In a few short days, the rubber will be spinning, engines will be screaming and, once again, 10 teams will begin their quest to be world champions in the pinnacle of motorsport, Formula One. F1 is recognized as the most technologically advanced racing series with budgets of up to $400 million and some of the coolest toys and advanced technology at their disposal.

But Formula One‘s governing body, the Fédération Internationale de l’Automobile or FIA, has been trying to put a clamp on their rapidly inflating budgets and this year has instituted a number of changes meant not only to arrest spending, but also attempt to level the playing field for the smaller teams. (The FIA estimates 2009 rule changes will result in savings of 30% or more over last year’s budgets.) Further, a number of these rules were instituted to increase overtaking. The ’09 regulations constitute some of the biggest rule changes in more than a quarter century.

So, with just hours to go until practice begins at Melbourne’s Albert Park, let’s take a look at some of the technical changes to the rule specifications for the 2009 FIA Formula One World Championship: 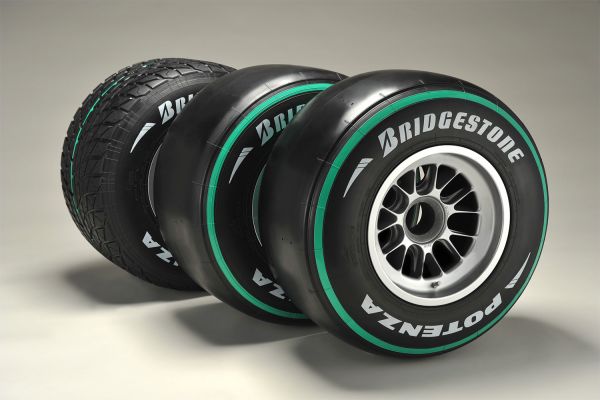 For the first time since being banned in ’98, we’ll see slick tires up and down the paddock. The softer compound of these tires will be identifiable by a green stripe on the sidewall (and the lack of grooves). Slicks not only provide a larger contact patch with the road, but increased grip in the corners – bringing an estimated 20% improvement in performance gain. There will once again be two choices in tire compound and teams will again have to use both compounds during the course of a race. Intermediate and wet tires will still be available during inclement weather. It will be interesting to see the first Grand Prix (GP) with rain — slicks will force a huge change in strategy.

There are major changes in this area for 2009. The front wing is lower and wider, which will result in a reduction in downforce. But a bigger concern for drivers is that the larger front wings are so prominent, damage could be difficult to avoid, especially at turn one/lap one. Further back on the car, many of the bumps and baubles that have sprouted up around the monocoque in recent years will be gone. No more viking horns or chimneys that we’ve seen on the Mercedes McLarens or the beautiful winglets or Gurney flaps on the side pods of the Renaults.

What’s more, the diffuser, which helps control airflow coming from under the car and which can account for 50% of a car’s downforce has been moved back and up, once again reducing aerodynamic grip. The rear wing has also been radically transformed, having been pushed up much higher and dramatically more narrow. The overall effect of these changes results in a slimmer, trimmer looking car and a shift from an emphasis on aerodynamic grip to mechanical grip.

And, for the first time ever, drivers will be given control over adjusting the flaps on the front wing, with a change of up to six degrees. This probably means yet another dial on an already crowded steering wheel. Drivers will be limited to two adjustments per lap. 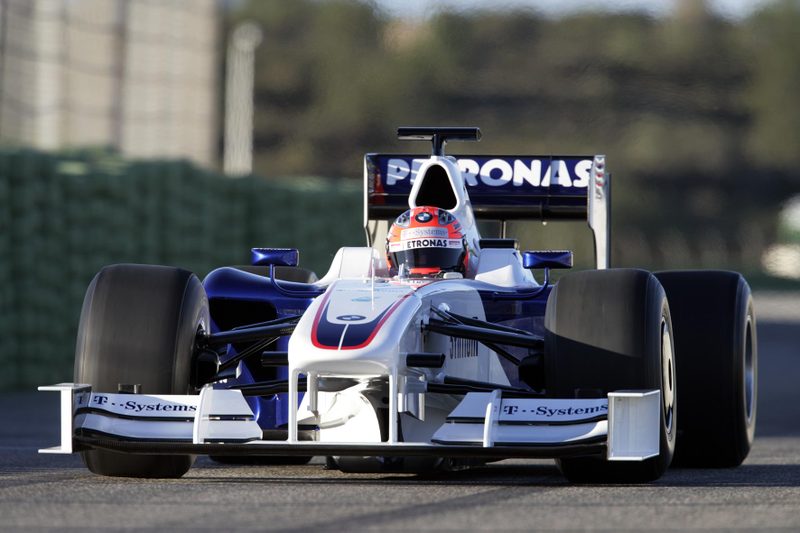 While the engines remain the same 2.4L
V8s that have been used for the past several years, they will be tuned down to 18,000 RPM in an attempt to prolong engine life. Finally, each team will be limited to eight engines per season, per driver, plus an additional four for team testing purposes, a total of 20 engines per team. This will save independent teams up to 50% on engine costs over 2008
prices. The three race rule was quietly dropped by the FIA, but may reappear in 2010.

Perhaps the most interesting technological change comes in an area that F1 cars are already highly respected for — braking. Ask any first-time F1 driver what element of driving takes the most adjustment and they almost universally identify the brakes. A typical F1 car is stopped by disc brakes with rotors made from the same carbon fibre-reinforced carbon that is found on the nose and leading edges of the space shuttle. These brakes are used for several reasons – their reduced weight, thermal resistance and anti-warping properties — all important when bringing a car from flat out to cornering speed in just seconds. An F1 car can go from 100 to 0
in just 55 feet and can exert up to 5.5g of force on drivers coming off long straightaways.

What’s new for 2009 is a progressive new change in F1 racing known simply as KERS or kinetic energy recovery system, a method for recovering energy expanded under braking. In the past, this energy would be dissipated as heat removed from the brake by vents, but now will be captured either by battery or flywheel (all teams but one have chosen the battery option at this point) –
much in the same manner as hybrid passenger cars recapture energy.

The energy will be stored and allow a driver an 80hp boost (that’s horsepower, not hit points) to his already impressive 800 horses for passing or defending position at the push of a button for up to seven seconds per lap.

Big changes abound here, as well.
In addition to the savings found through the efficiencies in aerodynamics, engines and tires, the FIA is looking elsewhere for to save budgets and help small teams. Information on tires and fuel will be shared during race weekend to eliminate the need for spotters.  Also, wind tunnels cannot be used after
January 1 with anything larger than 60% of full scale and any faster than 50 meters/sec. And finally, testing will not be allowed for the duration of the race season.

This year’s changes, coupled with last year’s removal of traction control, could actually lead to the vision of "more overtaking" that the FIA’s president, Max Mosley keeps talking about (but which never really materializes). So much focus has been placed on reducing aerodynamic grip, the FIA figures these changes will have an outcome of 40% reduction in overall downforce. Yet, this seems to be an annual theme that engineers keep finding ways to work around. If they haven’t figured it out by lights out at Melbourne, they will surely have solutions in the GPs to come. Look for the 40% number to be much smaller and – possibly – not much of a factor in lap times compared to 2008.

As with every new regulation, there will teams looking to push the letter of the law and there are already grumblings of protests and complaints that may follow the outcome of the Aussie GP, mostly regarding the diffuser. But I’m sure the stewards will act fairly. Just like they did all of last year.

Look for more changes in 2010 when tire warmers will supposedly be banned, transmissions will probably see conformity across all teams, USGPE will likely field its first team and Max and Bernie will undoubtedly continue to take all the fun out of Formula One. These are all yet to be seen.

But beyond the regulations outlined here, what can be guaranteed is that Anthony Hamilton will get plenty of face time on television, his son will make some horrible, stupid mistake, Kimi will suffer from more mechanical failures than anyone else … and my kids and I will be gathered around the TV on Sunday morning for the Australian Grand Prix. 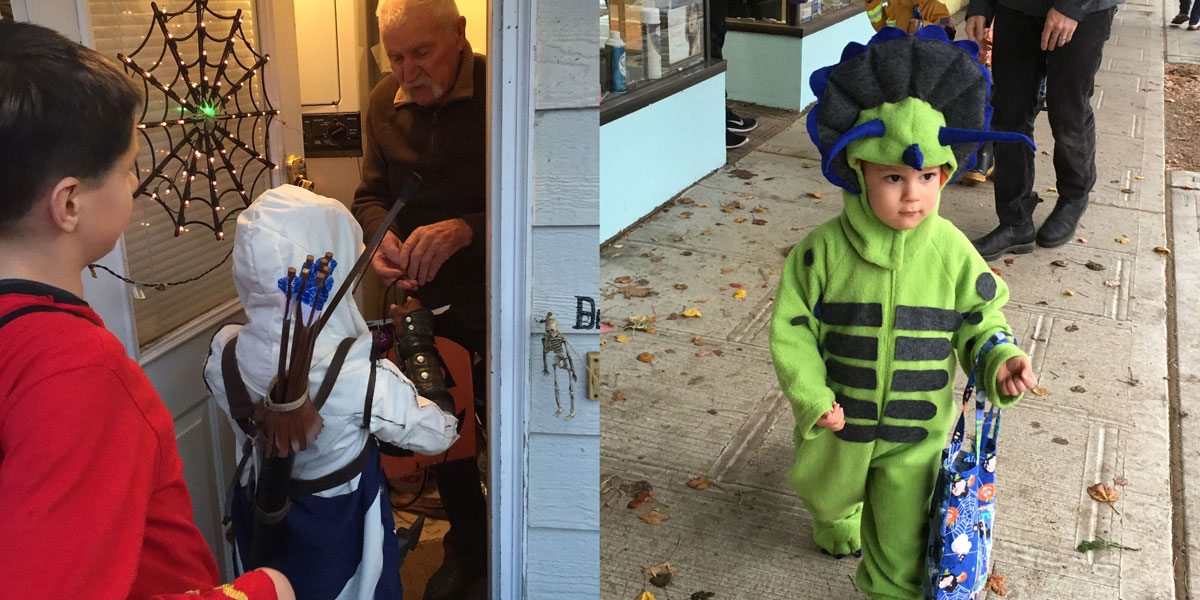