Everyone has annoying habits, and a sizable part of every successful marriage is learning to live with those things each other does that annoy you. I think it’s safe to say, too, that geeks have some habits that we think are awesome, but that non-geeks find a little…less awesome.

Now my wife is a geek, but she’s not as much of a geek as I am, so I asked her for some help putting together a list of ten things geeks do that annoy their spouses. She was perhaps a little too enthusiastic about helping out, but here are the results:

1. Punning – I remember when I was young, and thought that I must be the only geek (well, possibly nerd at that point) who loved to pun. Then I went to my first science fiction convention, and quickly learned 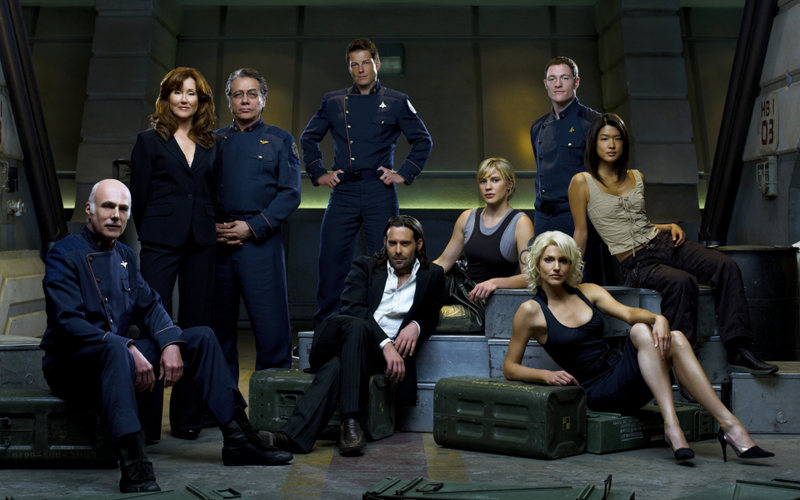 that not only was I wrong, but that there were plenty of far worse offenders than I. That gave me something to aspire to, of course, which I did for a while. Since college, I’ve scaled back on the relentless punning I used to practice, but I’m sure I’ll never quit completely.

2. Using "frak," or Klingon, or both, instead of regular swear words – Yes, this is a marvelous way to avoid accidentally using real, English swear words in front of the kids. I suspect that’s one of the reasons it can be annoying to others, though: it’s like a loophole in the no-swearing-in-front-of-the-kids rule. I caught my wife using "frak" the other day, now that she’s gotten into Battlestar Galactica, too (yes, just as it’s about to end), but she claims to have done that just to make me smile and says it still annoys her when I do it. Still, I figure she’d be more annoyed by my using real swear words, so I think I’ll stick with it.

3. Weird or over-the-top ways of celebrating mainstream holidays – Geeks rarely do anything by halves, as anyone who’s ever been to a costume contest at a major sci-fi convention can attest. So if we want to celebrate something we’re likely to go all-out. This can mean going to great lengths with Halloween decorations, or, as I’ve done several times, making tentative plans to serve rabbit for Easter dinner and venison for Christmas dinner (yes, I know, reindeer are caribou, but it’s close enough). No, I’ve never carried through on these plans, but when the kids are old enough not to be upset by the joke I might just. I do insist on playing Tom Lehrer’s Christmas Carol at least once each December.

4. Dissecting movies – Geeks, in my experience (and myself included), have a habit of picking movies apart, particularly just after watching them. We will discuss everything from the special effects to the minutiae of costume and prop design, but what gives us the most pleasure is identifying plot holes (no 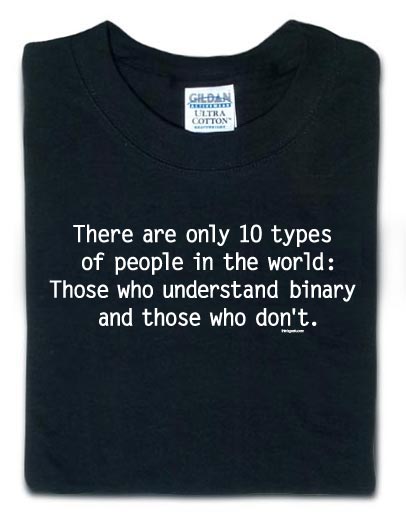 matter how small), anachronisms, and goofs in general, and, in adaptations, picking apart the cuts and modifications. For some reason, this tends to annoy non-geeks who, I guess, don’t enjoy the process.

5. Wearing obscurely geeky T-shirts to "normal" places – Every geek has at least a few of these; don’t try to deny it. We love them, because we get the jokes and we know that only other geeks will get them, too. Unfortunately, they can make our less geeky significant others feel a bit conspicuous when out with us—or maybe they feel the geekiness will rub off on them, I’m not quite sure. Still, I feel that if I have to occasionally let my daughter wear a Hello Kitty shirt out of the house, I can wear my shirts from ThinkGeek

6. Requiring extra room in the house for geeky things – Not all geeks have exactly the same space needs, but we’ve all got more than most people. There are the comic book collections accumulated over several decades, the stacks of board games and RPGs, and the old computer equipment that might be useful someday, you never know! Some of us need just a good-size closet or two, some of us need a room, and some of us take over the entire basement. For some strange reason, the people we live with tend to get a little annoyed at this. 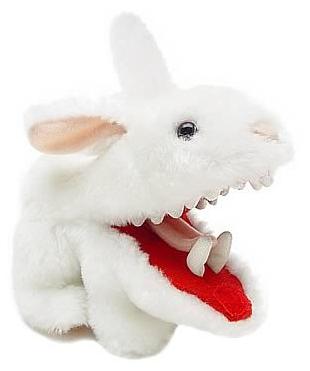 7. Geeky toys and decorations can be hard to explain to kids – Long has my plush vorpal bunny languished atop a tall bookcase, waiting for the day when my kids are old enough not to be scared by its huge bloody fangs. And how to properly explain my model of Minas Tirith to kids not quite old enough for The Lord of the Rings? I mean, if we say "You remember The Hobbit?
Well, it’s in the same world, but a country not mentioned in that book, and it figures heavily in a later story," that will only prompt a thousand questions about it. That’s not a bad thing, of course, but it can get a bit tiresome. At least the Warner Brothers cartoon sericels hanging on the walls are easily explained by simply putting in a DVD.

8. Looking up information while a discussion/argument is still in progress – So what are laptops and mobile phones for, if not to resolve disputes or questions wherever you happen to be? Why would anyone get annoyed when you pull out your iPhone in the middle of a discussion about, say, a news story, and a minute later break back into the conversation with the details of the story that everyone else had forgotten? Yeah, it beats me, too, but my wife insists this belongs on the list.

9. Needing to watch certain TV shows ASAP to avoid spoilers – It’s tough enough to find decent geeky shows on TV these days; think of how much worse it would be to accidentally hear or see a spoiler for an episode before you’d had a chance to watch it. And keeping away from
Twitter and Facebook and other social websites and services in case a spoiler happens to come across it just isn’t viable for that long because, let’s face it, we’re geeks and we’re addicted to the internet.
Non-geeks have shows they’re addicted to, too, of course, but, at least in my experience, not to quite the same extent.

10. Geeky projects that take over the house and whole weekends – We’ve done dozens of posts on projects big and small, from hacking IKEA bunk-beds to DIY iPhone stands. Some geek projects are simple and won’t take but a few minutes, and some just seem to take every bit of available space in your house. I think most spouses of geeks at least understand this behavior, but I suspect it annoys them more than they let on.

So, any additions to the list? Any spouses of geeks out there want to add a few of their own pet peeves? Please leave a comment.