What are the epic moments in that have moved the geek community this year? Beyond the normal human stories which impact everyone, certain events stuck in our heads as being uniquely geeky. Here’s what we came up with:

RepRap Self-Duplication
Remember when Jean-Luc first ordered an Earl Grey from a cubby in his quarters and we were like, WOAH DUDE. Now imagine if he had ordered another replicator from his replicator. While less science fictiony, the RepRap 3D printer’s revolutionary breakthrough — printing its own "child" RepRap — made a huge splash in the geek community. Still can’t print any kind of tea, though.

The Return of Jim Kirk
KHAAAN! The last frontier isn’t space, it’s William Shatner. Now, it too has been conquered. I can’t wait to check out the new flick.

Arduino Rerelease
Further cementing its nerd cred, the Arduino Duemilanove represents the latest edition of this rapidly evolving and expanding prototyping platform, so simple that artists and tinkerers can jump in with minimal study. 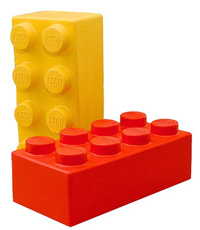 50th Anniversary of the LEGO Brick
Quite possibly the most successful toy in history, LEGO allows you to build everything from knitting machines to floating castles. With 2008 marking the 50th anniversary of the orginal patent, LEGO had an opportunity to remind us why their bricks rock.

Spore Launch
Possibly most hyped game launch of the year, Spore‘s premise is tantalizingly novel: create your own galactic civilization from the atoms up, develop its culture in a MMO setting, and take over the universe. Unfortunately, many players found the actual game-play to be uninspiring.

First GeekDad POTUS
He’s on twitter and flickr. He had a sophisticated position on Net Neutrality before most politicians heard of it. That’s right, baby — Barack Obama, our first geek president. We have no comment on rumors that the president-elect is a secret Zune-head.

Launch of the G1
The G1 — the only plausible iPhone competitor to come out of the now-crowded touchscreen market. Packing Android, an open-source Google-developed operating system which in itself is a potentially earthshaking development. Of course, open-source operating systems have a very limited track record for penetrating the marketplace, but with such a notable (not to mention uber-powerful and vaguely Sith-like) corporate sponsor pushing Android, maybe it has a future.

The Rise of Twitter
In the sea of humdrum social networking sites, one unlikely underdog rose to popularity: the elegantly simple Twitter. In the space of about a year they went from obscurity to sensation. They’re so big they scoffed at a buyout from Facebook. In a potentially life-threatening situation? Forget calling, just tweet.

Lost Tool Bag
When spacewalker Heidemarie Stefanyshyn-Piper lost her hundred-grand tool bag to the icy depths of space, she unwittingly unleashed a buzz of excitement among the geeky masses. Just what hardware was in the bag to make it worth so much? And could you really track the bag’s gradual voyage through the Low Earth Orbit junkfields via telescope?

D&D 4th Edition Debuts
The return of the classic, updated for a new generation of gamers who expect their pen and pencil gameplay to resemble the MMO experience. While curmudgeonly oldtimers wrung their hands over the changes, many noobs discovered the sense of wonder that brought hordes of polyhedron-clutching teens to the original game.

Netbooks Get Big
Ah, netbooks — wee notebook computers that offer the same experience (mostly) as real laptops, with an even tinier profile. Packing Linux and 7" LCDs, basically all you can do with this rigs is surf the net (hence the name) and email. Is it a fad that will lapse into a well-deserved obscurity like last year’s Dell? Or does the netbook herald the demise of the laptop as we know it? Ask me again after Macworld.

Mars Phoenix
We may not be able to put a human on Mars, but the next best thing is a cute robot. Phoenix’s accomplishments — including the first discovery of water on another planet — were telegraphed to 40,000 geeks via the most efficient manner possible — by Twitter.

Large Hadron Collider
Who down with LHC? Many a brow was furrowed over the Large Hadron Collider, a gigantic and absurdly spendy particle accelerator. While squares read frantic USAToday news stories about the end of the world, the rest of us pondered the deep questions only Smashie can answer: why does mass exists? Does the universe have extra, unused dimensions? Why are White Castle sliders so good? 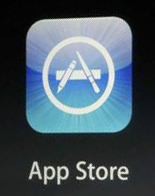 The App Store Opens
The iPhone was amazing from the get-go. I bought a unit on Day One at the $599 price and have no regrets. But the App Store, Apple’s online application marketplace, has totally revolutionized the way phones work, snagging news and market share for Cupertino. This isn’t Kool-Aid, applications are a necessity on any platform that hopes to compete — BlackBerry Storm, thy suckage is apparent to all.

Pre-Production starts on the Hobbit
Many geeks preferred the humanity and unpretentiousness of The Hobbit over LotR. Now the prequel gets the same fabulous treatment that the epic trilogy received a few years back.

The Kindle Revolutionizes eReading
Ebook readers were a joke up until 2008. Actually, they’re still a joke except for one: the Kindle. Packing Linux and an electronic paper screen, by all accounts the Kindle offers readability matching that of a real book. Actually released in 2007, it sold out in less than six hours and remained on a pre-order basis until April of this year. Guess what? It has sold out again and even Oprah has jumped on the bandwagon. Should book-lovers feel nervous that the nation’s number one bookstore has started pushing e-books? Relax, baby — you probably felt the same way when those newfangled round wheels came out.

Science Returns to the White House
President-elect Obama’s has appointed smart people such as Nobel-laureate Stephen Chu to various cabinet positions. This came as a welcome relief to a lot of geeks who cringed as year after year, policy was set on the basis of how it benefitted ideologues and party cronies, not on what was best for human beings or the earth.

OK, I’ve given you our eighteen. What did we miss? Please leave your thoughts in the comments.