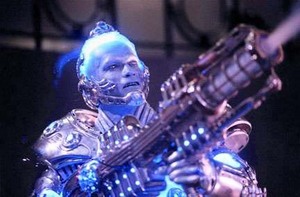 Environment Canada is a government agency responsible, among other things, for issuing weather bulletins that get picked by various news outlets.  Being a government agency, the text of these has always tended to be factual, and straight to the point.  During times of severe weather, Environment Canada issues Official Weather Warnings.  These too, have always tended to be somewhat bland.  This is a typical Weather Warning:

Wind chill warning…  The combination of strong westerly winds and very cold Arctic air is producing extreme wind values of minus 30 in the Windsor Chatham and Elgin areas.

Informative and gets right to the point.

However, I’ve noticed a number of occasions in the last few months where more flowery text was starting to sneak into these bulletins.  The clipped sentences would sometimes grow in length and it almost seemed at times as though every once in a while, someone was getting a little imaginative with the narrative.  I thought I was imagining it, until late last week when the ultimate Weather Warning was issued.  Our region was expecting to get hit with a pair of storms featuring heavy snow and high winds.  It was going to be unpleasant.

Like Russ, we ended up with a snow day, with school boards shutting down and many people hunkering down to work from home.

But the best part was that Weather Warning.  Environment Canada actually used the term "snowmaggedon" to describe what was coming.  Obviously there’s someone working a shift at the agency who knows how to write a headline and how to employ a word that’s guaranteed to get noticed (which is where my suspicion about slumming journalists comes in).  Within hours, newspapers, radio stations and web sites were warning of the impending doom of snowmaggedon or stormaggedon and some were telling us to watch out for snowzilla.

Now, to be fair, in their official Weather Warning, Environment Canada did the right thing and inserted a disclaimer to try to diffuse the panic that snowmaggedon was bound to cause:

“The term ‘snow-mageddon’ is not meant to alarm anyone or make light of the situation, but to highlight the cumulative effects and impacts that a series of snowstorms can have on a wide region.”

I got a kick out of the whole thing, but the hyperbole does make it a bit difficult to explain to the kids, not to mention making it somewhat challenging to quantify what the actual threat level is.  And more importantly, where do you go from snowmaggedon?  I mean that was a few days of blustery weather and a foot of snow.  What happens when we get hit with a real blizzard?  Someone over there better be playing around with winter disaster-themed word combos because they’re going to have a hard time topping this one; and winter only just started on Sunday.

In the end, snowmaggedon was just another Southern Ontario storm.  I spent way too much time shoveling, our newest puppy had a tough time keeping up his house training with the snow in the back yard over his head and I had to use my shovel to fight off a pack of velosnowraptors.

Google Sky — Now on the Web, and Wrong