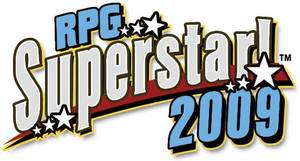 As we described earlier this year, Superstar gathered the ideas of hundreds of wannabe game writers together, with multiple rounds weeding out the unfit till only one remained. That lucky writer got a contract to write an adventure module for Paizo.

Starting at 2 PM Pacific Time on December 5, 2008, contestants will be able to submit their RPG Superstar entry at paizo.com/rpgsuperstar. For the first round, that entry will be a wondrous item designed for use with Paizo’s Pathfinder Roleplaying Game. Each entry must be 200 words or less, and must include all of the proper mechanics and flavor. Contestants must submit their entry by January 2, 2009. Judges will select the top 32 entries to be announced on January 20, 2009; those 32 contestants will be assigned a new design task and their entries will be posted on paizo.com for the public to read, critique, and vote on. The designers garnering the most votes in each round will continue on to subsequent rounds, and the ultimate winner will earn a paid commission to write one of Paizo’s upcoming Pathfinder Modules!

So get your brain crankin’ and design a wondrous item for round one. Note that all entries become the property of Paizo, so save your really good stuff until you’re a game-writing pro!

Download the Beta version of the Pathfinder rules here.

Giger Cake May Make You Bust a Gut