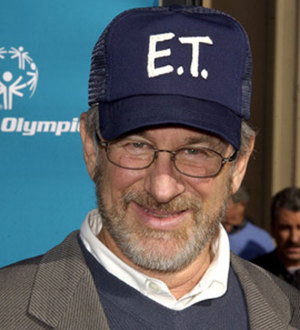 Steven Allan Spielberg was born on December 18, 1946 in Cincinnati, OH. He began making 8mm movies as a teenager growing up in Arizona. After his parents divorce, he and his father then moved to California. It was there that what started as an unpaid internship at Universal Studios became a professional career, making Spielberg one of the youngest directors ever signed to a long-term deal by a Hollywood studio.

Spielberg went on to direct some of the most successful films of all time, including such genre-related blockbusters as Close Encounters of the Third Kind, Raiders of the Lost Ark, E.T. the Extra-Terrestrial, Indiana Jones and the Temple of Doom, Indiana Jones and the Last Crusade, Jurassic Park, The Lost World: Jurassic Park, A.I. Artificial Intelligence, Minority Report, War of the Worlds and Indiana Jones and the Kingdom of the Crystal Skull . He has also produced some fine great animated fare for the large and small screen, including two of my personal favs The Animaniacs and Pinky and the Brain. He is a co-founder of DreamWorks (with Jeffrey Katzenberg and David Geffen) which is now a subsidiary of Viacom.

All of us here at GeekDad wish you a very Happy Birthday Steven!

A Tale of Two Investigations (Trail of Cthulhu Adventure Review)