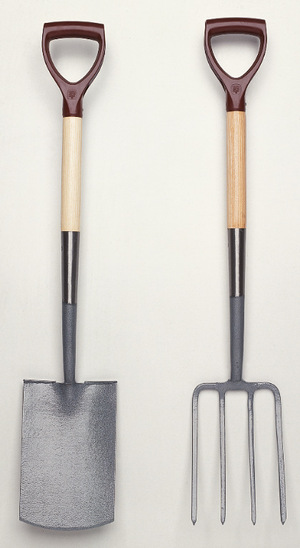 Reviewing games that have been converted to the DS from one of the home consoles is often a case of identifying where they have cut the corners. Or in some cases realizing that the game in hand is an entirely different experience – only bearing the same name as the full console title.

It came as a pleasant surprise then that Viva Pinata on DS is impressively fully featured. Not only that but the form factor of Nintendo’s portable machine suites the game play really well. Real Time Strategies (RTS) simply seem to need some sort of pointing device – and the DS Stylus does a great job. Not only that but the load times when switching from your garden to the encyclopedia is much faster than the 360.

So this week I have one of my parent’s guide for you that points out the ins and outs of this odd little RTS gardening game on the DS. 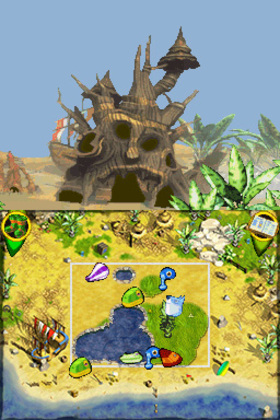 Parents’ Review: Viva Pinata: Pocket Paradise
Viva Pinata is the Microsoft brand based around the Spanish Pinata tradition. The games originated on the 360 and as such were unusual in their casual younger gamer appeal. In the absence of their own handheld platform (let’s not talk about the Zune), the big M are happy to bring Viva Pinata to Nintendo’s DS – bringing their console game experience to the portable gaming market.

What Sort of Game is This?
Real time strategy games present the player with a resource rich environment and task them with developing encampments and units more effectively than their enemies. Once created, troops can usually be arranged into groups and directed in real time.

When the player directs an encounter to take , place the comparative stats of vehicles, characters and current landscape are used to calculate the winner. Forest usually makes you harder to hit, whilst tanks do more damage than infantry.

Because of these game’s requirement for fast decisions from the player they were originally the preserve of the mouse and keyboard setup of the PC. More recently, intelligent control systems have brought them to home consoles and handhelds.

What Does This Game Add to the Genre?
Viva Pinata is unusual because of its animal breeding and gardening theme. The game still contains resource gathering elements, although this is in the form of growing flowers, vegetables and fruit. These resources are used as bate to attract various animal visitors to the garden. Once they have the appropriate elements in place to become resident, they can then be bred. The final aspect is discovering how to evolve the animals into different variants by feeding them certain flowers or other animals.

The rarer the plants are that you grow and the animals that you breed, the more money they can be sold for. Money can then be used to buy special features for the garden, or a range of paper-based Pinata animals that each have special abilities.

The DS game brings the majority of features from the home console version to the handheld. Its touch screen interface works really well with the real time strategy genre, accordingly controls are quick and precise. Although the breadth of variety and options is slightly reduced here, the additional screen real-estate provided by the second screen enables the player to better understand what is going on. What’s more the loading times on the DS are a fraction of those on Viva Pinata: Trouble in Paradise 360, something which really aids the ongoing enjoyment of the game.

What do People Play this Game To Experience?
Gamers usually play Viva Pinata because they are attracted to the idea of growing and breeding their own living garden. The graphics play particular well to the papercraft Pinata theme, and make the experience one that feels genuinely magical.

The experience of attracting and breeding a new animal gives a real sense of achievement. Combine this with the relaxing pace of the game and you have a unique gaming experience.

The DS version takes this experience and puts it in your pocket. It is testament to the conversion that it convinces players of the original that this is essentially the game. Whereas other Real Time Strategies (such as Age of Empires: Age of Kings DS) created paired down Turn Based versions of their games, Viva Pinata keeps the action in real time and does so with some aplomb.

How Much Free Time is Required to Play It?
The game demands a good 30 minutes for each session. It takes a good while to remember what needed doing in your garden from the last time you played. Then you need to make and implement your plans for progression. The DS’s sleep function does help, but most players will want to set aside a good hour to get the most from the game.

Being essentially open ended, you can play the game for many hours. Although you will have seen the majority of animals after 20 hours or so, there is always one more thing to try and one more animal to evolve.

What Factors Impact on Suitability for Novice/Expert Young/Old Players?
Very young players will be able to tap around their garden, planting flowers watering plants and generally having fun. But the game is really build around the strategy elements that need a little more intuition.

My five year old just about grasped the basics, but found the garden intruders too un-nerving to continue playing. These ‘baddies’ come stomping into your little world and will kill your animals if you are not quick enough. This combines with the animal’s own fighting and eating of each other to make the game strangely violent – in a natural history kind of way.

Intermediate players appreciate the game’s finer points and the detailed gameplay. There is an extensive encyclopedia of each animal, flower and plant that can be looked up. Whilst expert should also enjoy this portable version of the console game, they may find some of their pet features from the Viva Pinata: Trouble in Paradise 360 version are missing. It remains to be seen just how many varieties of each animal are available on the DS, and if we see online communities springing up to provide hints and tips for their creation, like we did on the original 360 game.

WIRED Gardening on the go.

GeekDad Goes to Disneyland Part 2: A Treat for Food Geeks

Trebuchette Reaches Its Funding Goal; Prepare for the Siege to Begin!