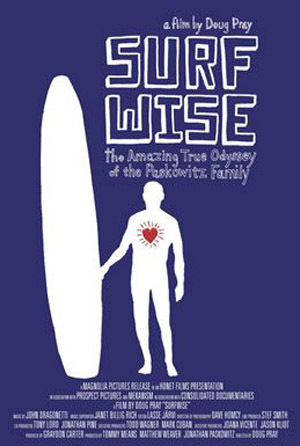 I get it, I really do. Even though I’m only a GeekMom — and my husband and I are fairly wussy when it comes to dangerous fun for the kids — I understand that allowing your children to take more risk than is generally acceptable nowadays is sometimes a way of building self-reliance and competence, as well as those memories that will stick with them for life. But you want them to be good memories, right?

So while I’ve been sitting out Bad Dad Month so far, I’ve felt compelled to put in my two cents behind the scenes. For instance, I spoke up against a proposed post (and was seconded by many) that suggested letting your kids ride their bikes without helmets. Feeling the wind in your hair versus a cracked cranium is (pardon the expression) a no-brainer as far as I’m concerned. Some safety measures are worth instilling as habits precisely for that one time that something can happen. It’s about weighing the gains against the costs.

It’s also about stopping a moment to reflect whether the risky business you’re encouraging your kids to undertake springs from their own desire for more freedom — or your view of how childhood should be lived. This week I happened catch a new documentary about a well-meaning Bad Dad whose now adult offspring are still debating whether living outside society’s rules was on balance worth the security they lived without.

In Surfwise, a film about Doc Paskowitz, who left a thriving medical career to live the life of a beach bum with his wife Juliette and their nine children in a 24-foot camper, son Salvador tells us about

Paskowitz had a philosophy of "Clean Living" and "Clean Surfing" that included a diet completely devoid of processed foods (one child told NPR of gorging himself on Cap’n Crunch at a school breakfast on a rare stay in civilization), exercising every day as a role model for the public (even if he had to beat them to pose for the cameras), and doing without material goods (including toys, presents, and sometimes enough clothes to be considered fully dressed anywhere but a beach).

Now the Paskowitz brood does remember fondly traveling around the continent, running wild without parental supervision for much of the day, the closeness with their siblings, and that feeling of physical well-being. Doc eventually started a Surf Camp that is still in the family. Juliette, a singer and opera buff, passed on a musical gift that several of her children turned into careers. And it is obvious that the lack of schooling didn’t hurt them none when it came to be well-spoken and intelligent.

But somehow Paskowitz didn’t impart to his kids an understanding that they could use the experience they DID have to enter the "real world" on a level with their peers. (One son says he was told it would take him 10 years to finish a 4-year-college degree because he was so far behind — an assertion that today’s homeschoolers would strongly dispute.) And because his philosophy was so clear, so right to him, he bristled at any attempt by his children to go off and explore their own paths. David, the oldest, talks about his father’s fury when he decided to leave home … at age 23.

At the end of Surfwise, the entire Paskowitz family — some of whom had been estranged from their parents and siblings — comes together in a reunion that had to be healing for all of them. But Doc Paskowitz (and his fictional counterparts in books like Paul Theroux’s The Mosquito Coast and Barbara Kingsolver’s The Poisonwood Bible) should give all Bad Dads a moment’s pause.

Just ask yourself, Yeah it’s fun. We survived it.

But am I doing it for me or for them?

NOTE: Surfwise is rated R for foul language, and for detailed discussion by both parents and children of what sex is like in a 24-foot camper within earshot of your kids.

New Muppets Spoof Trailer: “The Pig With the Froggy Tattoo”