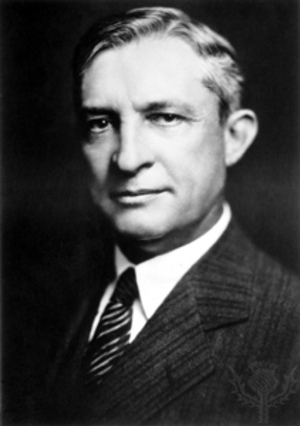 With a heat wave engulfing huge portions of the country and the scorching dog days of summer not far behind, we owe it to ourselves to take a moment and thank Willis Haviland Carrier‘s mother for subscribing to the Make manifesto "If you can’t open it, you don’t own it."

Granted, it was the late 1800s and the sewing machines, clocks and other household devices Carrier was taking apart didn’t have stringent IP protection, but Carrier’s mother promoted learning through disassembly. His tinkering led him into engineering and — eventually — improving and commercializing the air-conditioning unit.

It’s thought that the first cooling of buildings was engineered by the Romans, who ran aqueducts through the houses of the upper class to cool them. In Cairo, during the middle ages, many homes used ventilators to move air through houses. Then, during the 19th century, there were several advances in cooling through evaporation. But it wasn’t until 1902 that Carrier put all of these concepts together.

Carrier, working for just $10.00 a week, had been tasked with solving a problem of high temperatures and humidity that were hurting a printing company’s business. Carrier solved the problem and recognized there must be a wider market for cooling air during periods of high temperatures. But — due to the Great Depression — it wasn’t until after the second World War that air conditioning really got going. Like many inventions, Carrier wasn’t the first to market. But his was the first that succeeded on a large scale.

Today, it’s tough to imagine life without Carrier’s invention, which he called "the Weathermaker." The ability to cool hot environments has allowed us to live in areas that were previously unbearable. Adding AC
to cars has made long trips in the family truckster almost tolerable and — as many in law enforcement will attest — cool air can help keep tempers from getting too hot and possibly prevent violence. Is there anything air conditioning can’t improve?

Well, in this age of global warming, it’s important to consider air conditioning’s effect on the environment. With hot weather and air conditioning use, energy demands skyrocket, not to mention harmful refrigerants that some older systems rely on. But like many other segments of our lives, environmental strides are being made in the area of air conditioning, as well.

Replacing an older air-conditioning unit can save up to 40 percent on energy costs.
And just this past week, scientists in Spain announced the development of an environmentally friendly air-conditioning system that uses solar energy to cool.
Plus, there are newer options like geothermal heating and cooling.
Or you can simply turn up the thermostat, give your kid a fan and sip some lemonade.

Carrier passed away in 1950, just as air conditioning was gaining a reputation. However, his invention’s popularity has been anything but an overnight success. Just 30 years ago, only 36 percent of new homes had central air conditioning. Today, nearly 90 percent of new construction includes the sweet, cool air.

So, as you ease into your movie theater seat to watch The Dark Knight
or duck into your house for a quick cool-down after mowing your lawn, remember to thank Willis Haviland Carrier and his wonderful invention.

Note: This post was inspired by Ben Stein’s opinion commentary in praise of air conditioning on the program CBS Sunday Morning.

‘Gloom of Thrones’: a Card Game to Conquer the Realm