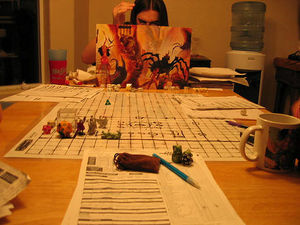 Have you had a chance to delve into Dungeons & Dragons 4th Edition yet? If you have, you’ve already discovered how the seminal tabletop RPG has evolved from its precursors. Leaner, more simplified rules make for a graduated learning curve that is perfect for kids.

Each character class has exciting and unique features that make even the beefiest fighter a tactical delight to play. But how do you keep your gaming group on the same page?

Whether you’re running a table for the kids or playing at your Friendly Local Gaming Store with the guys, we’ve got some great tools to keep the dice rolling right after the jump.

What fan-made creations do you use in your games?