Another report from the Intel International Science and Engineering Fair in Atlanta.  This video shows Chris King with his project titled "Electromagnetic Levitation." Take a look in the Extended Post.

Chris was obviously on top of his subject here; I could have mistaken him for an Intel engineer!  His project, using a computer chip and sensors to dynamically control electromagnets and create stable levitation, was very impressive, and the wow-factor had a crowd surrounding him at all times.  Plus, it just looks like magic!  Awesome! 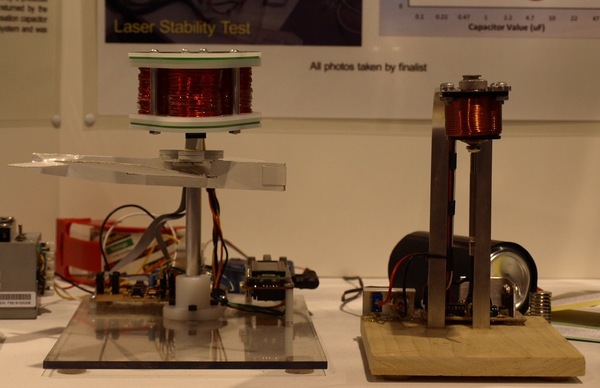 Thanks to Intel for bringing me to this great event!