One of the aspects of my geekism, that I’ve never regretted, is my love for role-playing games. No, not MMORPGs. Not Playstation. Good ol’ fashioned paper, pencil, and polyhedron dice role-playing games. Aside from the fact that they promote literacy, social interaction, ethics, and math skills in kids, they’re lots of fun. If you’ve never introduced your kids to RPGs, the holidays are a great time to start. I used to sell these things back in the late 80′s (the RPG heyday) So I have a few good suggestions. 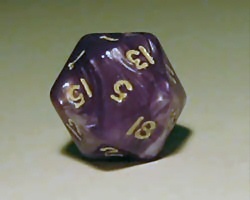 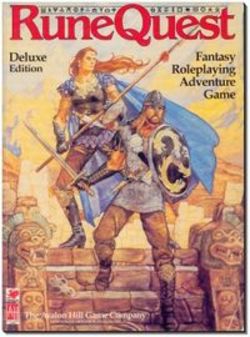 The plus side: Runequest has probably the most intuitively recognizable system of all of the games. Anyone looking at their character sheet who sees “Bastard Sword: 50%” knows that when they attack with a Bastard Sword it’s probably even money that they’ll hit. The characteristics may not be that intuitively recognizable (“How strong is a 13 Strength?”), but they’re simple and there’s only seven of them. The experience system is also very simple and makes the most sense.

The minus side: Kids might not be into the Glorantha background world. It’s very complex and more appealing to adults who’ve read Joseph Campbell and Michael Moorcock. So you might need to write up your own back ground material. My recommendation is to either make your background simple or familiar (i.e., set in Tolkien’s Middle Earth) – or both. Character generation can take a bit of time, and hour or so, but not much. 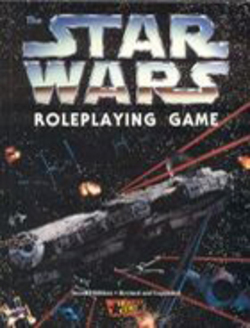 The plus side: the Star Wars system is by far the simplest system out there. All characteristics, skills, and abilities are expressed in amounts of six-sided dice. That’s it. Combats are fast. Character generation takes about ten minutes, with two of those minutes spent coming up with a name. I assume you all know the formula for generating your Star Wars name. If not, I’m sure someone will no doubt post it as a comment. Star Wars source material is also not only very familiar to us all, it is mostly written for kids in terms of reading level.

The minus side: some might find the Star Wars system a little too simple, but probably not the geeklets.

The plus side: I don’t know the current D&D system well. However, I have a number of friends who swear by it and have played it with their kids since it came out. I’ve heard the new 20-sided version is supposed to be very fun. D&D also has heaps of “special abilities” which kids love.

The minus side: some young players might find the system more complex and hard to understand. 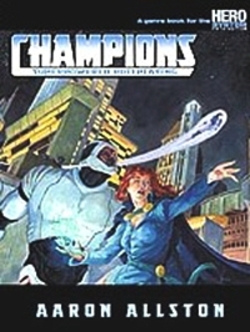 The plus side: Champions is the best super-hero game you’re going to find. If your kids are super-obsessed, you may want to think about this game.

The minus side: Champions is complicated and time-consuming. Character generation can take hours. Combat takes hours as well. Champions is also very math intensive. While you don’t have to be good with algebra to play Champs, it helps. 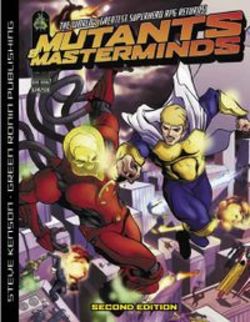 The plus side: M&M is also a really good super-hero game. It is also based upon the same “open-license” 20-sided game system that D&D is based upon. Consequently M&M is much simpler than Champs. Character generation and combat take much less time.

For gaming with my pup, I run a Runequest-based system (RQ2) and use the Middle Earth background set just after Return of the King (the Fell creatures form an underground resistance spurred on by the discovery of one of the lost rings). She just killed her first orc. They grow up so fast.