It’s pretty late in the summer to be sharing this thought but having just gotten back from a trip to Cape Cod, it’s top of mind.  Every summer my family heads out to Cape Cod for some family time on the beach.  But Cape Cod being Cape Cod, there are inevitably a few rainy days.  In anticipation of those rainy days, before heading out to the Cape, we make a stop off at a good toy store or two to buy games for the rainy days.  Some years we pick better than others.  But it is always fun to play games as a family (particularly when sitting on the beach is out of the question). 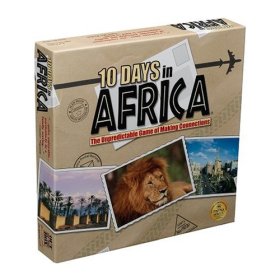 This year’s crop of games were pretty well received.  One that we particularly liked was called 10 Days in Africa.  The object in 10 Days in Africa is to create a 10 day journey around the African continent.  There are cards representing each country in Africa and by picking and trading cards, you need to create a contiguous path around the continent of Africa.  It’s a fun strategy game the byproduct of which is a pretty decent understanding of the African map.  Once you’ve mastered Africa, you can also get 10 Days in the USA, 10 Days in Asia and 10 Days in Europe. 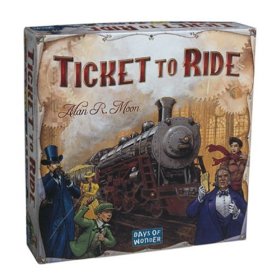 Having just gotten back from the Cape, it will be another year before we search out a new set of games for the family to play during the inevitable rainy day.  With any luck there will be more games like 10 Days in Africa and Ticket to Ride for us to pick up by next summer.