In the trenches of motherhood posted a simple project that I think every GeekKid and GeekDad would enjoy.  Take come cardboard tubes (toilet or otherwise), duct tape (how is that not cool?), some scratched or old CDs.  Combine them with a washer, some paper clips, a rubber band and a pencil to wind up the engine and you get a little racing toy that has a surprising likeness to a certain Star Wars vehicle.

The project post gives all the details and includes plenty of photographs of the whole process.  Here is
one racer ready to have its "engine" installed. 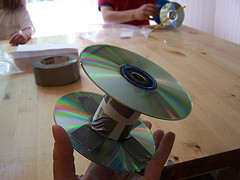 And the finished products racing along… 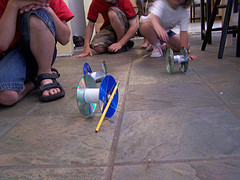 Given the striking resemblance to the Star Wars Tie Fighters, extra geek cred goes to the GeekDad who makes a functional racer that actually looks something like the Empire’s menace.  I found a picture of a model on Flickr to help get your imaginations going. 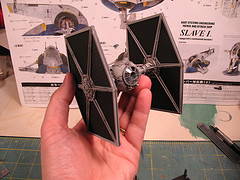 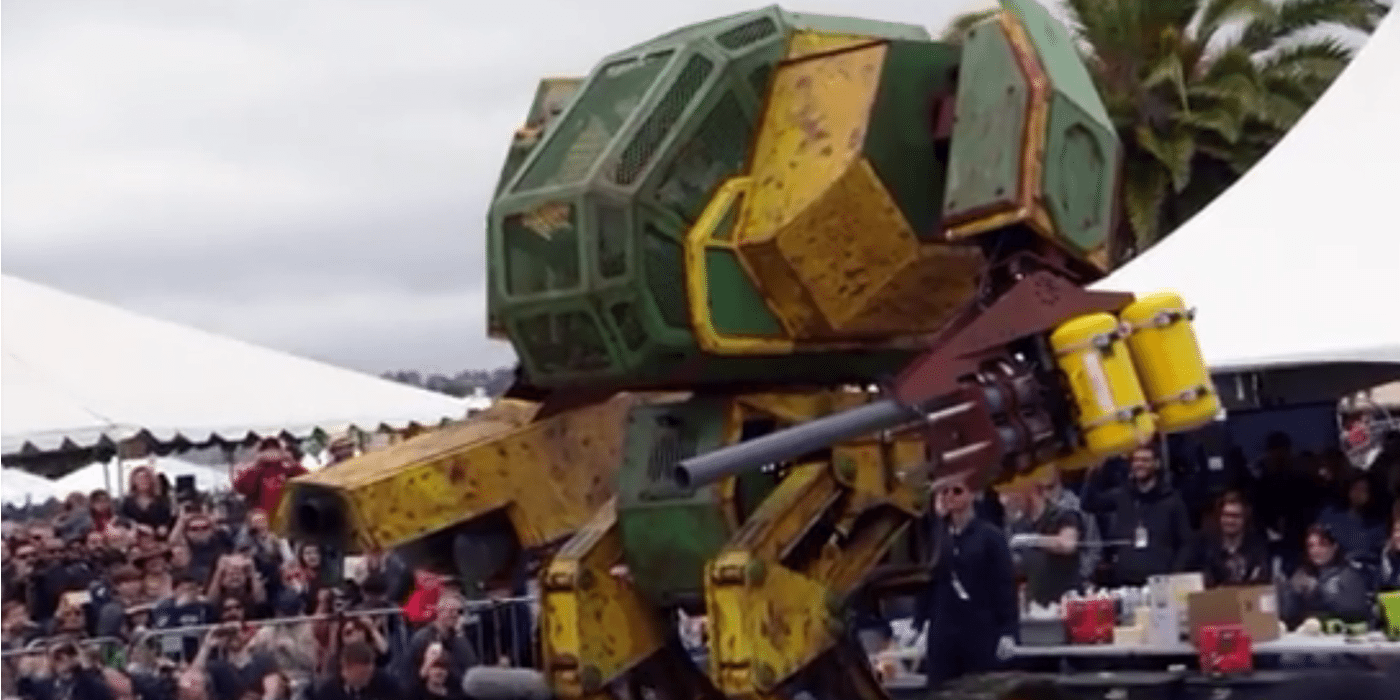