This fellow W.E. Johns has got the Geekdad spirit.

I bought a toy King Tiger for my 5-year old son (the only reason we men have kids is so we can play with their toys) and, well, I just “got to thinking.” Could this thing be scaled up and fitted with R/C controls? How big could it be made? Why not – dare I say it? – big enough for ME TO DRIVE AROUND? Well, that was a bit excessive, but one big enough for my son to drive around is well within reason. (Or at least more reasonable than most of the things I do.)

Just imagine the looks on your neighbors faces when you rumble into the midst of their barbecue in a Panzer, and paste the beer cooler with your 37mm potato cannon. That’ll teach ’em to drink Canadian beer on the 4th of July. 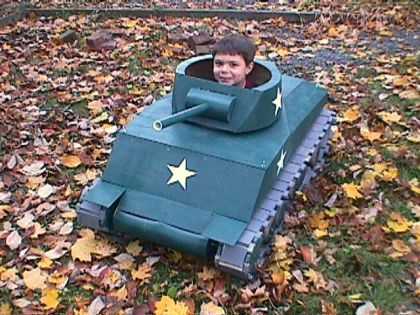 It is powered by an electric motor, and controled with an X-arcade joystick. But the real kicker are the working wooden catepillar treads. Whahoooooo! 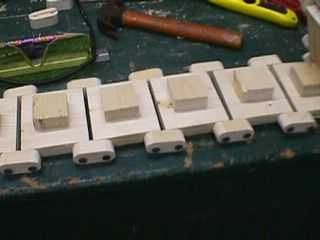 The guy offers a very detailed step-by-step build out on his site, and sells plans if you want them. His site called the Gizmologist’s Liar has a bunch of other projects — like a homemade paint ball gun — and tons of maker hints. Cool guy.