San Francisco is one of the most visited cities in the world.  And whether you live here or plan a visit in the future, there are some truly fantastic places to take your kids.  For those of you who are camera geek dads like me, these spots also make great places to bring the DSLR out and get some great shots.  I’ve compiled a report on 10 of the best places that geek dads can take their kids in the Bay Area.  I’ve tried to put emphasis on places that are free or low cost and educational in nature where possible.

The Adventure Playground is one most engaging places to take kids in the Bay Area.  The place is full of hideouts, dead pianos, boats and most exciting, a fully functional zipline that kids can ride down into a big pile of dirt.

The playground allows kids to build on just about anything there and trades kids saws and hammers in exchange for trash and bent nails that kids collect helping to keep the place clean.  They can also get paint and brushes and pretty much paint anything on the playground, including the dead pianos.

Make sure to dress your kids in clothes that you don’t care about getting paint on because you likely will.  A fun way to let kids build and explore their creativity in  one of the best playgrounds in the Bay Area.

San Francisco’s Exploratorium is a sensational smorgosbord of creativity and experimentation for kids.

A giant two level warehouse located at the Palace of Fine Arts, you can find so many educational inventions that have been created to delight your kids.

From sand on a conveyor belt to floating beach balls held in mid air by stream of air, to a giant tactile dome, kids can explore the concepts of science behind electricity, sound, energy, light, motion and just about any other scientific concept that you can think of for kids.

If you have really young kids, they also have a contained little tyke blocks and play area inside the musuem.  There is also a little cafe in the museum, or you can bring your own food like we usually do and just eat it on the benches inside.

The museum was founded in 1969 by noted physicist and educator Dr. Frank Oppenheimer.  Easy parking.

The Chabot Space and Science Center is the place to go in the Bay Area for children to learn about astronomy and the galaxy.  The museum has a planetarium (since we’re being geek dads I’ll mention that it’s the "Ask Jeeves" Planetarium) that plays a great show for kids under 5 called Sunshine on Sunday mornings.

The center also has a fantastic Mars exhibit full of hands on things for the kids to do, a replica space capsule that the kids can sit in and of course a fully functional observatory for viewing the moon and planets at night.

Take your kids out for a special night treat and let them look through the giant telescopes.  It’s exciting for them to go out with you after dark.  My boys really loved checking out Saturn on the largest of the telescopes.

There is convenient on site parking at the location

At Codornices Park it’s all about the slide.  That’s my son Jackson coming down in the photo and he could go down it over and over and over again all day long.

Golden Gate Park has some nice cement slides as well, but the curves and speed of the slide at Codornices Park make it even better.  You can bring your own cardboard for your kids to sit on when they ride down it, but there is usually plenty of cardboard there.

I especially like the park because it has a nice fenced off playground for kids under 5 where my daughters can play while I watch my boys who are older head down the slide.

There is also a nice mixed ages playground between the slide and the under five playground.

Make sure that you also check out the tunnel in the park that runs under the road.  It’s got great echoes and can make for some really cool silhouette type photos.

There is a great grassy field there where you can have lunch with the kids as well.

There are tons of great creatures for your kids to check out from the ever popular "It’s NEMO!" clown fish to snakes and lizards and the most entertaining exhibit "the feeding of the penguins."

It’s also a great place to bring your macro lens and get all kinds of close up fish, insect, and reptile shots like the one to the left.

The USS Hornet is a decommissioned United States Aircraft Carrier that was used in World War II.  You can explore pretty much the entire ship and keep in mind that you’ll be climbing lots of stairs and ladders.  You can see the quarters where the men slept, the kitchen where they ate, the deck of the carrier itself and pretty much anyplace else there.

Be sure to check out the ship’s jail, where they would put soldiers who misbehaved.

The carrier has docent guided tours or you can just go exploring for yourself.

7.  Julius Kahn Park.    Julius Kahn Playground is located on the Presidio’s southern border along West Pacific Avenue (between the Arguello and Presidio Gates).  415-831-2782.

Julius Kahn Park is certainly one of the nicest parks for kids in San Francisco.  The newly renovated park has a great play structure for kids to climb on.  A big grassy field, a unique giant merry-go-round, cool two kid swings, and a fountain that pours water into the sand for kids to play with.  Although it’s a tad small it is my favorite park in San Francisco for my kids.

You can park across the street for free and there are picnic tables right next to the play area along with a big grassy field where you can have lunch if you want.

Golden Gate Park has so many different places to take your kids, but two of the best are the playground near the south east end of the park as well as Stow Lake where you can rent boats and paddle around the lake.  The playground has some great cement slides, giant play structures and a big carrousel that is open on the weekends.

Stow Lake has some great birds that you can get really close to in the boats for photos and the kids love getting out on the water.  That’s a double breasted cormorant from Stow Lake in the photo.

The de Young Museum in the park might also be an interesting place to take your kids to show them some of the art if they interested in this.  The de Young Museum has a great photography policy and lets you bring your camera in to shoot.

Yes, we’ve all been on or over this one a million times it feels like, but trust me, get the kids out there running around on the pedestrian area of the bridge and they will have a wonderful time.

There’s something about feeling the steel and all of the noise drowning out the delightful boisterousness of boys especially.  As big as the bridge seems when you go over it it’s even bigger in real life when you are up on it and exploring around.

It does get cold up there even on a warm day in San Francisco because of the wind so be sure and pack some warm jackets for your kids.

Both zoos have recently renovated their children’s zoos making them especially great for kids.  The San Francisco Zoo in particular has one of the best children’s zoos I’ve ever visited including a great prairie dog and meerkat exhibit and a petting zoo where the kids can interact directly with the typical barnyard type animals. 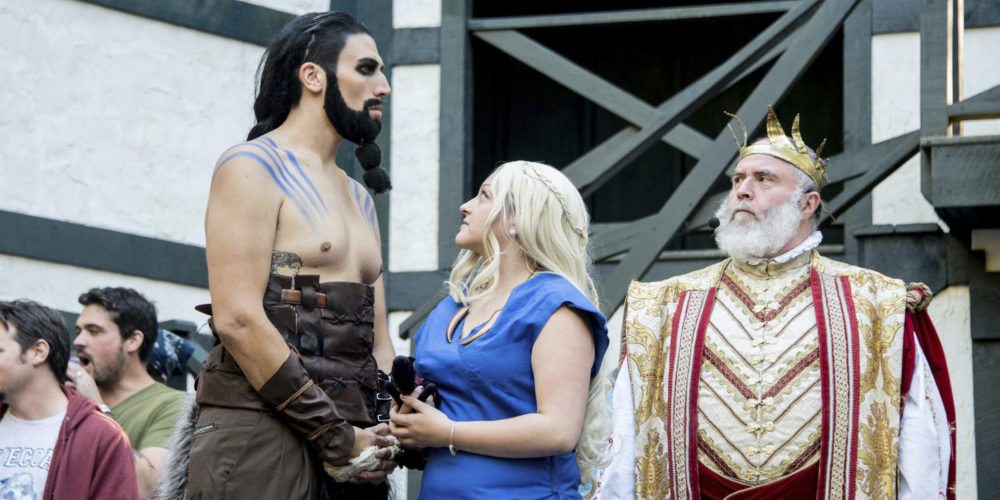