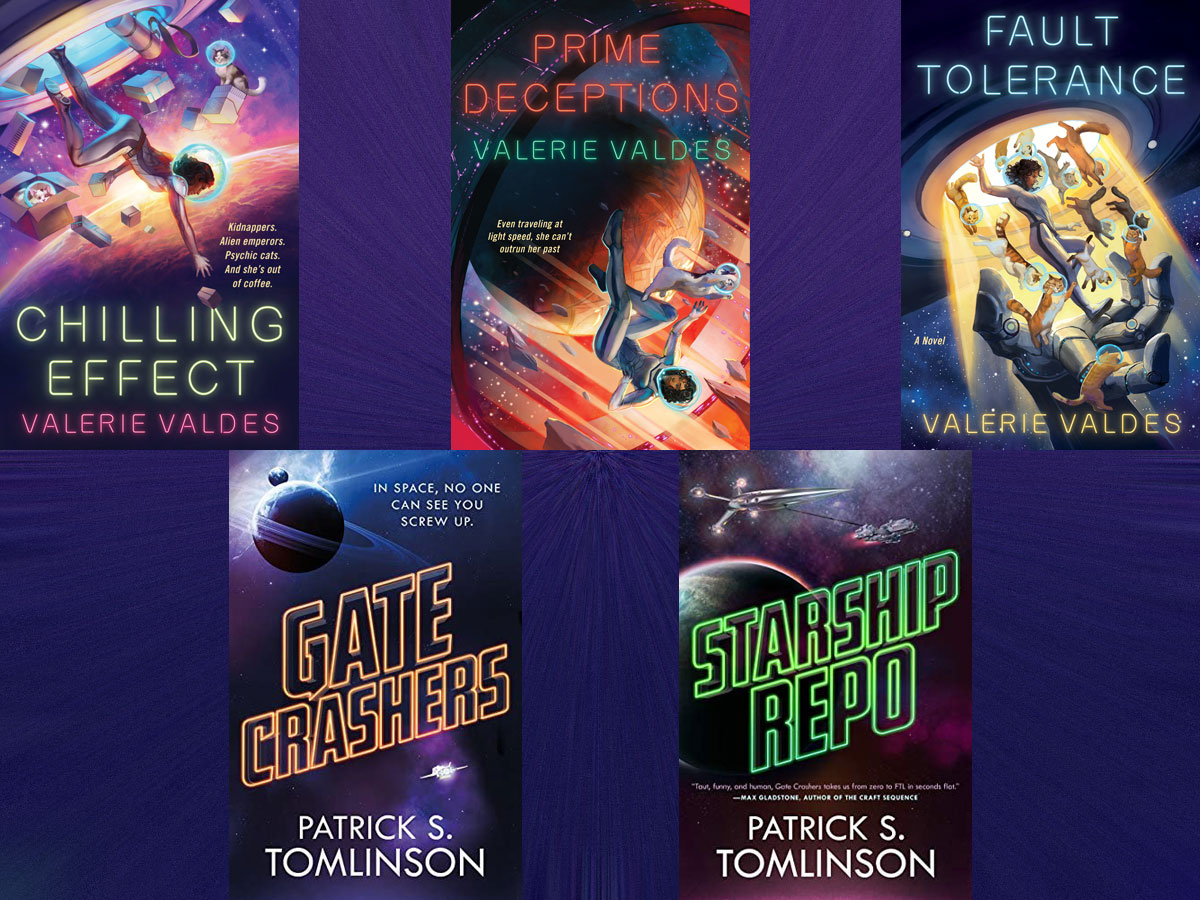 I haven’t gotten quite as much reading done in the past month, but I have read two new-to-me sci-fi series, so I’ll share those with you today. 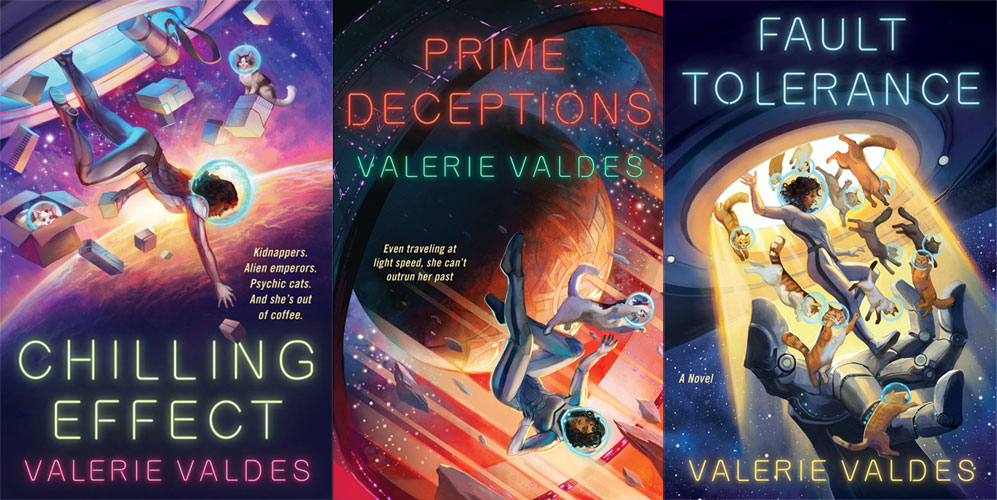 This series has three books in it (so far, at least): Chilling Effect, Prime Deceptions, and Fault Tolerance. Fault Tolerance was just published in August, but I hadn’t read the first two until just this fall. Valerie Valdes is a Cuban American, and the protagonist in her books has a Cuban background as well—though it’s hard to say exactly what “Cuban American” means far into the future when humanity has taken to the stars and intermingled with aliens across the universe. In this book, at least, it means that Captain Eva Innocente still curses in Spanish and has a particular way she enjoys her coffee—though it can be hard to find when she’s far from Earth.

Eva’s ship is La Sirena Negra, and she’s got a ragtag crew delivering cargo. While she had once been a part of her dad’s criminal enterprises, she left after a particularly harrowing experience and has gone legit, though that hasn’t done wonders for their bottom line. Unfortunately, her sister has been kidnapped by a terrifying group known as The Fridge (because they put their hostages in cryo), and she’s been tasked with several dangerous missions that may require some of her crew’s former skillsets.

In Prime Deceptions, Eva has been asked for help tracking down a scientist who may have some important information about the Proarkhe, an ancient civilization that left behind mysterious technology, including the gates that allow for faster-than-light travel. The hunt takes her to Garilia, the site of the job that still haunts Eva, and we learn a bit more about her back story.

Finally, in Fault Tolerances, the Proarkhe actually show up and they’re … not friendly. All across the universe, a message has been broadcast: surrender or die. Eva gets a tip from a surprising source, and goes in search of the superweapon that can supposedly save the world.

These are sci-fi books for those who are looking for colorful characters and outlandish situations, but don’t necessarily need things to be scientifically accurate or even all that plausible. There’s a lot of humor in them, which felt a little jarring to me, having just come from reading the Lady Astronaut series, which is much more science-based. I hadn’t gone into this one expecting “BOFA” jokes (particularly one that continues into the second book). The books also include a lot of pop culture allusions, from Portal to Pokemon, but not just as a passing reference. Some significant plot points hinge on concepts borrowed from these shows or games; it’s not entirely clear to me if if they’re supposed to be a surprise when revealed or if they’re meant to be obvious, but those parts of the stories weren’t as fun to me as Valdes’ own creations, like the psychic cats that live on her ship.

Overall, I enjoyed the characters and the plot lines, but didn’t always care for some of the on-the-nose jokes and references. 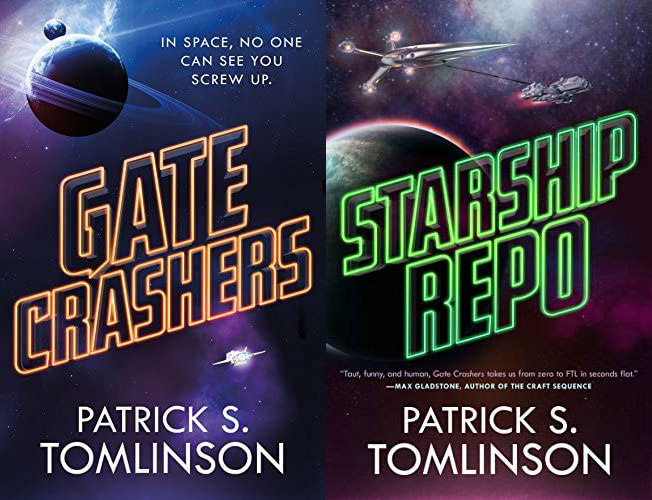 This series has two books, Gate Crashers and Starship Repo (published in 2018 and 2019). These also lean toward the humorous side of sci-fi, though there’s also enough technical jargon that I didn’t quite get that at first. It’s a few centuries in the future, and humans have colonized other planets, but haven’t encountered other intelligent life yet … until now. In the first book, the crew of the Magellan have come across a strange object, clearly not of natural origin, floating in space, and decide to bring it back to Earth to do some research. What they soon discover is that humans are in what’s essentially a nature preserve to keep other alien species out, and what they’ve stolen is one of the fenceposts. The discovery of this alien artifact allows humans to achieve great leaps in technology, and they soon find themselves interacting with aliens—and not all of them are particularly fond of humans.

The books have a strange mix of things that have thought-out scientific explanations (the quantum entanglement radio that humans use to communicate with far-flung spaceships, the time dilation involved in space travel, the breakdown of the alien artifact itself) and the completely arbitrary (all references to human pop culture are from around the late 20th century, as if humans stopped making movies and music after 2020 for a few centuries). It feels like Tomlinson worked pretty hard at making some of the science seem plausible, but then hand-waved the impact that three hundred years of history and space travel would have on human behavior or even language. I definitely enjoyed the book more once I realized he was going more for Douglas Adams than hard sci-fi, but then the sciencey bits felt out of place. (And in the acknowledgements, he does note that part of his inspiration was reading Hitchhiker’s Guide to the Galaxy and feeling like he could do a better ending. Okay, Tomlinson is no Douglas Adams, but the books did end up being pretty entertaining nonetheless.)

Starship Repo takes place a little while later, after the universe has had their formal introduction to humans, and shifts gears to more of a local story. A teenage girl ran away from her home on a human colony and has found herself on Junktion, a space station farther than most humans have made it so far. Her name is Firstname Lastname (due to a clerical error), and she survives by hustling, whether it’s playing three-card monte on the station (the aliens had never seen it before) or stealing aircars. Eventually, though, she ends up working on a crew that repossesses starships (thus the title) as the hacker, and that’s when we fall into a sort of Leverage-like plot with heists and cons and convoluted plans to acquire the starships that have fallen into arrears.

Although the two books have very different plots, they share the same DNA—a wide variety of wacky aliens, the incredible hubris of humans as a species, and the way that the world of aliens is actually very much like our own, just with more eyeballs and tentacles.

Well, that’s it for today! I’ve got a few comics and novels in my queue to start up next, but the holidays are always a busy time and my reading (and writing!) pace tends to drop off a bit, but hopefully I can share a few more before the year is out. Happy reading! 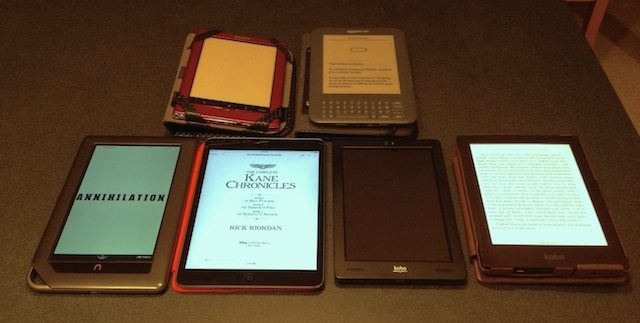 Which is Better for Reading? An E-Reader or a Small Tablet? 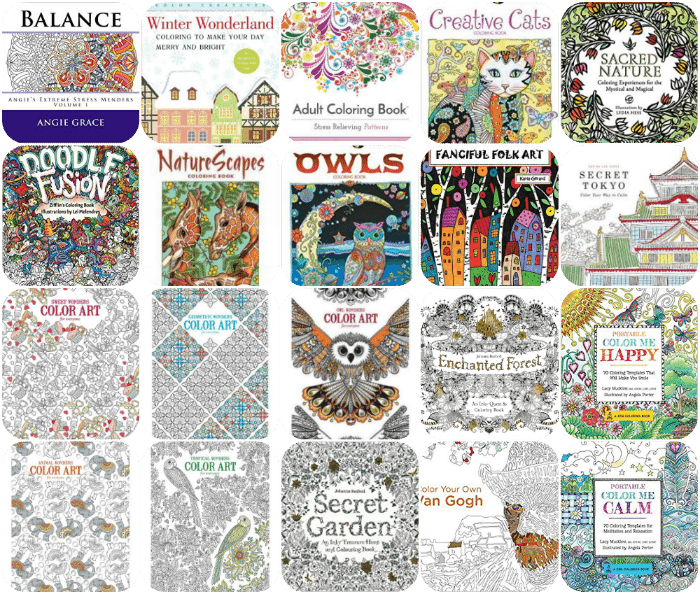 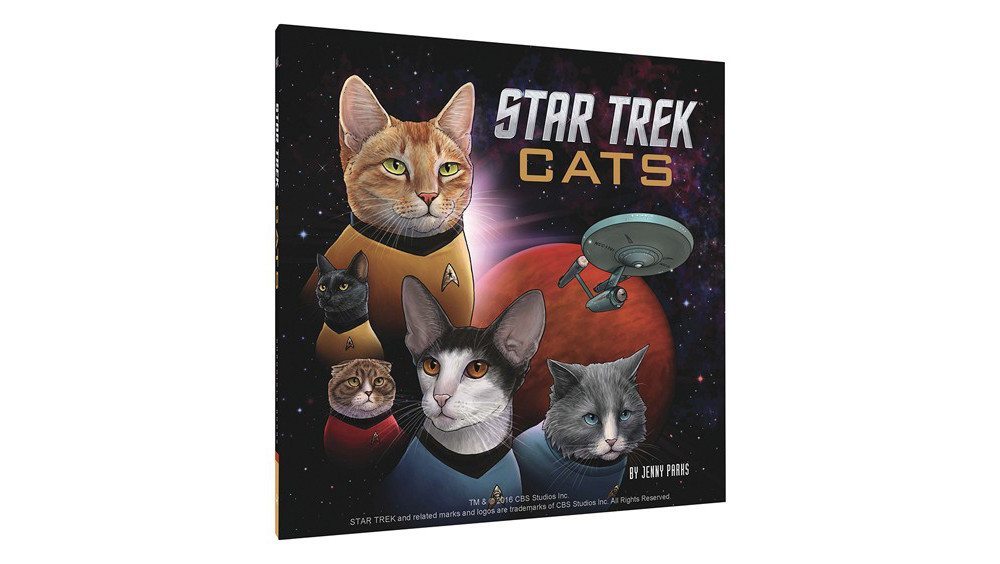 Set Phasers to Feline: ‘Star Trek Cats’ Has Beamed Up