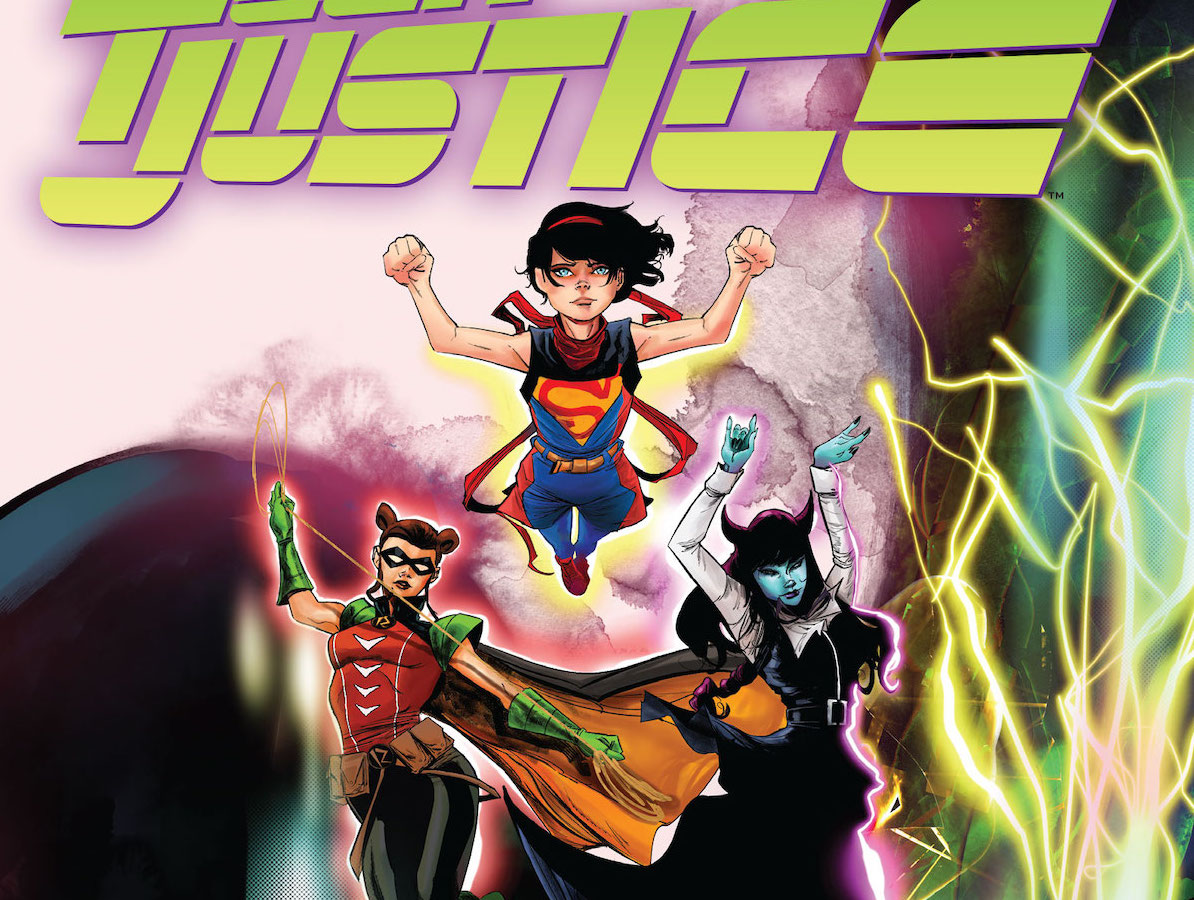 Ray: In the penultimate issue of this miniseries, we start out high-tech and end in a surprisingly intimate story. Terry has managed to rescue Officer Boonma, who was transformed into the Sword of Gotham by the villainous AI Gotham, and has enlisted the help of the strange hive-mind criminal Gestalt to cure her. But after it becomes clear just how deep Gotham’s tentacles go and how vulnerable everyone is to its reach, Terry winds up holing up in an underground cave for the duration—and goes through a dark night of the soul as he tries to figure out what Bruce’s loss and his new role as the only Batman means for him. This is a pretty compelling issue, even with the main plot sort of being in a holding pattern for the issue. We’ve got a lot to resolve in only one issue, with Lumos and Gotham having a massive plan in the works, but so far this has been a strong addition to the Batman Beyond mythos.

Ray: By giving us a whole new team, this multiversal mini has made the entire Teen Titans concept feel fresh again. When we last let off, Troy and Raven’s attempt to infiltrate the Church of Blood had fallen apart when Troy had seemingly sided with them, leaving Raven to be kicked out and separated from his confidant—leaving him no choice but to seek the help of Teen Justice, which he had been hesitant to join. Meanwhile, Aquagirl—the team’s senior member—has been off on her own mission, which plunges us into this world’s Lantern corp mythology. It’s surprisingly a lot more complex than flipping everyone’s gender and features some major players showing up. Overall, this is a more character-driven issue than the last few, focusing on a few key players, but it’s really creating a likable team and Vecchio’s art feels like it was made to draw for these characters.

Review – Superman: Up in the Sky #6: Long Journey Home