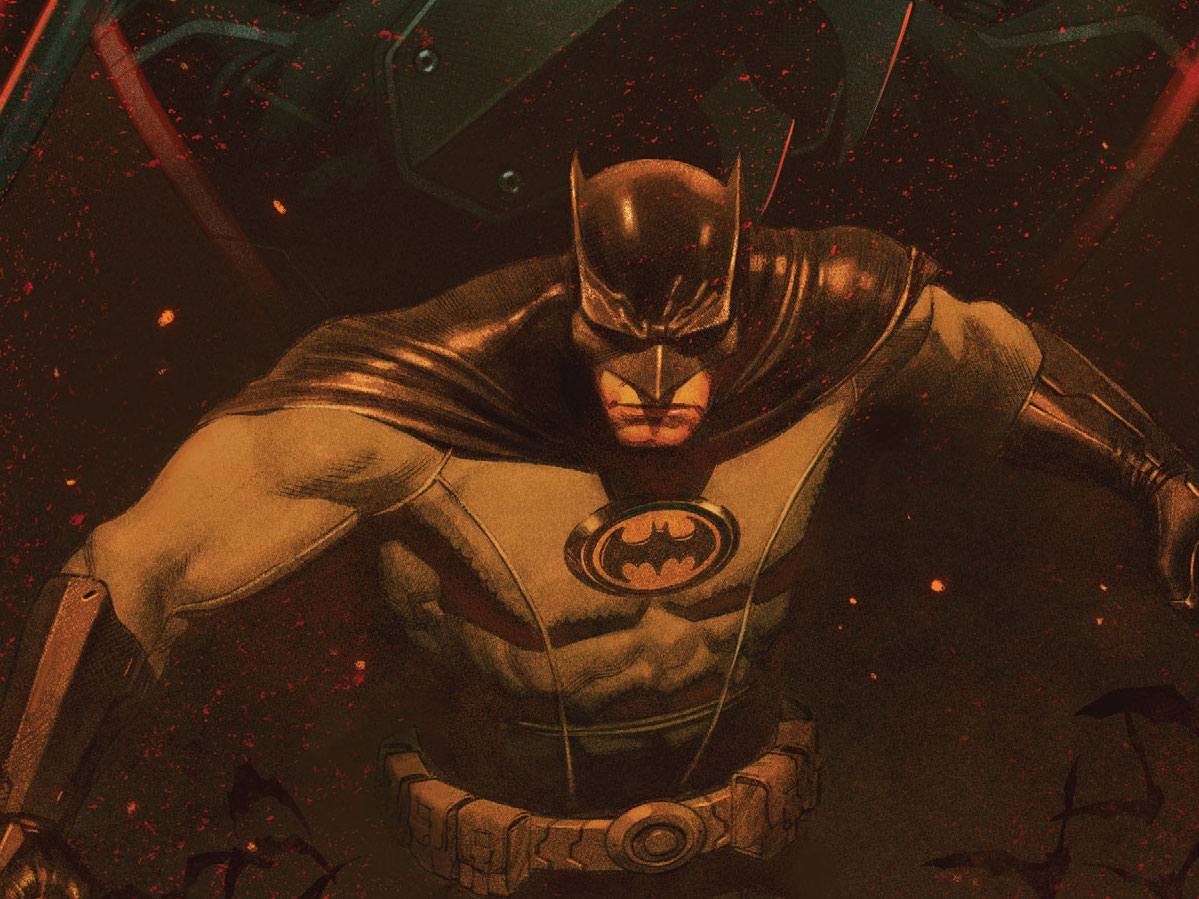 Ray: Sending Batman abroad for his first arc has been a great move on Josh Williamson’s part, putting him in a completely new situation and setting him off-balance. Now Williamson is paying tribute to one of the best Batman: The Animated Series episodes—“Blind as a Bat” as the mysterious Abyss has used unknown technology to plunge Batman into darkness, rendering him temporarily blind. Bruce is forced to rely on his training and the help of Detective Cayha to escape from a tight situation and get to a place where he can investigate his condition and figure out what was done to him—while Lex Luthor and Abyss lurk around every corner, ready to make a bad situation worse.

Similar to the Wonder Woman story by Greg Rucka, I think this issue might be glossing over how difficult it would be for Batman to function while blind, especially immediately. But a segment where he infiltrates where Batman Inc is being held is the issue’s strongest action, and has one great set piece after another until we get to the shocking cliffhanger. I’ve got to say, though, Williamson’s Luthor steals the show in every scene he’s in. He’s relentlessly sinister and Machiavellian, but also a master manipulator who knows exactly how to pull Batman’s strings. Abyss, we still don’t know too much about, but he cuts an imposing figure as the villain. Three issues in, this continues to be a strong addition to a great streak of Bat-runs.

Karl Kerschl continues to deliver on the backup as well, as Maps Mizoguchi and Batman get into a truly bizarre quest. In search of Maps’ missing friend, Batman has descended into the sewers—only to be swarmed by a group of strange reptilian creatures. Kerschl’s art is great, but the real joy in this segment is in every last bit of Maps’ dialogue. Particularly when she’s in the Batmobile, desperately trying to restrain her glee as the she works behind the scenes to help Batman, she’s reminding us why she’s one of the best new Bat-characters in a long time.