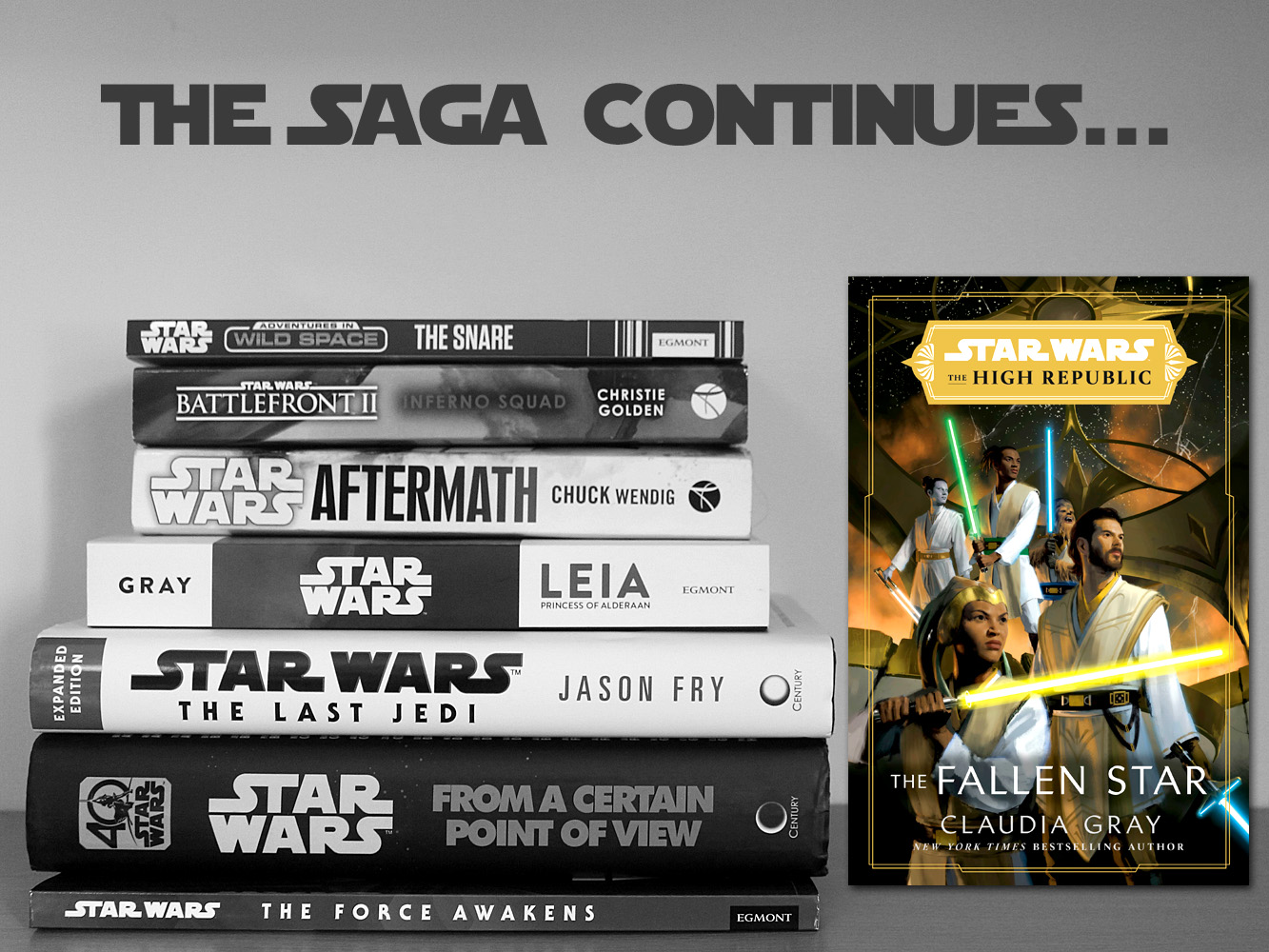 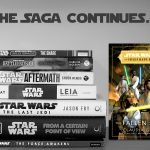 It’s been a while since I tackled the latest from the Star Wars ongoing canon, but with a new year comes new stories and the first book I’m looking at is The Fallen Star by Claudia Grey, the next installment from the High Republic.

Please note: This post contains affiliate links. Spoilers ahead for The High Republic: Light of the Jedi and The Rising Storm.

The Fallen Star takes place several months after the events of The Rising Storm and sees the Jedi still recovering from the attack on the Republic Fair. Avar Kriss has set off on a solo mission, attempting to capture Lourna Dee whom she incorrectly believes to be the Eye of the Nihil, intending to end their threat once and for all, meanwhile, padawan Bell Zettifar is still reeling from the death of his master Loden Greatstorm during a terrifying attack none of them can yet understand. For now, the Jedi have massed on the grand space station the Starlight Beacon, currently in orbit over the small planet of Eiram where they are working to restore the water supply after a natural disaster. Survivors and refugees also begin to mass at the station as the nihil, apparently in their death throes, launch seemingly random and desperate attacks across the sector.

However, Marchion Ro has other plans. The true leader of the nihil has dispatched three of his most loyal followers undercover to Starlight. Once there, they begin a silent program of sabotage designed to incapacitate the station entirely while trapping Jedi and civilians on board as the station plummets toward the surface of Eiram. But worse than the saboteurs are the creatures they brought with them. The monsters responsible for the death of Loden Greatstorm have the ability to corrupt and distort the Force, cutting off the Jedi from the source of their strength. As these shadows stalk the corridors of Starlight Beacon, the Jedi aboard feel their connection to the Force and one another weaken, just when they need to rely on it the most. Will they be able to rally together once more or is the star of the High Republic destined to fall?

The Fallen Star is easily my favorite of the High Republic novels so far, once again cementing Claudia Grey as my favorite Star Wars author. Slow at first, the tension here starts to build right from the beginning and just keeps growing. There are countless moments when you find yourself willing the Jedi to see what is happening right under their noses, all the time knowing that the creatures brought to Starlight by the nihil are preventing them from doing just that. The novel, perhaps oddly, reminded me very much of the movie Titanic. Even in the early, more lighthearted scenes, there is a sense of looming disaster because you know something terrible is coming. Once impact occurs, the pace changes but the tension continues to build because every minute that passes brings those on board closer to their ultimate fate. No one is safe and not everyone is going to make it out alive.

The book includes all the characters from the previous High Republic novels, although Avar Kriss is notable for her absence for most of the story, leaving most of the focus to fall on her Jedi Master companions Elzar Mann and Stellan Gios. Elzar is still recuperating from his flirtation with the Dark Side in The Rising Storm and it was great to watch him handle that during a period of intense stress. I was delighted to spend so much time with Bell Zettifar and his charhound Ember and I loved seeing the development of his friendship with fellow padawan Burryaga the Wookie as Burry helps support his friend through a difficult time. As with the previous High Republic books, I wasn’t wildly interested in the chapters focusing on Marchion Ro, especially as all he seemed to do in this particular outing was gloat. I did find myself surprised by one event involving him at the book’s end, but I didn’t feel like he had too much development here.

There were also two new characters who caught my attention. Regald Coll is a Jedi Knight with a brilliant sense of humor who has spent most of his time working in the Jedi creche, leading to some hilarious anecdotes about looking after toddlers who can use the Force. Honestly, I’d love to read a picture book all about his time there! My other new favorite was Geode, the navigator on one of the transports docked at Starlight Beacon. Geode is a Vintian, a species that appear to most sentients to be nothing more than a very large slab of rock. Despite never speaking out loud, he ended up having quite the personality and I’m very much looking forward to finally reading the High Republic YA novel Into the Dark where he made his first appearance.

The Fallen Star is the final adult novel in phase one of the High Republic era and does a great job of setting the stage for phase two—Quest of the Jedi—while raising the stakes even higher. I’m excited to see where the story goes from here.

GeekMom received a copy of this title for review purposes.

Click through to read all of “The Saga Continues: ‘The High Republic: The Fallen Star’ by Claudia Grey” at GeekMom.If you value content from GeekMom, please support us via Patreon or use this link to shop at Amazon. Thanks!

SuperHeroStuff.com is Coming to Mega Con!