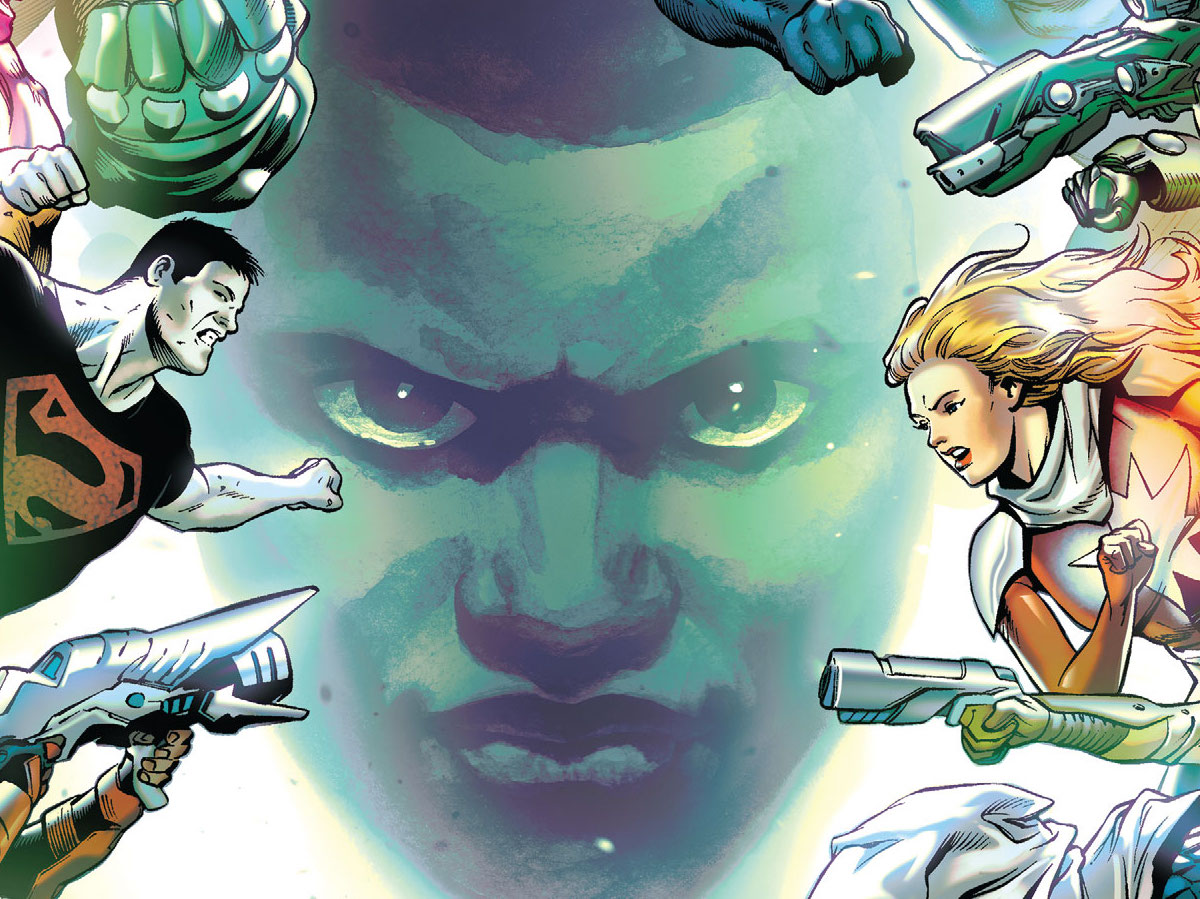 Ray: Wrapping up this retro series celebrating the Justice League Unlimited series, we’ve got an issue that surprisingly keeps things minimalist for the first part—for a good reason. Most of reality has been destroyed, and only a select few Leaguers remain in a pocket created by John Stewart. He’s joined by Martian Manhunter, Wonder Woman, Flash, and Batman—and one of them might have the key to reviving the multiverse. Despite the epic scale of the story that led to this issue, it’s mostly driven by the characters we’ve gotten to know, including the two Amazos as they struggle to see if they can find an equilibrium between them. It’s more than a little overstuffed, especially the back half, but it ties up a lot of subplots including the fate of Overman and leaves the League in an interesting place. J’onn in particular gets a new role that I would love to see more of if the creative team returns for another engagement.

Ray: This series is going to play host to a crossover with The Flash and Teen Titans Academy in a few months, complete with a new cowriter. This chaotic issue is mostly setting the stage for that, as the two rival Suicide Squads finally come face to face. The best part of this issue is the one-on-one battle between the Squad’s two most ruthless warriors, Peacemaker and Bloodsport. The reveal of how far Waller is willing to go to ensure Bloodsport’s loyalty is… extreme, and I’m not a fan of how overtly villainous she’s being portrayed as. She’s far worse here than Lok was in the Taylor series. The rest of the squad is mostly off dealing with adventures in the multiverse, including a showdown on the home of the Retaliators. These Marvel pastiche heroes are funny, but they don’t really make a compelling threat. One thing about this series, though—it never slows down enough to let you get bored, rocketing from one bizarre development to another.

Ray: While the first issue seemed to be a promising religious satire, unfortunately every successive issue of this series just seems to be an exercise of how gross the creative team can be. This issue centers around a new character called the “Fuck Mother,” a decrepit old crone who oversees a sex cult, tortures unfortunate initiates, and holds court entirely naked. Much of the humor seems to be about her profane rantings, while the two main characters occasionally vomit and their demonic hitchhiker holds court in their van. The beginning of the issue, showing the beginning of the soul plumber cult in medieval Italy, is stronger, featuring some genuine dark humor and creepy visuals, but the main series doesn’t have the ambition it needs to explore it. It feels like a Garth Ennis comic, partially due to the two artists being frequent collaborators of his, but it feels like one of his lesser efforts where body humor replaces storytelling.