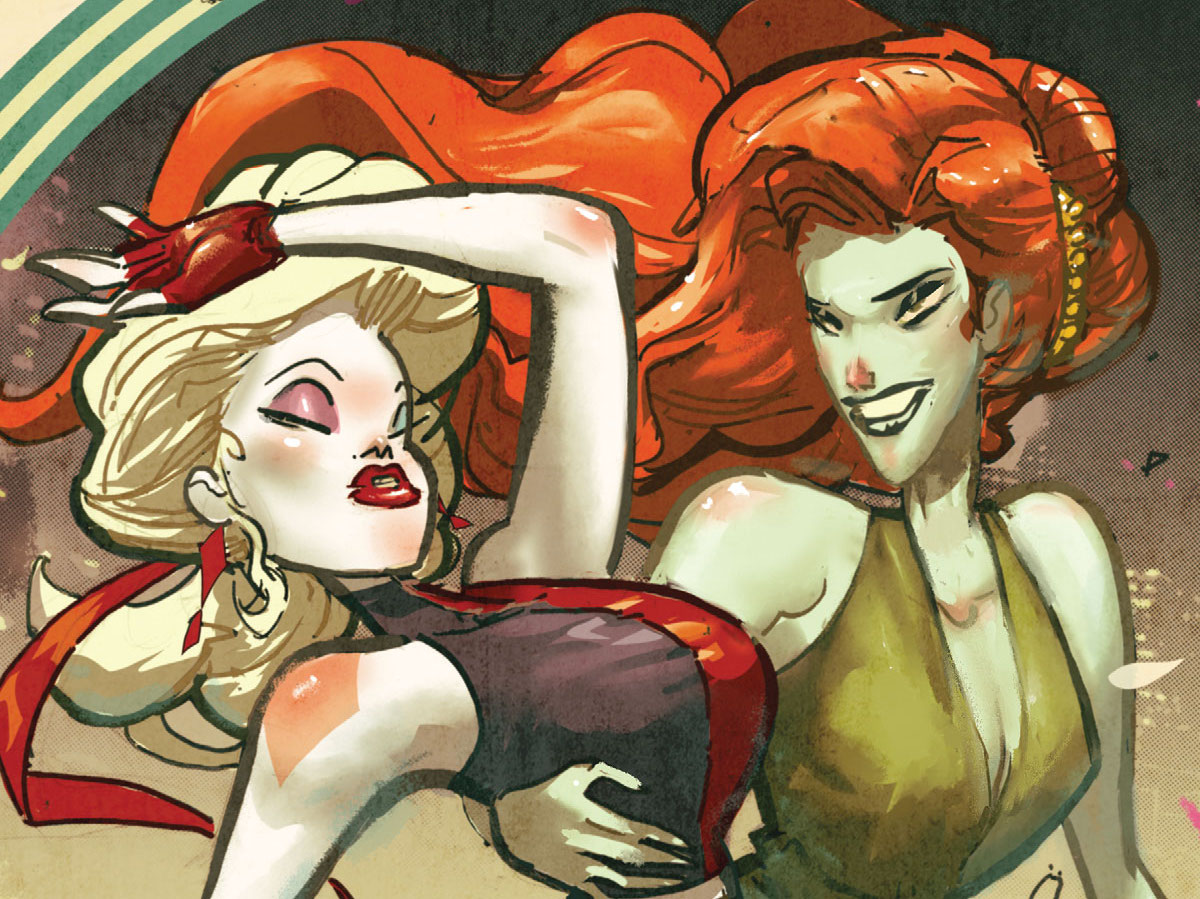 Ray: Fear State is over, and now Harley can relax—such as it is in Gotham. As the issue opens, the obsessed Keepsake confronts Hugo Strange about their partnership going south—and takes a bullet to the chest for his efforts. It’s not the end of the story for the creepy villain, as he’s soon rescued from the river by a mysterious figure. Harley, however, has more important things on her mind—namely, date night. After turning over a new leaf and rescuing Ivy, Harley is ready to commit to both her relationship and her new career as a heroic vigilante. And on that note, Harley and Ivy are planning for a double-date with Kevin and his new girlfriend Sam. That date happens to be at the art museum—never a good location for two reformed thieves to have a good time. The night quickly goes south when Harley’s over-eager nature puts Sam on edge, and she and Ivy decide to get away.

Of course, they decide to get away to the room where the legendary Rose Diamond is kept, and that’s where we see some surprising rifts emerge between the two star-crossed lovers. Harley wants to turn over a new leaf—but Ivy not so much. She wants to get ahold of the diamond so she and Harley can get out of Gotham once and for all. This leads to some surprisingly dark scenes as it becomes clear the happily ever after Harley was looking for won’t be that easy. I like that this issue didn’t villainize Ivy again—just showed that it’s going to be a longer path to get there. The developments involving Keepsake happen a little too fast and were probably the weakest part of the issue, but the ending was a perfect note for Harley/Ivy fans. I’m thinking Ivy’s heading towards some solo adventures before she and Harley can finally be together, but seriously—if DC doesn’t have a big blockbuster wedding planned for these two eventually, I don’t know what they’re thinking.