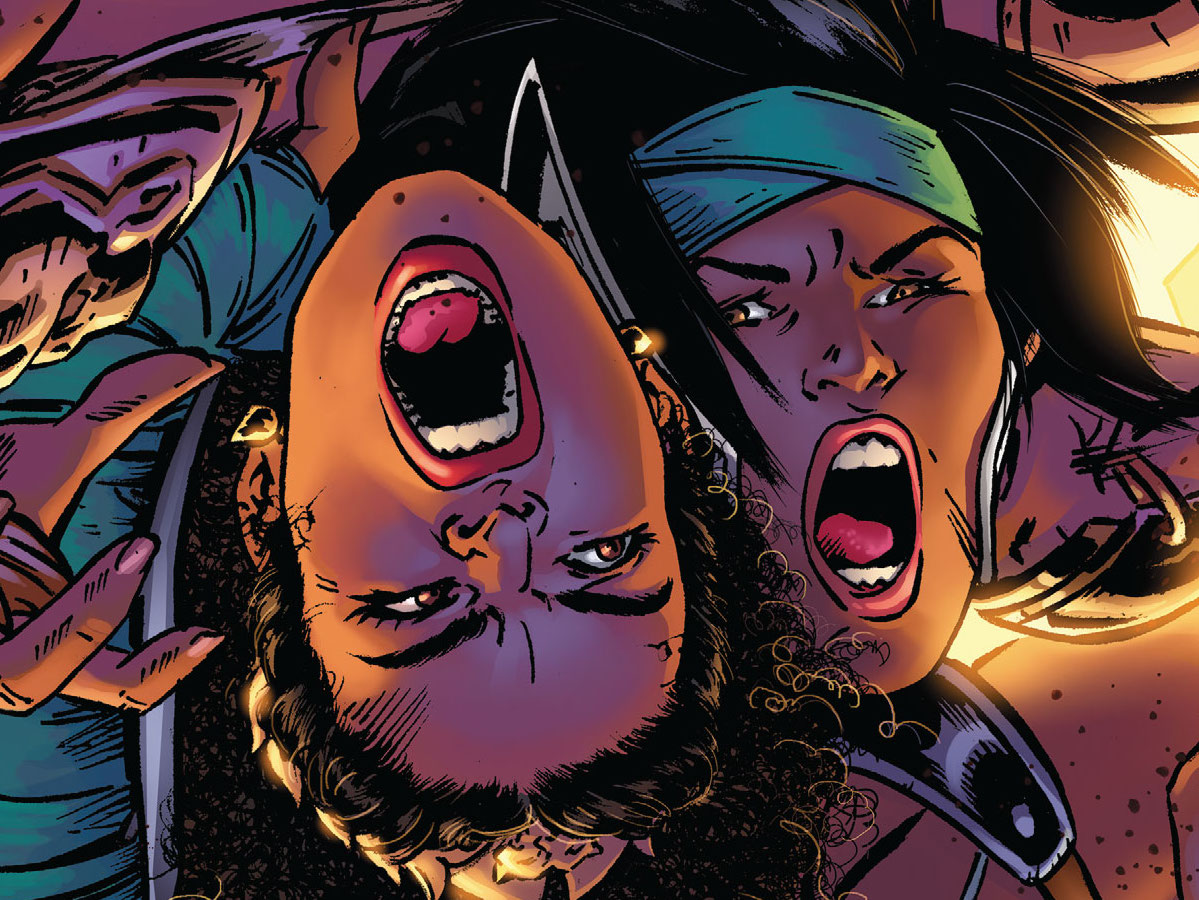 Ray: There have been a lot of Wonder Woman stories, but it’s strange to think about—until this series, the time we’ve actually spent on Themyscira has been limited. Aside from flashbacks and the rare visit, Diana doesn’t spend much time there. So its culture has been only loosely explored. With Diana and Hippolyta off in other stories, this title lets us explore it through other characters. There’s Queen Nubia, of course, who is still finding her footing as ruler in a place where one woman has ruled it for millennia. Then there are lesser-known characters, like the enigmatic witch Cleo, General Philippus who is doing her best to advise the new Queen, and the mysterious Andromeda, one of the Amazons who just entered through the well of souls. We don’t know much about her yet, but a flashback indicates that she and Nubia might have known each other before her transformation.

Another part of this book that’s fun is the way it’s exploring new parts of Themyscira. The introduction of the Winner’s Circle, an underground fight club for Amazons hosted by long-time warriors and only open by invite, is a fun idea. What would the Amazons do for entertainment? Of course they would test their combat skills in a low-stakes environment. But even as this goes on, there’s a darker edge to the story. Nubia must choose the next Amazon to guard the door to the underworld the way she did—a strong vow of trust, and a terrible burden. And one of the Amazons may not be who she appears to be, as she displays odd abilities and becomes fascinated with one of the most dangerous creatures behind that door—one familiar to long-time Wonder Woman fans. It’s hard to see exactly where this series will go yet, but this is a very promising start and a worthy expansion of the WW line of books.