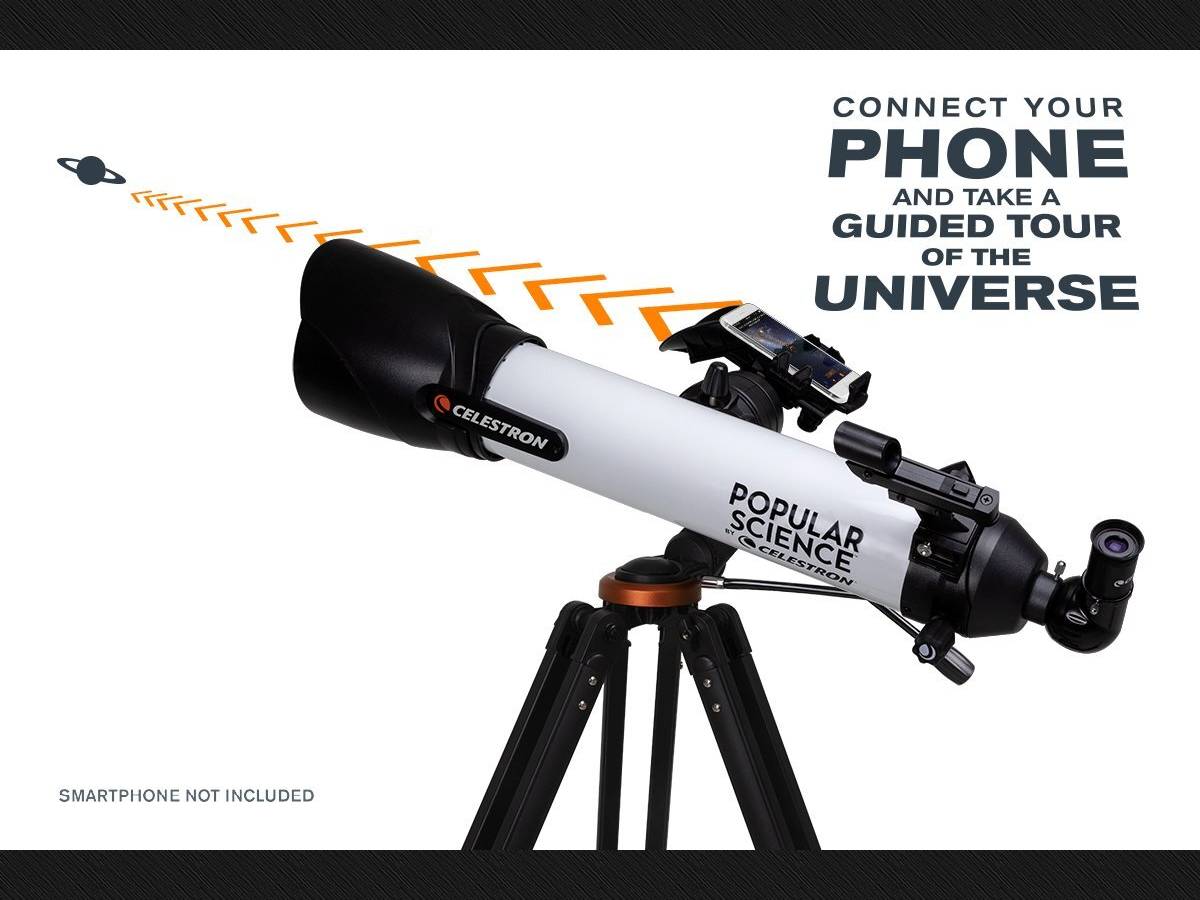 Back in September, I took a look at one of Celestron’s more modest astronomical offerings, the Popular Science by Celestron Travel Scope 60 Portable Telescope. As I had mentioned in my review, that inexpensive package was a good value for the cost, but was forced to make some compromises to keep the size and weight at an acceptable level for backpacking. However, the Travel Scope 60 was not the only collaboration between Popular Science and Celestron. Recently, Celestron sent me the Popular Science by Celestron StarSense Explorer DX 100AZ, a telescope designed not for portability, but for more serious stargazing.

What Is the Popular Science by Celestron StarSense Explorer DX 100AZ?

The Popular Science by Celestron StarSense Explorer DX 100AZ is a refractor telescope with a 100mm(4″) lens. It includes a manual altazimuth mount and uses the award-winning StarSense technology to find and track objects in the night sky.

It’s currently available to purchase directly from Celestron, and retails for $299.95.

As you open up the box, there are some helpful tips on the interior box lids for setting up and using your new telescope. Inside of the box, you’ll find 3 separate cardboard boxes, each showing its contents.

All of the contents of the boxes are wrapped securely, especially the most important part: the telescope tube itself, which has a double layer of bubble wrap to ensure a safe journey to your home. Opening up the interior boxes, here’s everything you’ll find in your DX 100AZ kit:

Here’s what you’ll find within those three boxes:

You’ll also receive a unique code to unlock the StarSense Explorer app, which you’ll download onto your phone.

Putting together the telescope and mounting it to the tripod are easy to do it, and outlined clearly in the instructions.

As I already talked about both the SkyPortal App and the Starry Night software in my review of the Travel Scope 60, I won’t cover that here, other than to say that they also come with this telescope.

The StarSense Explorer App includes a lot of useful information for your stargazing on your phone. You can read general information about celestial bodies, or play an audio narration instead! You can also look at helpful tips for how best to observe different objects, as well as look up the relevant scientific data.

But likely the number one way people will use the StarSense Explorer App is to locate objects in the night sky with your telescope. One of the accessories that comes with the DX 100AZ is a StarSense Explorer phone dock, which attaches right onto the telescope mount.

Once you have gone through a simple aligning process, you can use the app to choose a celestial object that should be visible to you in the night sky. Then, it will show arrows on your phone’s screen to help you to align the telescope directly with the object you’d like to observe.

One of the accessories that comes with the telescope is a StarPointer finderscope, which needs to be aligned during the daytime. This will paint a red laser dot on objects, which will then(if aligned correctly) appear in the center of the lens when observing.

You can use either the finderscope or the StarSense Explorer app to zero in on objects to observe with the telescope. To move the telescope tube, you’ll start with broader motions, moving the tube itself towards the object you wish to observe. Then, finer movement is made with the slow-motion knobs, which are flexible sticks that can minutely adjust movement up and down, and left and right. This also allows you to make incremental adjustments, as celestial objects move in the sky over time.

Across from my front yard, I have a tiny window to the San Francisco Bay, as you can see in the picture below. I could see a large ship on the Bay, so decided to focus the telescope there.

Here’s the same view, shot again on my iPhone but at maximum digital zoom(12x).

Now, here’s the same view, but I’ve attached the cell phone camera mount that came with the Travel Scope 60 kit. I’m using my iPhone and observing through the lowest magnification lens that comes with the telescope, the 25mm eyepiece:

While it’s nice to be able to take shots through the telescope using a cell phone, it’s a poor substitute for adding a camera mount and DSLR camera to a telescope. You will have to take my word for the fact that the images seen with the naked eye through the telescope were far superior to what I was able to capture with my iPhone. Still, we make do with the tools we have.

Finally, here’s a view of the moon from the other night. It would have definitely benefited from a moon filter, but the DX 100AZ didn’t come with one. However, if I was intent on doing more lunar observation, I can certainly purchase one to fit the telescope.

I’ve really enjoyed my time with the DX 100AZ. The views through the telescope are gorgeous, and speak to the better optics in this versus the Travel Scope 60. To quote Celestron’s knowledgebase:

Besides the great view, the Popular Science by Celestron StarSense Explorer DX 100AZ comes with a sturdy tripod with a smooth mount, a stark contrast to the one accompanying the Travel Scope 60. Still, as I’ve mentioned before, with that scope you were making some sacrifices for portability. You’re certainly not going to want to strap the DX 100AZ and tripod on your back for any hikes: the telescope tube is almost 3 feet long, and combined with the tripod weighs about 13.5 pounds.

If you’re looking for a great starter telescope to explore the night skies, the Popular Science by Celestron StarSense Explorer DX 100AZ is an excellent choice. It’s got good light gathering capabilities, nice image resolution, and a really solid tripod and mount. The addition of the StarSense Explorer app and phone dock adds a lot of value to the package, making it easy to learn about the stars and planets and locate them with your telescope. The kit doesn’t come with any filters, and no additional lenses past the two basic ones, but these are accessories that can easily be acquired as needed.

If you’re interested in the Popular Science by Celestron StarSense Explorer DX 100AZ, you can find it at Celestron’s website.

Note: Celestron provided me with a unit for evaluation but had no input into this review. 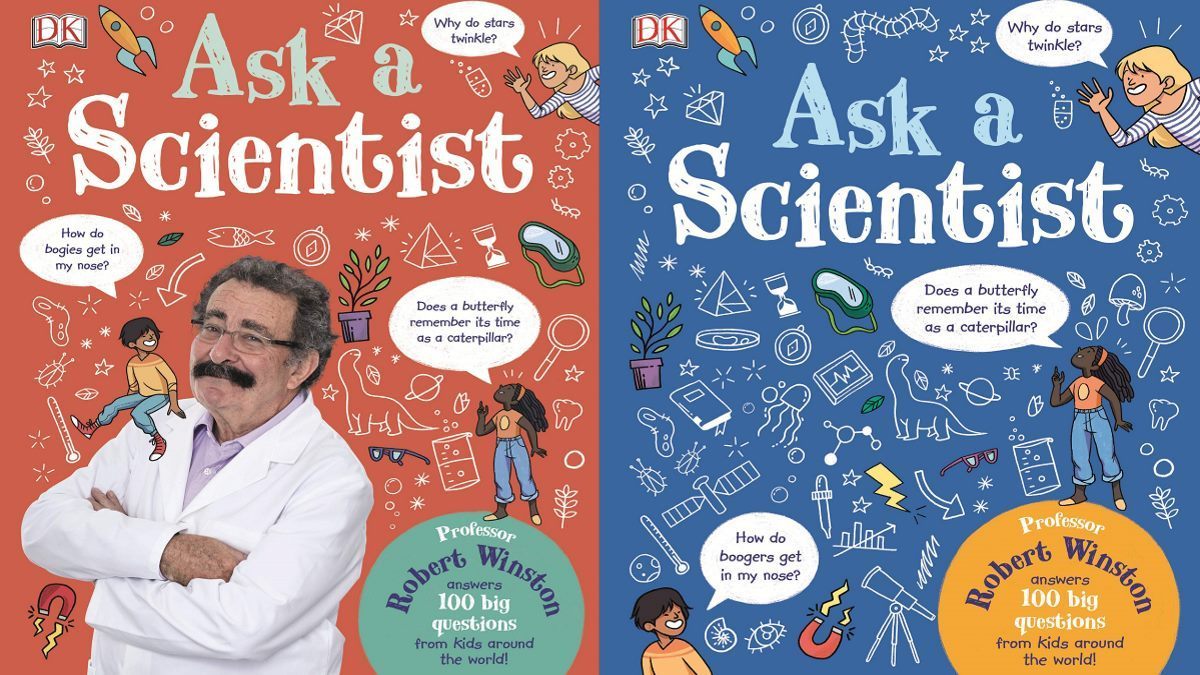 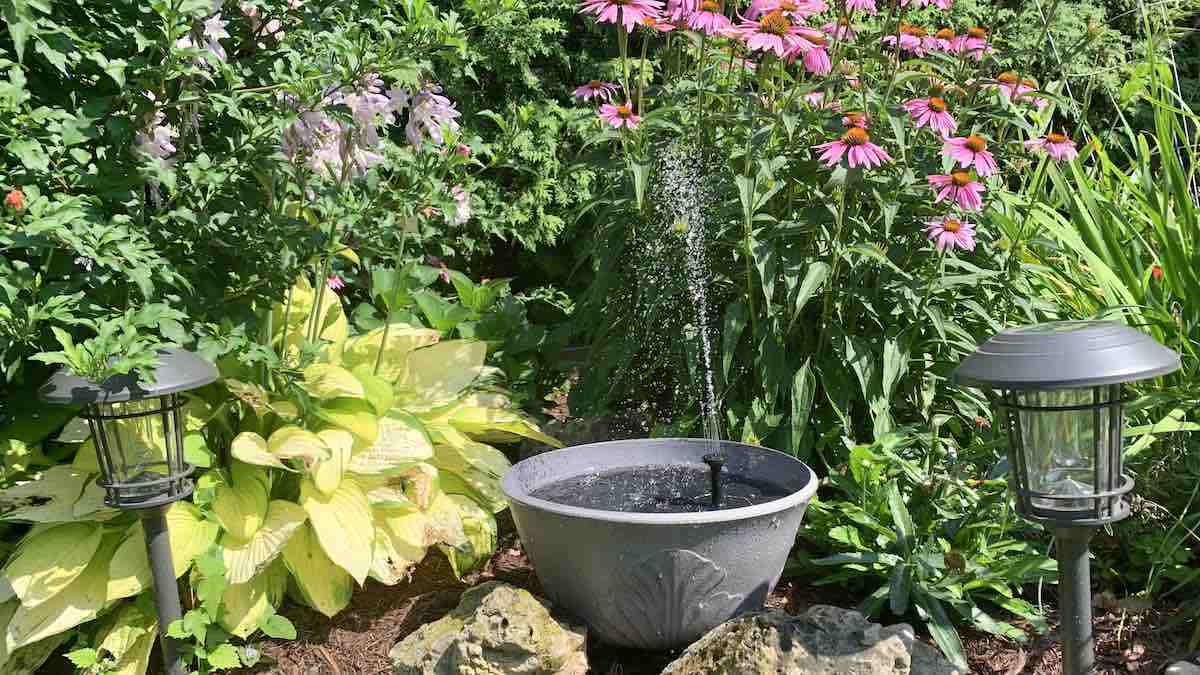