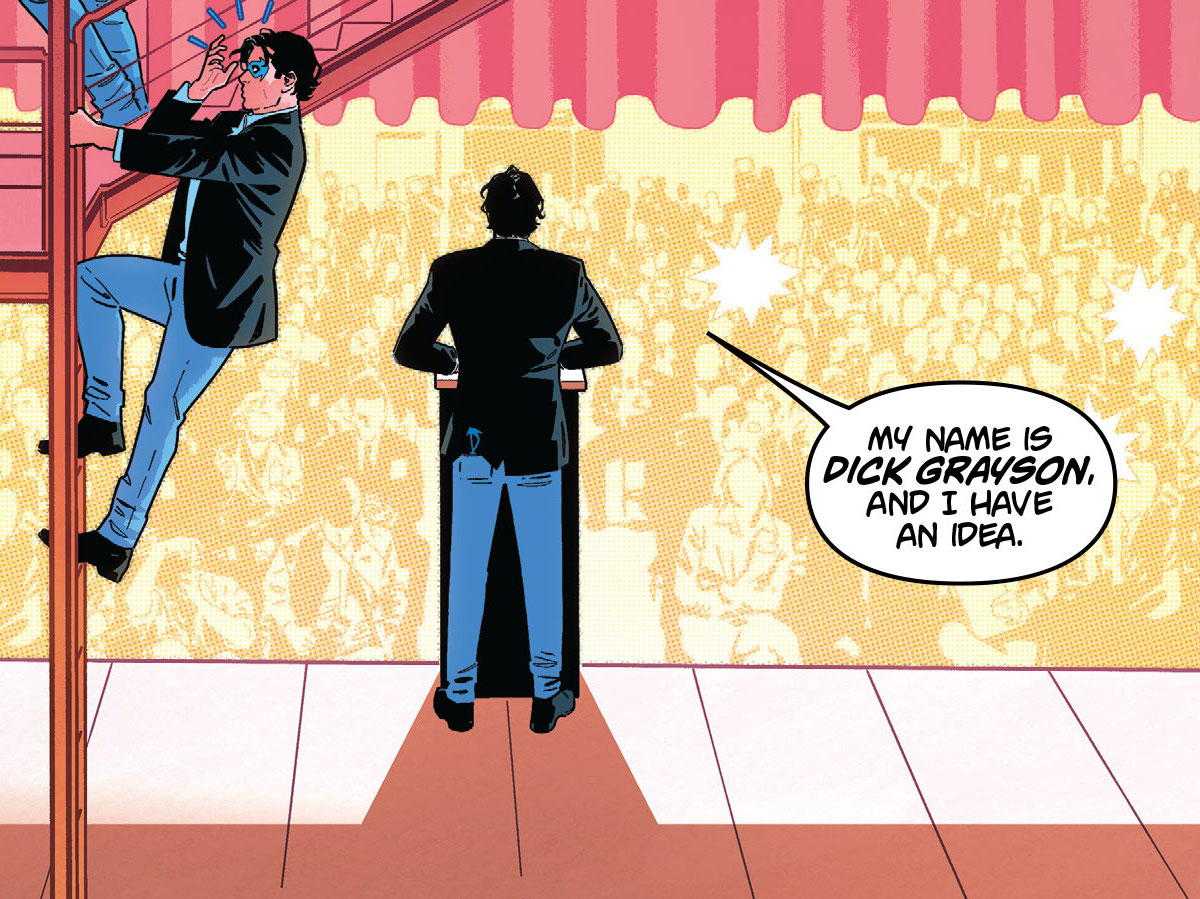 Ray: In many ways, it feels like this is the issue Tom Taylor has been building to since his run began. The vocally progressive comic creator has never been shy about his beliefs, and so it was a little surprising that he chose to make Dick a billionaire (thanks to Alfred’s hidden investments being left to him) early on in the run. Before we can get to Dick’s decision there, though, there’s the pressing matter of all of Bludhaven coming down on Nightwing like a ton of bricks. While he parlays with Melinda Zucco, who does her best to convince her long-lost brother that she’s an ally wearing the mask of a corrupt Bludhaven machine pol, the police outside prepare to open fire on him. And as if that wasn’t bad enough, it’s time for a reunion with the closest thing Dick has to an arch-nemesis—the hulking Blockbuster. The opening half of this issue is basically a non-stop action fest and a daring escape.

But then, it takes an interesting turn as Dick starts to reckon with his newfound wealth. Some of the dialogue—“There’s nothing heroic about being a billionaire”—feels a little too on the nose, but it was great to see Dick seek out the advice of some of his closest friends and allies. A conversation with Superman, whose close bond with Nightwing often gets overlooked, was especially excellent and had some interesting tie-ins to Taylor’s other new titles. The foundation that Dick starts at the end of the issue is an interesting twist—in many ways, it seems like an answer to the question of whether Batman could save Gotham another way. There’s always been a Wayne Foundation, but it mostly exists off-screen—and this issue places Dick’s initiative much more front-and-center. And that makes him an even bigger target in both his identities. Taylor is setting up something here that isn’t like any other superhero book, and I can’t wait to see it play out. 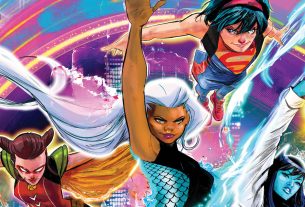