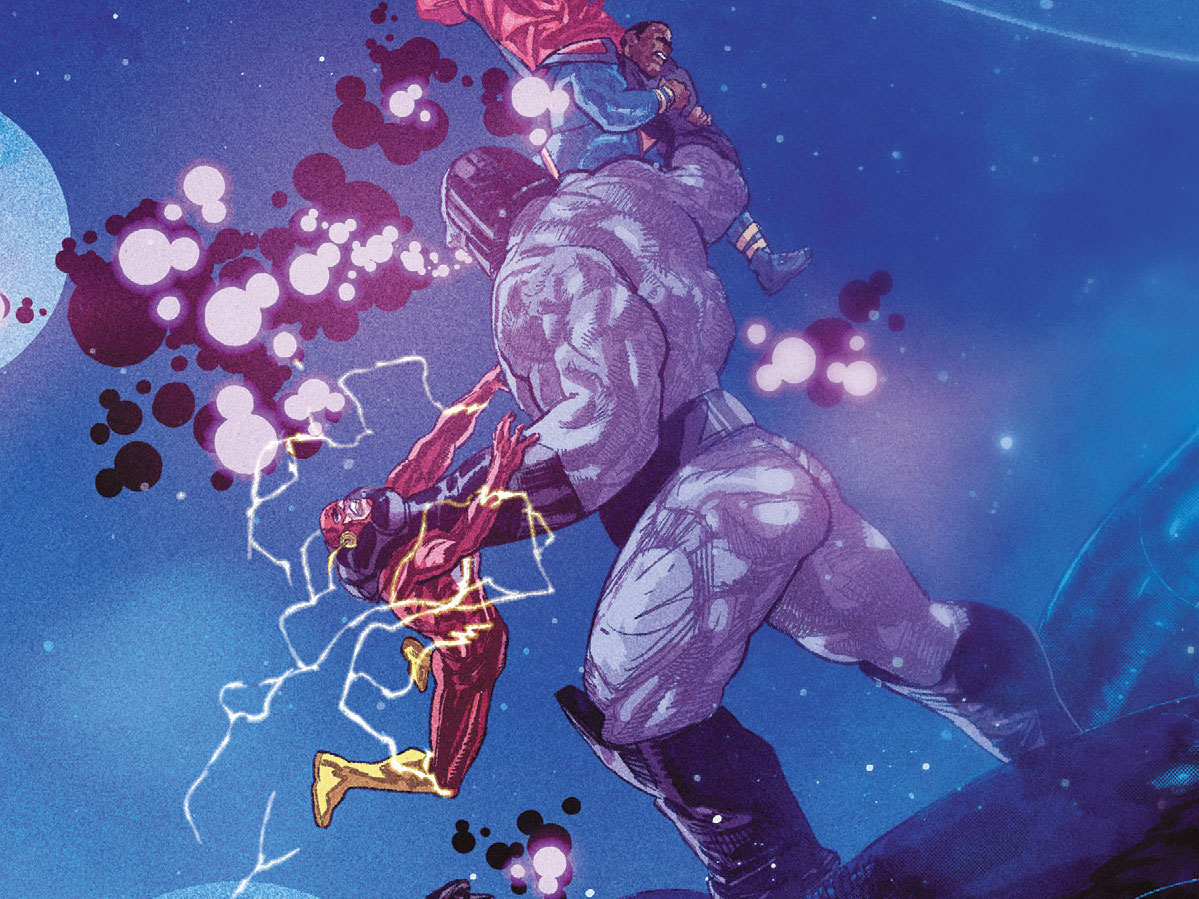 Ray: After four issues of chaos, all the cards are finally on the table—and the battle for the multiverse is about to begin. The major players have all gathered on Earth Omega, but the Psycho-Pirate has been ahead of them the whole time. In an impressive opening segment, we see just how many allies he’s gathered for his Injustice Incarnate, and eagle-eyed DC viewers will notice a bunch of familiar faces. But his most surprising ally is definitely the ruthless Director Bones, who started out as the head of the DEO and one of the more ruthless characters around, but has now gone much further. Naturally, his second-in-command Cameron Chase isn’t too happy with this reveal, but Bones has an interesting reveal about exactly what led him to align with the villains of this series. It’s a twisty issue that delivers some great shockers and sets up a compelling final battle.

But the best part of this issue is what it does with the “lost heroes” who have been falling prey to the villains since the start. This is a group that was mostly made famous by Geoff Johns on his Justice Society relaunches in recent years, but this miniseries expands that even more and brings in some heroes—like Yolanda Montez—who have not been seen in decades. It was great to see Jade finally get back into the action, but it seems like this entire series may hinge on a character from outside the JSA—Roy Harper, aka the newest Black Lantern. I do not envy Williamson as he tries to reckon with the characters often problematic history, but he does a great job of capturing his pain and confusion as he desperately tries to find out what’s happened to his daughter. The cliffhanger sets up a strong finish, but one that I think might be too big to resolve in a single issue. The tension has built nicely through this entire event series.