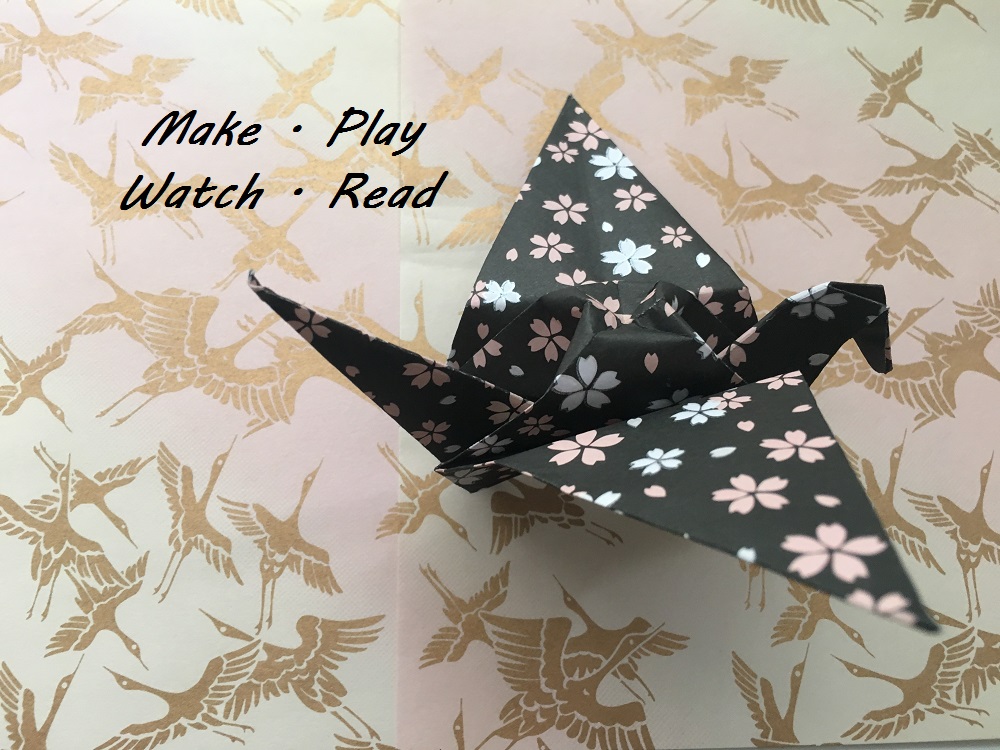 Full disclaimer: I did not watch the Olympics. Despite hailing from a Sports-Obsessed country, I genuinely have absolutely no interest in the Olympics; Summer or Winter. However, I am fascinated with Japan. From professional studies to my all-around personal love, I absolutely believe Japan deserved all the attention it could get from the Olympic coverage. And now we are in the weird zone between Olympic Games and Paralympics, where the sports coverage calms down (thankfully), it is a good time to Make/Play/Watch/Read for the nation. Kanpai!

Every Olympic Games is supported by a large contingency of volunteers. They are there to guide spectators, boost the atmosphere in the stands, deliver scores to officials around, and many other generally helpful roles. However, the Tokyo Games were not your standard games. There were still many volunteers but they were not in your standard roles. Nevertheless, the volunteers still worked to make it special for those who could attend.

One group of volunteers understood the additional pressure on journalists in presenting these unusual (and highly protested) games. The volunteers wanted to assure the journalists felt welcomed in the most identified way possible: with origami cranes, a symbol of peace and hopeful dreams. The idea was to show some of the Japanese arts, especially for media who were not allowed to venture out and see Japan for themselves (COVID Quarantine).

The official Tokyo Olympics website has provided its own printable design and instructions, inviting everyone to contribute to their “Olympic Truce” or ekecheira, encouraging participants to put aside their conflict and join in a prayer for peace. You can find out more about this project here. You can still participate in the lead up to the Paralympics (starting August 24)!

If you can’t travel to Japan right now, the next best thing is to emulate it. The tabletop game Tokaido is inspired by the famous and historic ‘eastern sea route’. The Tōkaidō route travelled along the sea coast of eastern Honshu, connecting Kyoto to Edo (now known as Tokyo). Most travellers did so by foot, with various stops dependent on your status and purpose. The game captures the very spirit of Tōkaidō, with the characters and locations and, of course, the touristy highlights.

Tokaido is playable with 2 to 5 players of almost any age (I find it best with about 4 people). It is a linear game that follows the historic journey and uses similar government-sanctioned ‘post stations’ as traveller’s rest for stage dividers. Along the road are various activities, temples, shops, and characters to meet. Some actions will reward with coins, while some may contribute towards ‘side missions’. Like any great holiday, the gameplay can differ from person to person. While there is point-scoring, there is also a sense of individual ‘completionism’. You will find genuine personal enjoyment from completing your own self-assigned goals rather than the competitive end of the game. In this way, Tokaido holds a very peaceful zen-like mood as a tabletop game. It captures the essence of Japan in the artwork and the long sought after peace from an enjoyable journey.

Side note: Tokaido is available as a physical tabletop game and also in digital form. The art is equally beautiful on both, however, if you choose the digital format please choose a screen big enough to appreciate the game. For example, choose iPad over iPhone. I beseech you!

To be honest, you can choose any movie from Studio Ghibli and I guarantee you will be celebrating Japanese culture. Everybody has their favorites and I refuse to fight you over this. They are ALL good. However, my favorite is Spirited Away and if the bathhouse isn’t quintessential Japan, I don’t know what is.

In Spirited Away, 10-year-old Chihiro and her parents discover an abandoned amusement park. They do not realise it is a gateway to the spirit world and upon eating the food, the parents are turned into giant pigs. To gain their freedom, Chihiro agrees to work in The Bathhouse for the witch, Yubaba. The Bathhouse is the central location for the movie, completely inspired by real bathhouses in Japan. All of its features are also inspired by bathhouses in Japan; the bridge, the temple, and the waterfall next to the bathhouse.

The movie is one of many from the famous creator Hayao Miyazaki. Since 1963, Miyazaki has worked within the animation industry, bringing his personal touch to every project. His first film, Nausicaä of the Valley of the Wind was released in 1984 set the benchmark for both his storytelling and his artistic style. Miyazaki is a strong protector of Japanese culture and identity, incorporating realistic characters to round out the stories with elements of myth and legends. The story of Spirited Away feels like a children’s book while the characters bring a far deeper connection. There is no neat ending to the movie (typical of Studio Ghibli films and also common in Japanese stories) but there is a sense of closure with the satisfaction of knowing these characters will continue with their lives. Of all his movies, I felt this ‘closure’ strongest with Spirited Away, leaving me hopeful and optimistic. I like that feeling and I think we all need a bit more of it in our lives.

There are so many great books that capture the essence of Japan but you have to admit, manga is one of the first to come to mind. The word manga directly translates to “whimsical pictures”. The history of manga is said to date back to the 12th century but it wasn’t until the 18th century when the word “manga” was commonly used. The rest of the world didn’t really know about manga until after World War II, followed by the anime adaptations in the 1980s. We all know Voltron and Astro Boy but did anyone watch Princess Minky Momo?

Thanks to the profit of nostalgia in Gen X, there has been a boom in republications and reboots since 2002. Manga has experienced a huge surge in popularity in 2020, in part because of the popularity of anime adaptations on streaming services like Netflix. Throughout all of this growth, manga still maintains its Japanese soul and continues to showcase Japanese culture around the world.

One of the best manga to dive into for Japanese culture is the long-lasting Golden Kamuy created by Satoru Noda. The story features Saichi Sugimoto, a veteran of the Russo-Japanese War in 1904. Sugimoto needs money to help care for the widow of his dead comrade when he hears of an Ainu hidden treasure. During his search, he meets Asirpa, a young Ainu girl. The Ainu are an East Asian ethnic group indigenous to northern Japan and some Russian territories. Their culture is older than almost anything else you will see in Japan. And it only took until 2019 for the Japanese Government to officially recognise them as an ethnic group with independent rights. Please note: Golden Kamuy is not suitable for young children (violence and nudity). This in no way stops GeekMoms and GeekDads from enjoying it!

The creator, Noda, has shown great respect for the Japanese culture and especially the Ainu people. Asirpa was originally introduced as a supporting character but quickly developed as a strong main character equal to Sugimoto. Her driving force is to protect the Ainu and her people’s independence. Noda is doing the same thing with the manga itself. The Ainu language used in Golden Kamuy is supervised by Hiroshi Nakagawa, an Ainu linguist from Chiba University. All of the culture graphically presented in the series is accurately depicted, preserving the old Japanese culture. Golden Kamuy is not simply a great manga to read; it has become a legacy of Japan’s cultural identity and historic character. You will absolutely love this story and its window into Japan.

Click through to read all of “Make/Play/Watch/Read: For the Games of Japan” at GeekMom.If you value content from GeekMom, please support us via Patreon or use this link to shop at Amazon. Thanks!

A Fixer-Upper Date Night at the Habitat ReStore