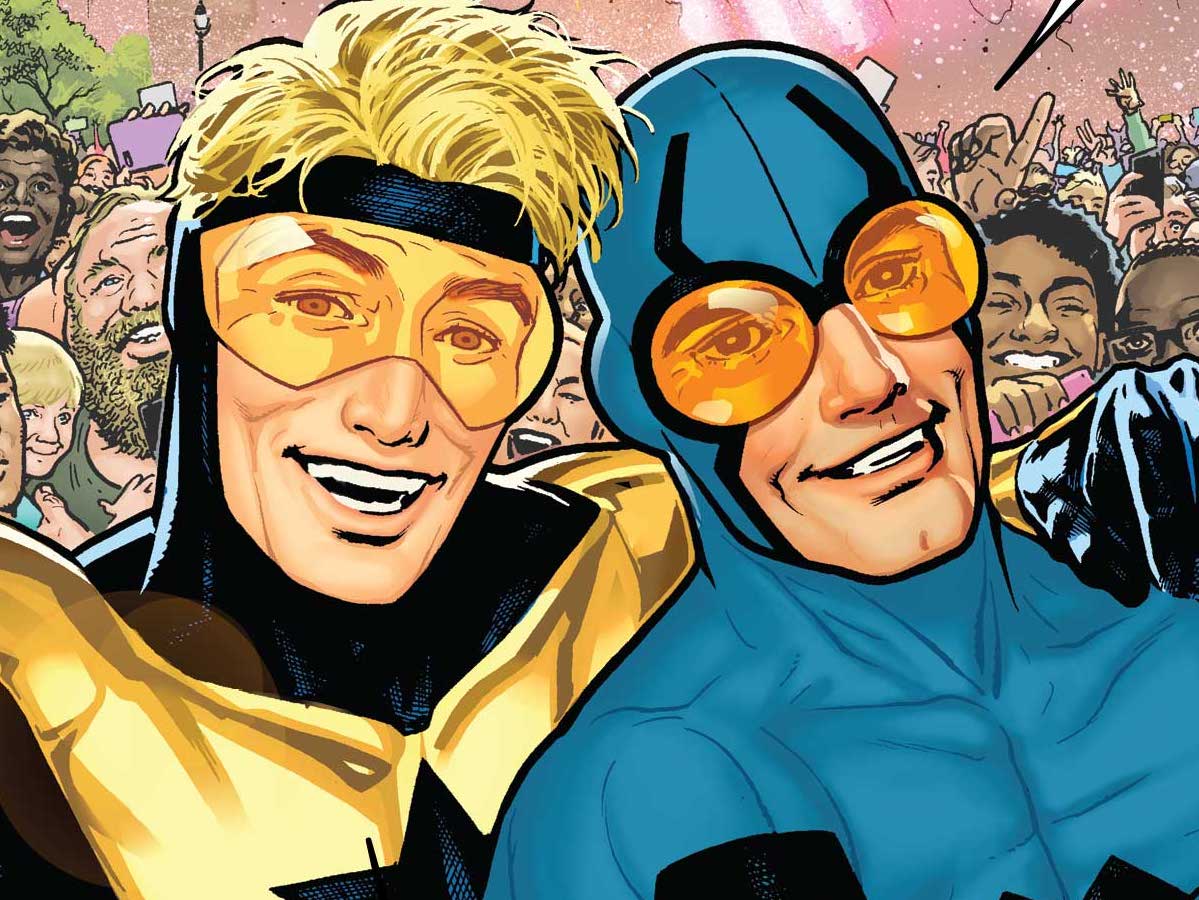 Ray: No one right now has had a longer DC career than Dan Jurgens, having written top DC books for over thirty years. Many people thought the recent Generations might have been his swan song—but not so much, as he launches a new miniseries featuring two of the characters he’s most associated with, the wacky superhero duo of Booster Gold and Blue Beetle. These two have been through a lot of strange stories and Jurgens has written many of them, but this is the first reunion focusing heavily on Michael and Ted in a long time, since Ted has spent much of the last decade and a half dead and his replacement has gotten the spotlight. But now, it’s the kings of the Bwa-ha-ha League’s time to shine once again!

But things aren’t going so great for our heroes as the book opens. Ted Kord is semi-retired, haunted by both recent health issues and his bizarre shell game in the recent Suicide Squad run that saw him mistaken for the big bad and replaced by Black Mask. He looks oddly young here, which made me think Jurgens might be basing this off the Forever Evil Ted. But the dialogue indicates there’s a history here, and Michael’s up to his old tricks as well. He’s gone full social media, livestreaming his superhero battles to the world even with Skeets registering mild disapproval. And that’s all well and good most of the time—but as the issue opens, he seems to be the last hope to rescue the Justice League from alien invaders.

The comedy picks up as soon as the two heroes are reunited, with some whip-fast dialogue as they fight alien invaders and take down a giant spaceship holding the League. There’s some fun meta-commentary about the state of the League as they try to scheme their way back on to the team. While this is definitely a throwback, it doesn’t feel like a rehash. These characters have definitely grown. They might be goofy, but they’re heroic, and one makes a surprising sacrifice for their best friend before the end of the issue. There’s also the first hints of a new superhero venture for the duo, and a major new threat emerges. But while this first issue doesn’t blow the doors off, it does feel like a tribute to an era of DC that we all remember fondly.