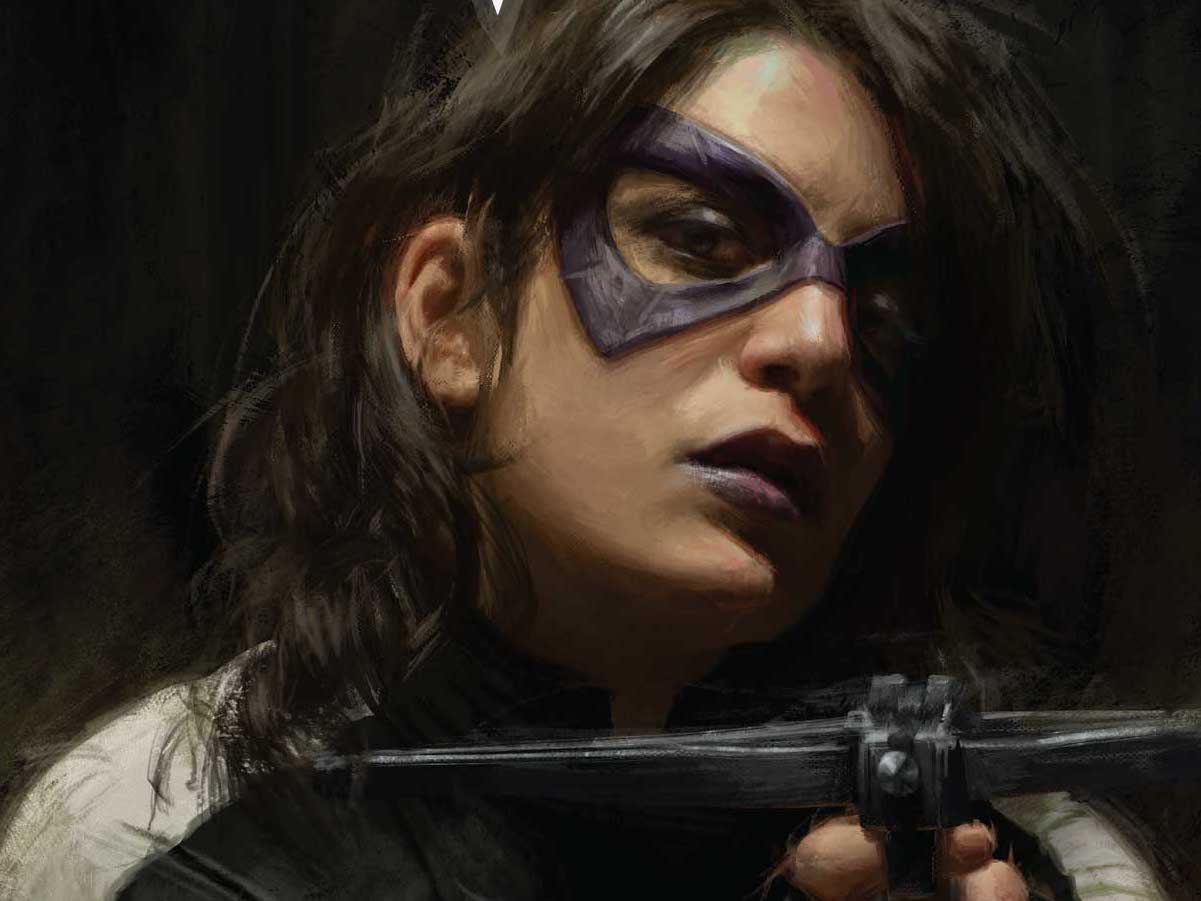 Ray: While the first Secret Files installment caught us up with Duke Thomas and stood on its own, this Huntress-focused issue is very much a continuation of her current arc in Detective Comics. It even has the same writer in Mariko Tamaki, although it has a very different artist in controversial indie talent David Lapham. And anyone who knows his style knows there are some dark times ahead. This picks up right after Huntress gets possessed by Vile, and it turns out she was taken to the hospital and cured, only to break out of the hospital in record time (leaving behind a confused and annoyed Deb Donovan) and returns home to her cat to complain about the worst day ever.

But things are never as simple as that, and while she’s trying to relax, she starts to have horrific visions of someone coming under attack. It turns out that her mind is still linked to Vile’s somehow, and while he can’t control her anymore, she can still see what he and his infected victims are doing. And that means that she gets to see every victim through the eyes of their attacker. This is where Lapham’s art is at its best—the man specializes in stark and horrific scenes of tension, and there’s a horror edge to this story that wasn’t quite captured in the original stories that led up to this.

The problem is, we still don’t learn anything more about Vile from this issue than we did from the past ones in the story, and we don’t learn anything about Huntress either. This is her story, but it’s also just her fighting the same villain she’s been fighting for several issues. It feels like a missed opportunity to give her an actual storyarc like Duke got earlier this month. As for Lapham’s art, it’s definitely not extreme as some of his indie work, but there’s a good deal of grotesque body horror in this that might not be to everyone’s tastes. It’s a fine conclusion to the Huntress backup, but I wish she had gotten a bigger spotlight in her own story.