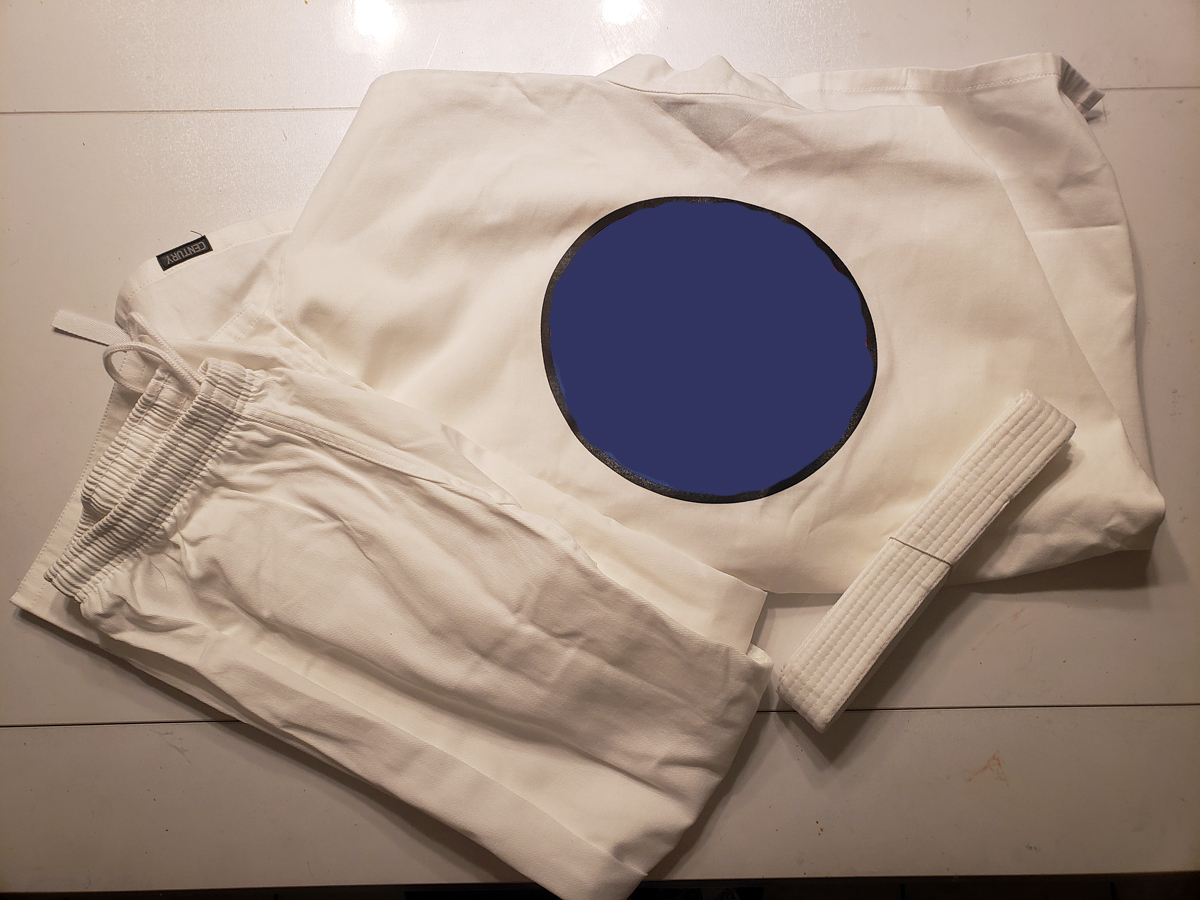 The beginning of June marks the early end of summer vacation in our area, and with the school year done, I attempted to add a new item to our schedule: I finally joined our kids’ Taekwon-Do school. It was something I had been looking at for a bit, and in fact, I had been aiming for starting in August of 2019 once the school year settled in a bit, but life got a bit on the way.

August of 2019 was when I injured myself with what would take a bit to get diagnosed as hip bursitis. Bursitis left me needing to take some time to do at-home physical therapy to strengthen everything. When I got to a place where I was able to start safely testing out if a contact sport was something I could take on, stay-at-home orders hit and classes shifted to online, which isn’t necessarily the easiest way to start learning a martial art.

Our kids would end up eventually returning to both in-person school and Taekwon-Do for the fourth quarter in spring of 2021. Since each school quarter has brought a dramatic shift to how school was working and our schedule, I wasn’t ready to throw my starting Taekwon-Do into the mix, especially as my class time would be opposite nights from the ones my kids attended on. Summer would give us a more flexible window to work out any complications caused by my schedule logistics, so my plan was to start right after the school year wrapped up at the end of May.

I was pretty nervous about my first class because of my hip, and the fact I deal with anxiety only exacerbates that fact. It is worth noting that my therapist and a number of my friends felt that martial arts training would actually be good for me because it’s a place to sort of direct all that nervous energy as well as a way to practice staying grounded in the moment. After so long of being stuck at home, the extroverted part of my extroverted-introvert personality also really wanted a regular way to get out of the house again.

The nice thing about the fact that my older child started Taekwon-Do over four years ago, and my younger kid started about two and a half years ago, is that I walked in with a certain basic familiarity with a lot of things. I knew a lot of the basic courtesy gestures, I knew the tenants of Taekwon-Do, I knew the basic format of how a class runs, and a lot of little things like that. It did help ease that transition quite a bit. My class is a mixed-belt class for ages 13 and up, although younger kids can participate with at least one family member that meets the 13+ qualification participating as well. My kids could have switched with me but both seem to prefer the classes they are in with the kids they know and more focus on their current belt levels. My basic goal on that first night was not to stress out my hip to reinjury, and I succeeded. I was also absolutely exhausted. In the middle of class I might have been all Steve Roger and going, “I can do this ALL DAY!,” but my body called shenanigans by the next morning.

My second week actually involved sparring. That was an interesting adventure. Back when I was in the 20ish age range, I had done fencing in my SCA days, so I was no stranger to the concept of “everyone attacking me is probably bigger than me” and being not afraid to get in there and attack, as well as being willing to do multiple attacks at once and not just “onesies.” The difference here is that, suddenly, feet are fair game to use, which is still taking my brain some time to adapt to.

However, as a former theater kid who was once told she was the only kid the theater teacher didn’t need the microphone to hear in the light booth, I caught on to how to “kihap” like I meant it real fast. I’ve finally discovered a sport that plays to my actual strengths. “Look, I earned my first sparring bruise! Also, I can do this all day!” I said at the end of that first sparring class. My body was annoyed with me in the morning, but my hip was still holding up.

At first, classes felt like I had fifty million things to learn and no one else was as new as me. A few things happened though. One was that we got a few more beginner students. The other was that bit by bit I started getting better and more comfortable with things and noticing that I was improving from week to week. Having two kids to help me practice at home did not hurt, and I realized that I was able to pinpoint specific things I needed help with, which made it easier to get that help and make progress.

With things like blocks, I sometimes get overwhelmed with trying to keep track of which hand is in which position for the left side versus the right, especially if the instructor is facing me when they demonstrate it. They usually do promotional testing every 3 months, and I had come in a month before a testing session, but I decided not to push myself to master everything in a month as I eased myself into things, especially with my hip. I did, however, get the nice surprise of being able to earn my Knowledge Skill Stripe on my belt, so only three more stripes to earn to qualify for my first testing.

As for my anxiety, I really do think it’s been good. Some evenings I would go in tired and anxious, but that hour of martial arts had me in a very different headspace on the way out. I felt better coming out of class than I did going in, which was a huge help. The reassurance that I managed to do this without reinjuring myself has also been good for me. Most of all, as I am just a few short years from turning 40, I think the biggest thing is proving to myself that I can take on a challenge like this and make progress. Since my Taekwon-Do school uses a system of skill stripes and belts for promotions, I have a nice measurable way to see that progress too. I’m not just a Taekwon-Do mom now, I’m a mom who does Taekwon-Do.

Click through to read all of “Taking Sports Mom to a New Level: I Joined My Kid’s Taekwon-Do School” at GeekMom.If you value content from GeekMom, please support us via Patreon or use this link to shop at Amazon. Thanks!