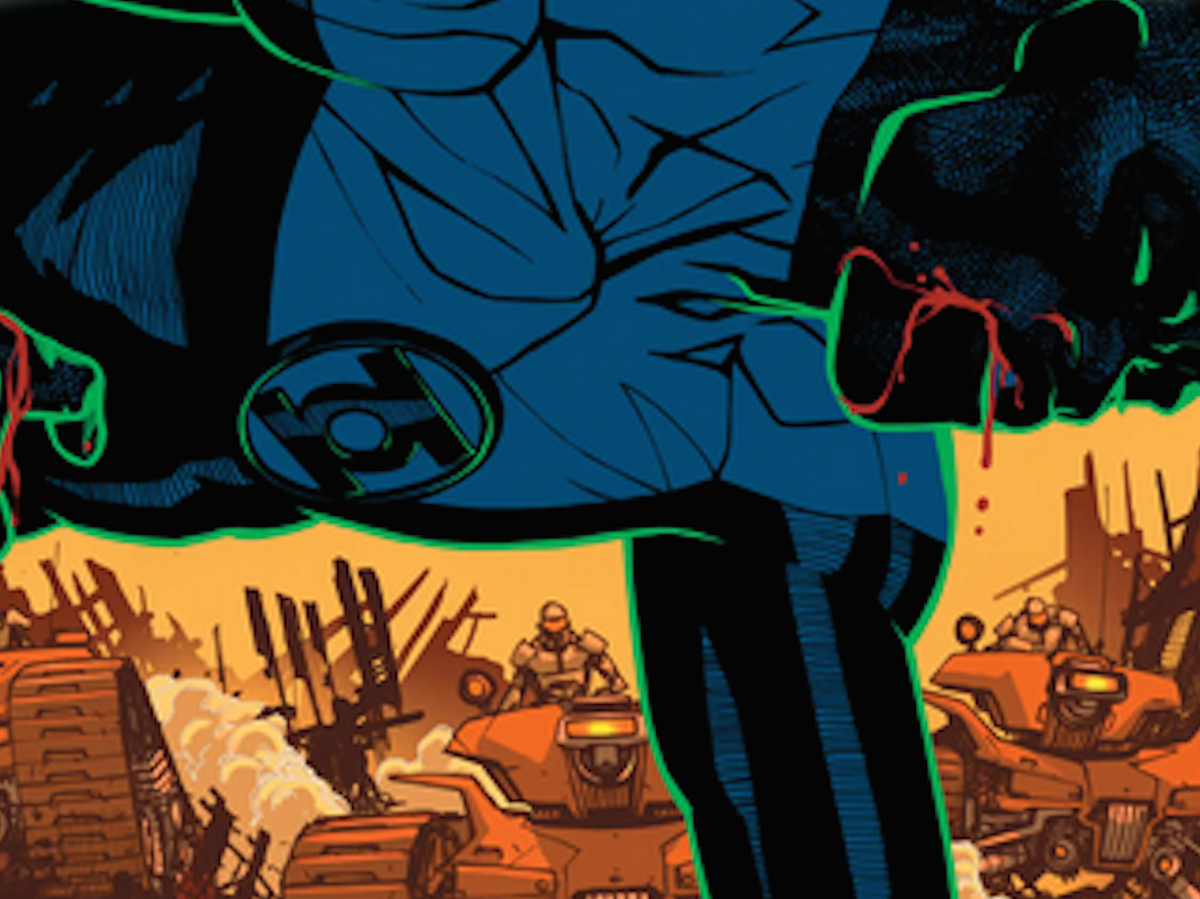 Ray: Geoffrey Thorne wasted no time completely upending the world of the Green Lantern Corps in his first two issues, rearranging their entire modus operandi and then blowing up the central battery at the hands of a mysterious new villain—seemingly de-powering almost every Green Lantern and maybe killing one of the main Earth Lanterns. But this issue dials things back a little and focuses almost entirely on John Stewart as we find out where he’s been. He was off exploring a dark sector when the rings went dark, and when we first catch up with him he’s stuck in some bizarre dream world—simulating an odd intergalactic high school. This segment takes a bit too long, but once he wakes up, things get pretty interesting.

It turns out he’s been saved by his mushroom partner (gotta love the GL universe) and placed in a cocoon where he can heal on some backwater world. There he bonds with a mother and her young daughter and settles into a simple mechanic’s life with no way to even get off world. But heroic instincts die hard, and when the world comes under assault by a band of intergalactic pirates, he jumps back into action. It’s a fun story that shows us a different side of John and humanizes him more than many recent stories.

But where are the rest of the Lanterns? We start getting some answers in the backup, which focuses on Jo Mullein. As she uses a self-recharging ring without ties to the central battery (which allowed her to decap to the far sector), she’s one of the only functioning Lanterns. She’s taken charge and is working with Teen Lantern and a wounded Simon Baz to try to recover the Lanterns who were lost in space. This is a short segment, but may be better than the main one as it really drives home just what dire straits the Lanterns are in right now. We get an intriguing cliffhanger that shows she may not be the only Lantern remaining. Lots of worldbuilding—and tearing down—here.

Review – Zatanna and the House of Secrets: A Magical Beginning