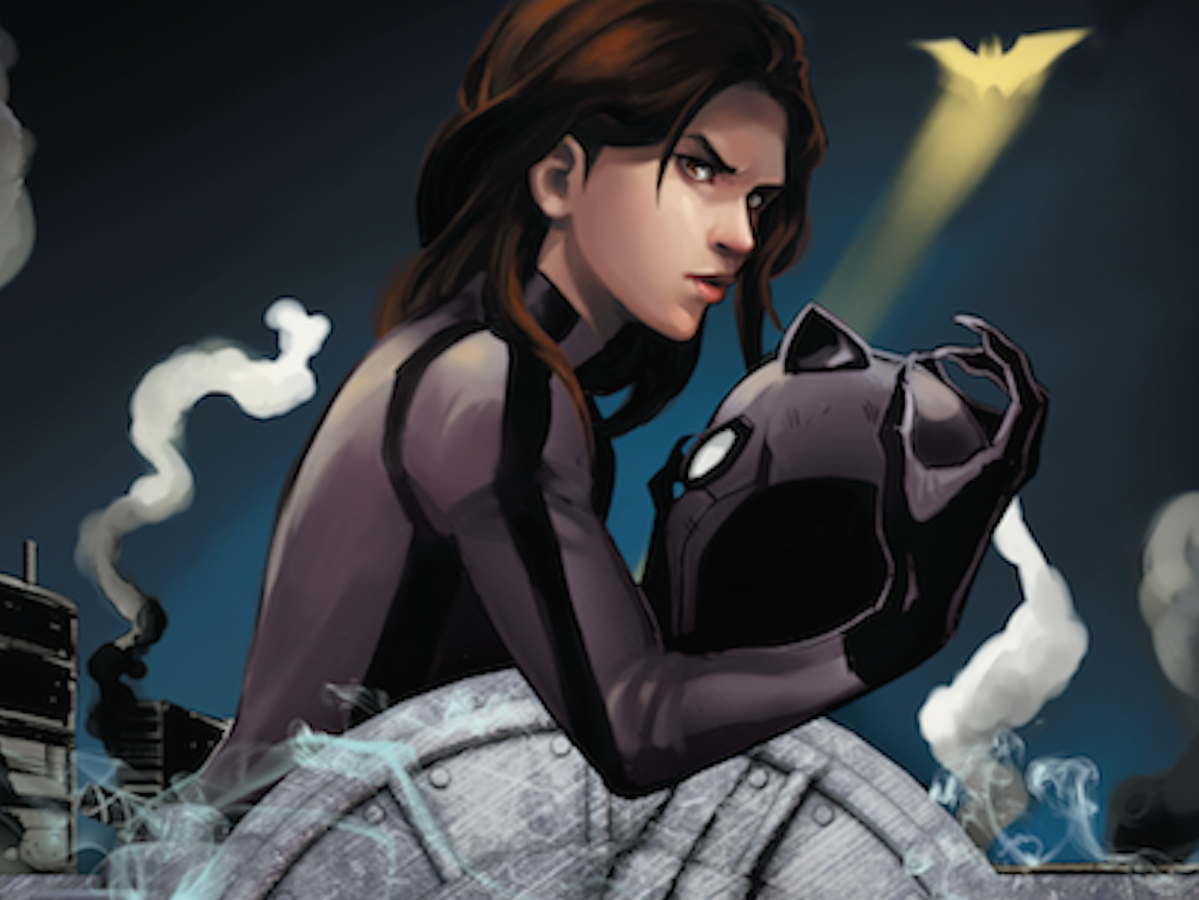 Ray: As part of DC’s graphic novel line, they’ve been adapting some YA novels starring their characters into OGN format with the help of veteran writers like Louise Simonson. This is always a risky move—novels lend themselves to much denser storytelling than comics, and some of these feel overstuffed. That’s definitely the case with Catwoman: Soulstealer, an ambitious and high-octane reinvention of Catwoman’s origin.

This story casts Selina as a teenager who fights in an underground fight club to earn money for her sick sister’s care. When their absentee, drug-addicted mother is arrested, the sisters are taken into custody and Selina is threatened with jail for fighting back. An offer from a manipulative Talia Al Ghul to avoid jail and go to a mysterious “boarding school” that’s a cover for a League of Assassins training clan is accepted, and while Maggie goes to a quality foster home, Selina disappears abroad.

The main thing you need to know about this story is that its timeline is wonky, to the point of being distracted. Selina is just out of her teens for most of this, coming back to Gotham two years later, as is Poison Ivy who just graduated college at 19. But Batman has been operating in Gotham for years, to the point where he’s already trained Batwing as his replacement while he’s abroad, and Harley is on one of her many breakups with the Joker, who is safely locked up in Gotham. And with Batman in his 40s, it’s Luke who takes over as Selina’s Bat-love interest here.

Luke Fox had a bigger role here than I was expecting, actually taking over as the co-lead and getting his own narration. He also gets a new backstory—being a veteran with PTSD. He’s a decent character, but it sometimes seems like his character shifts to whatever the writers need him to be at any given moment. First he’s a cocky young MMA fighter, then he’s a tech genius, and now he’s a grizzled vet. The permutations of their relationship, which follow the basic pattern of Bruce and Selina’s cat and mouse game, are the least interesting stuff here.

Selina’s quest was more intriguing, as she pulls off high-stakes heists and tries to stay ahead of both Gotham’s grime scene and the ruthless assassins she crossed before she returned to Gotham. This book’s take on Ivy is compelling, with her taking essentially the same role to Selina that she does to Ivy in the cartoon—the smart, sarcastic best friend who often becomes the voice of sanity. Harley, though, is much more brittle and unstable than she usually is, treating the Sirens badly and being overly obsessed with Joker.

The story mostly centers around heists, quick battles, and bonding sessions between Selina’s new identity and Luke. Then, towards the end it takes a sci-fi twist that explains Selina’s mission in Gotham and gives the book a much more interesting focus. Sadly, this ending is rushed. With three different groups of villains—including a Joker who briefly shows up and makes zero impact—and a lot of subplots that don’t seem to really resolve themselves, this doesn’t land with quite the same impact as Batman: Nightwalker but presents an appealing lead character with an edge that feels like the classic Catwoman.