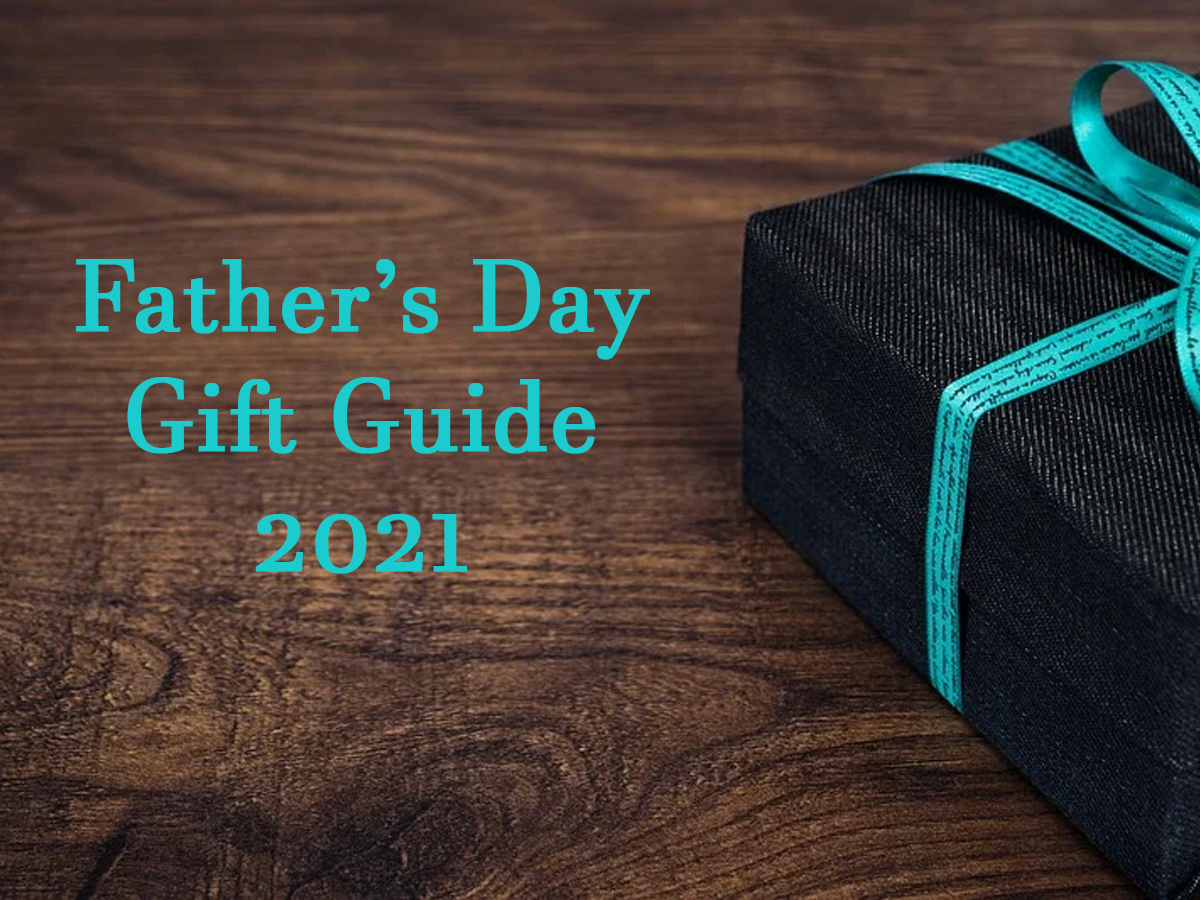 Welcome to this year’s Father’s Day Gift Guide. This is a no-neckties list full of geeky pleasures for any dad. We have a little bit of it all from crafting machines to thermostats that learn your habits. Dive in and find the perfect gift for the father or father figure in your life.

Book: The Thrilling Adventures of Brick Dad by Henry Pinto and Cade Franklin

Suggested By: Rob Huddleston
Price: $19.99
Purchase: Amazon
The sports fan in your life will of course like this game, but so will everyone else – sports fan or no – thanks to innovative game play that ensures close contests, regardless of the depth (or lack thereof) of your sports knowledge. The game is so much fun that it earned the GeekDad Approved label.

Suggested By: Dakster Sullivan
Price: $10.99
Purchase: Funko Website
For the Falcon and The Winter Soldier fan, check out POP! collectible figures from the show. This one features Falcon in his traditional uniform with a clear base to give the illusion of flying.

Suggested By: Dakster Sullivan
Price: Various
Purchase: Rheos
Rheos make sunglasses for the boating dad. These cost-efficient glasses float so if someone drops them overboard it’s not a big deal. Just scoop them up and go on your way. They come in a wide variety of shapes and colors so you are sure to find the right ones for dad.

Suggested By: Mariana Ruiz
Price: $16
Purchase: Amazon
“My husband is into movie or TV-related die-cast cars. From TMNT to the Jetsons to Batman to John Wick, he strives to have them all. If your beloved one has a movie obsession, you can change direction from a plastic toy to a toy car. They look great, are made of metal, and have a nice weight to them, and Hot Wheels has a great variety, they’ve just released a He-Man collection, for example.”

Suggested By: Z
Price: $24.99
Purchase: Amazon
After a successful Kickstarter campaign last fall, Dungeon Bones D&D condition chips have finally made their way to retail. Available now via Amazon for $24.99 for a full set of 20 buffs, ailments, and other status alterations, they’re perfect for the Dungeon Master dad on your list—because saving space, time, and frustration is truly the tabletop gift that keeps on giving! (Review materials provided by Dungeon Bones.)

Suggested By: Dakster Sullivan
Price: $49.99
Purchase: Fun.com
I love Jim Shore and this figurine is no exception. Made from sturdy stone resin and features detailed carvings from top to bottom, this is a great addition to any Mickey and Pluto fan’s collection.

Suggested By: Z
Price: $49.88
Purchase: Amazon
Released just in time for Father’s Day, Miitopia is a turn-based RPG with humor, heart, and, most importantly, you and yours at the center of its madcap adventure. With a fun but not overly complex jobs system, accessible combat, and a cast of less-than-traditional fantasy roles fulfilled by your Nintendo Switch system’s Mii avatars, Miitopia has plenty to offer diehards and newbies alike. Fight evil, restore order, and build relationships along the way in a party-style dungeon-crawler like no other. (Review materials provided by Nintendo of America.)

Suggested By: Dakster Sullivan
Price: $24.99
Purchase: Munchkin
Munchkin is a popular game for friends and family to spend time together. Each game takes about 60+ minutes to play so it’s not for the faint of heart. Face off against Disney’s most famous villains, collect treasures, learn new roles, and see who can beat the villains the quickest. Recommended for ages 10 and up and requires 3 – 6 players.

Suggested By: Paul Benson
Price: $230 – $240
Purchase: Mondo Shop
Newest in Mondo’s ongoing line of Masters of the Universe toys, here’s Hordak in sixth-scale form. Hordak was betrayed by his former pupil Skeletor, and banished to a different dimension. Available in both a standard version and a limited edition with accessories that harken back to Mattel’s Hurricane Hordak figure from the ’80s.

Suggested By: Dakster Sullivan
Price: $24.99
Purchase: Fun.com
In this 2 – 6 player game, players meet and chase after the most valuable ghosts in the mansion to earn cards and points. It takes about 30 minutes to play a single round so it’s perfect for family nights. Recommended for ages 8 and up.

Suggested By: Dakster Sullivan
Price: $199
Purchase: Google Store
Save dad some money on his energy bill and get him a Nest thermostat. This learning thermostat learns what temperature your family likes and builds a schedule around your lives. It’s easily controlled through Google Home devices as well as an app on your phone. Coming home from out of town and want the temperature set before you get home? Log in to the app and quickly and easily make the change so your house is comfy and ready for you when you walk in the door.

Suggested By: Marziah Karch
Price: $199
Purchase: Amazon
This is a present I got my husband a few years ago, and it was worth it. It’s really the gift of delicious smoked meats that you give to yourself. Go with a digital electric model over other models for precise temperature control in low and slow cooking. Don’t forget to add some wood chips.

Suggested By: Dakster Sullivan
Price: $329
Purchase: Amazon
The Cricut Maker is the perfect gift for the crafting dad. With over 300 materials it can work with you dad can engrave, cut, or draw on any number of items.

Suggested By: Dakster Sullivan
Price: $189 – $397
Purchase: Fluidstance
The Fluidstance balance board helps dad stay in shape while standing at his desk. It’s just enough of a challenge to be able to do other tasks while standing on it. Add some extra comfort with the optional foam UPmat ($69). The UPmat can be used by itself or with the balance board.

Suggested By: Jonathan H. Liu
Price: $1.95 for the first kit; around $15 per kit with over 100 kits total per vehicle
Purchase: Die-Cast Club
If the dad in your life loves model vehicles—particularly famous vehicles from films—then the Die-Cast Club kits are a cool way to dive into them. Each build-up, whether it’s the DeLorean time machine or James Bond’s Aston Martin, comes in a series of kits that include magazines about the vehicle, sent every three weeks until the model is complete. It’s a spendy gift, though: the first trial shipment is cheap, but then it’s around $50 a shipment, with over 20 total shipments for the entire vehicle, though you can cancel at any time.

Disclaimer: GeekMom/GeekDad may have received a sample of item(s) on this list.

Click through to read all of “Father’s Day Gift Guide 2021” at GeekMom.If you value content from GeekMom, please support us via Patreon or use this link to shop at Amazon. Thanks! 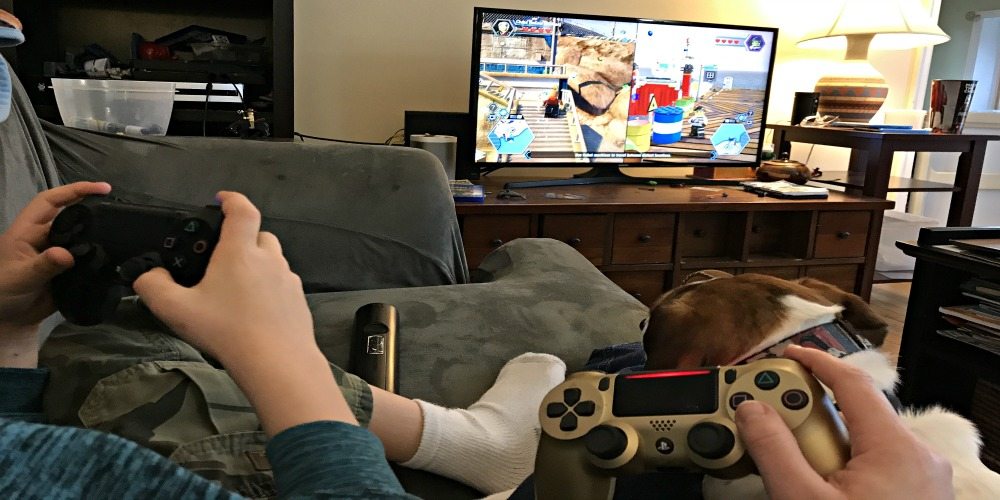 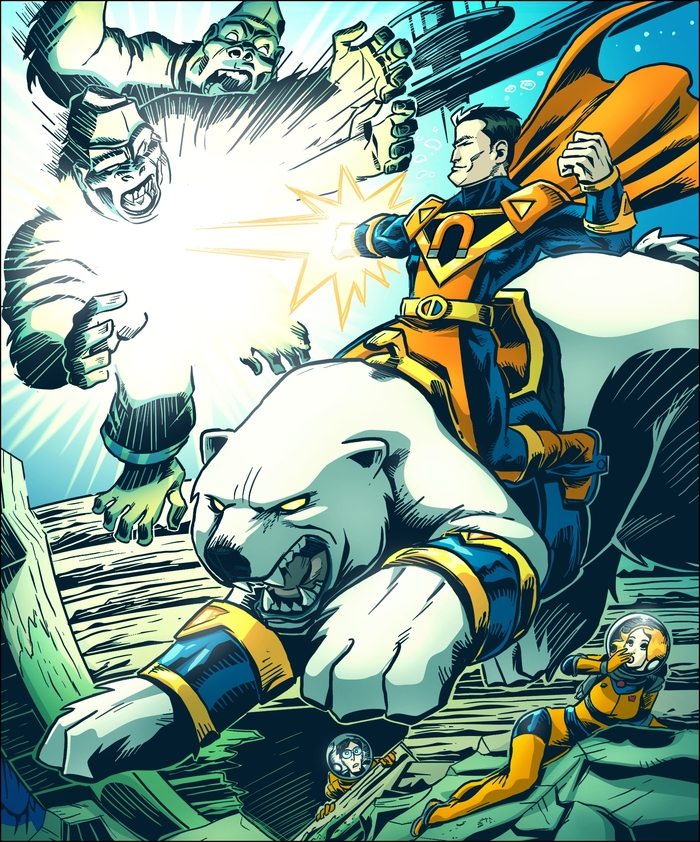 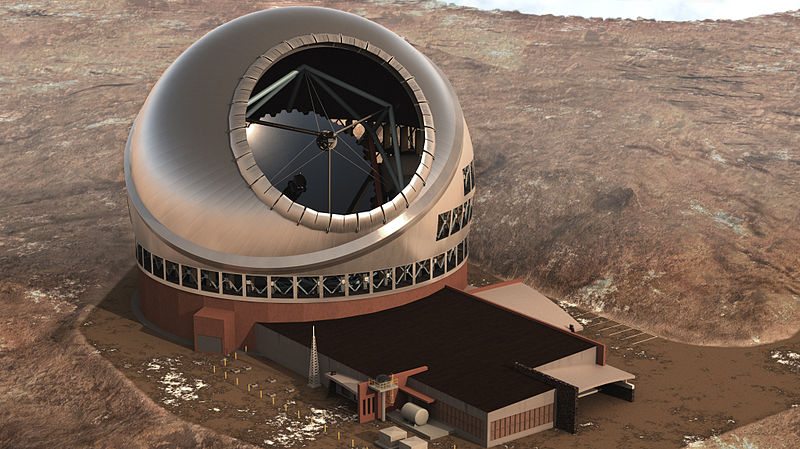