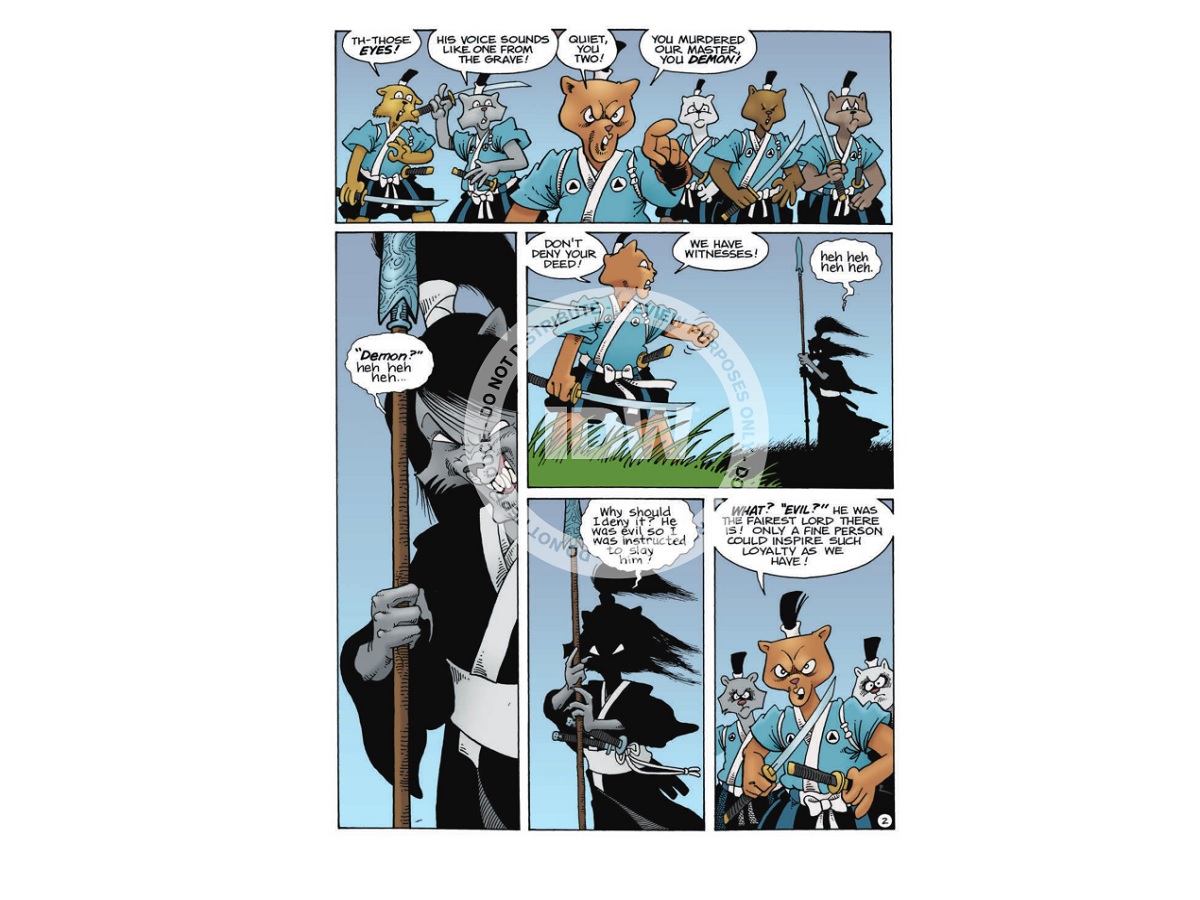 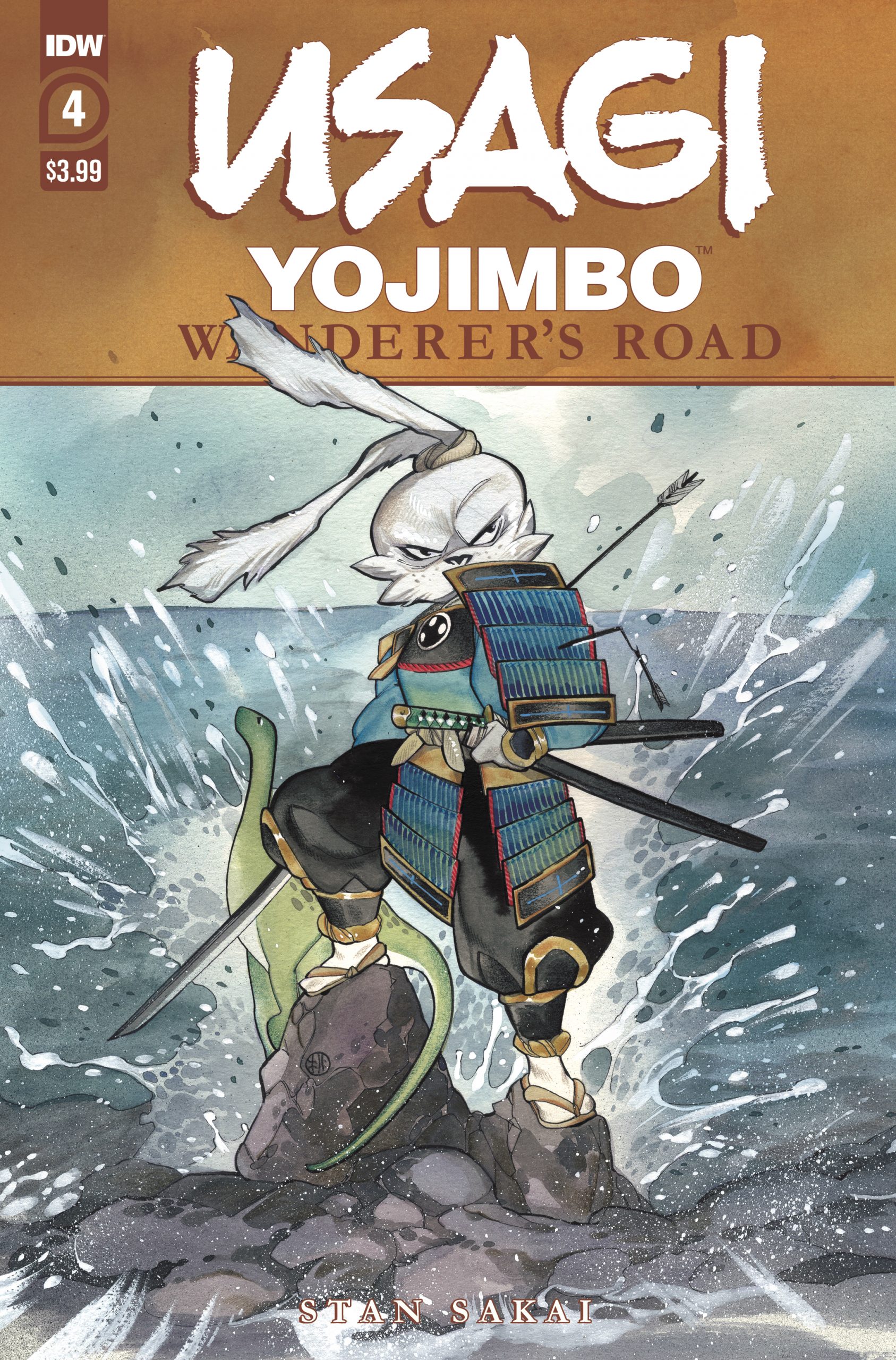 Meet Jei, a most terrifying sight. With his feverish eyes and his strong conviction against evil, this is a fearsome and slightly mad adversary.

After a fever, the Gods have started whispering to Jei, telling him who is evil and who deserves to die under his blade, a black sword that he calls the Blade of the Gods.

Of course, madness is scary, and many warriors are being slaughtered by this strange man. And Stan Sakai, once he has established a setting, will go to great lengths to give you, in comic form, a strong movie-like experience.

Enter Usagi: he is walking under the fiercest storm you can imagine, having been caught by it in a desolate place with no shelter in sight. Suddenly, a cabin appears in the distance, and Usagi pounds on the door, almost freezing, requiring shelter…

And who opens the door but Jei. The room is cold despite the fire, and he quickly points out that he is not, as Usagi thanks him, the owner of this cabin. He is merely passing by because the owner has been executed. 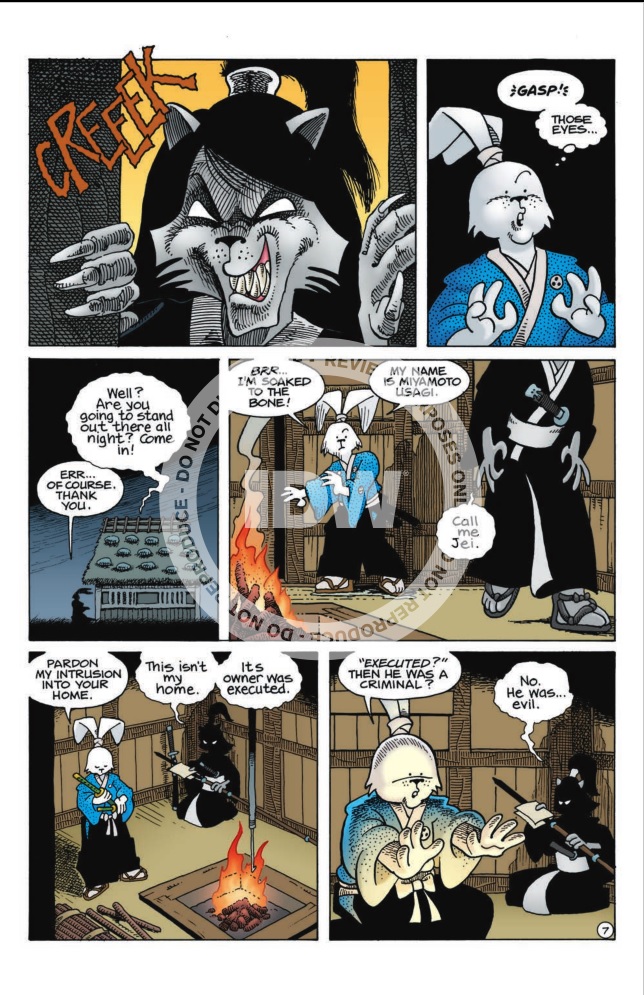 The storm rages on, and Usagi tries to stay awake despite the shivering cold and his strange companion, but Jei is waiting for him to nod off… because, you guessed it, the Gods have whispered again, pointing out Usagi to him.

Then, a fantastic battle ensues, quickly ending outside where the storm keeps on flashing and thundering, closer and closer… This is a great, dramatic, all-out, awesome feature—to the very end! 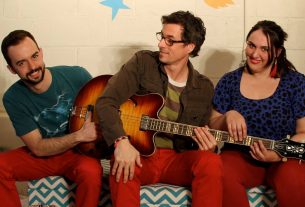 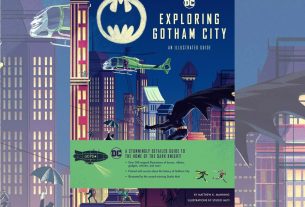