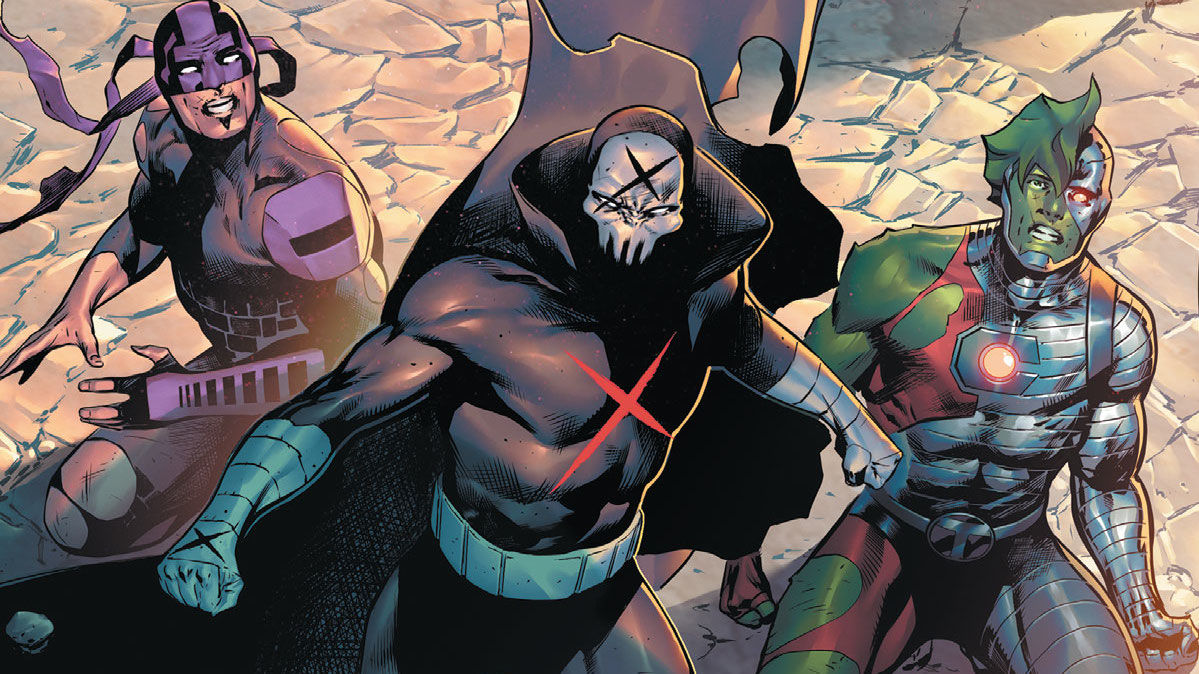 Ray: One of the biggest puzzles of Future State for me is how many of these stories are essentially giving us tales set in the future of upcoming runs before we have the context. That’s the Achilles heel of this miniseries, which shows us how our new Teen Titans team unravels horribly before we have the chance to get to know any of them. As we know, the remaining Titans have decided to open a school for young heroes to learn under veterans, but one of the heroes will become the mysterious Red X—and play a role in a tragedy that kills many of their fellow classmates. I don’t know about you, but I’ve seen more than enough stories where Titans kneel solemnly over the graves of their young teammates and swear revenge, and it’s not the kind of thing that gives me faith about a new direction. But this issue has so much going on it’s hard to focus on only one element.

This story flashes back and forth between the final battle that destroyed the tower and the present day where they try to avenge the losses. The story ties heavily into the Shazam tie-in, so knowing what’s going on with that character will enhance some of the story. The mystical villains of this story, the Four Horsemen, actually spin out of the Flash Future State mini. The problem is, unlike the carefully structured Gotham tales where everything comes back to the Magistrate’s threat, I don’t feel like the threat here is fleshed out enough. The addition of several other Titans as possessed members of the Horsemen comes out of nowhere, and several major deaths in this issue don’t have much emotional impact. The story ends on not one but two cliffhangers, with stories being continued in both the upcoming TTA series and the Shazam tie-in. It feels like yet another attempt at revolutionizing the Teen Titans without actually dialing back on the grim-and-gritty that’s plagued the franchise for so long. 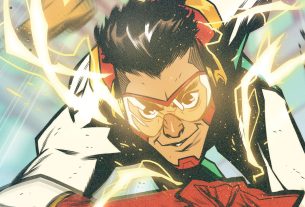