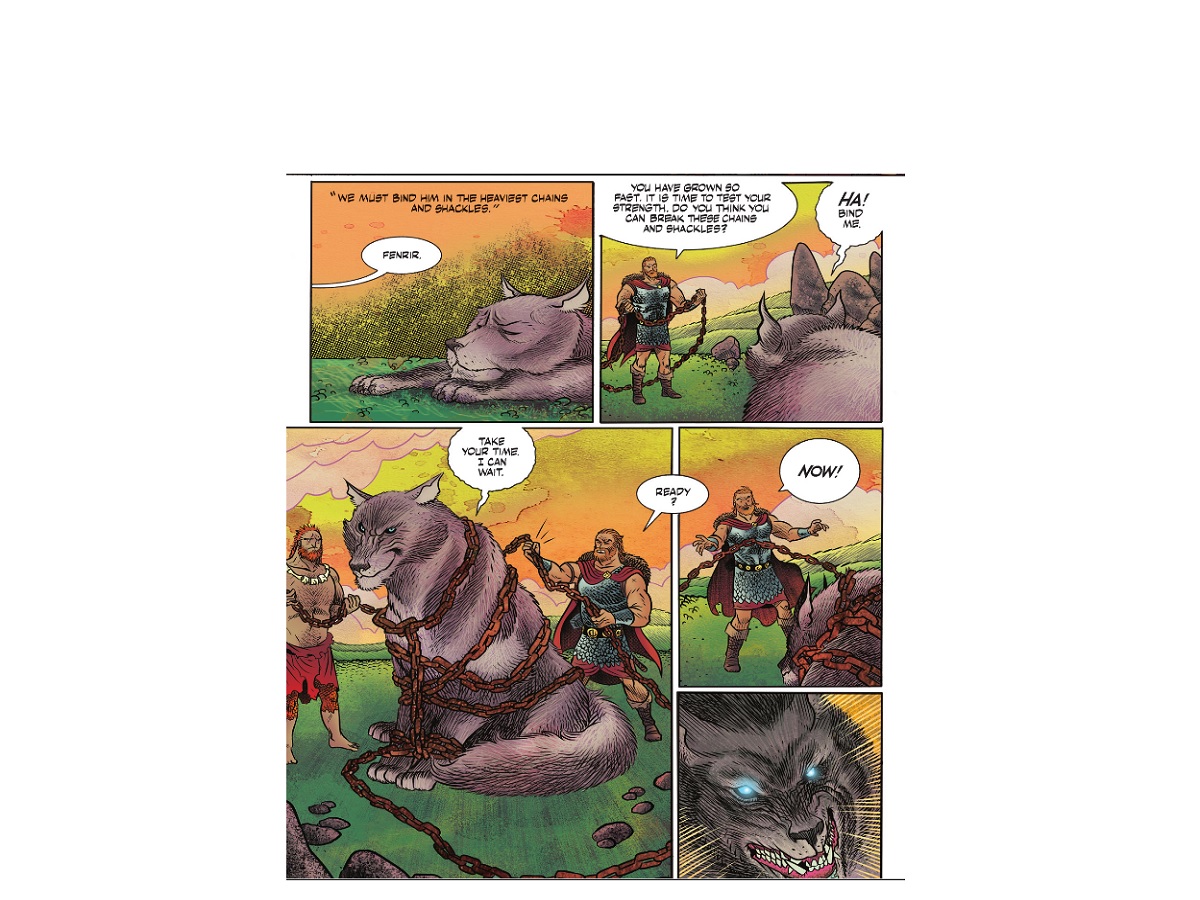 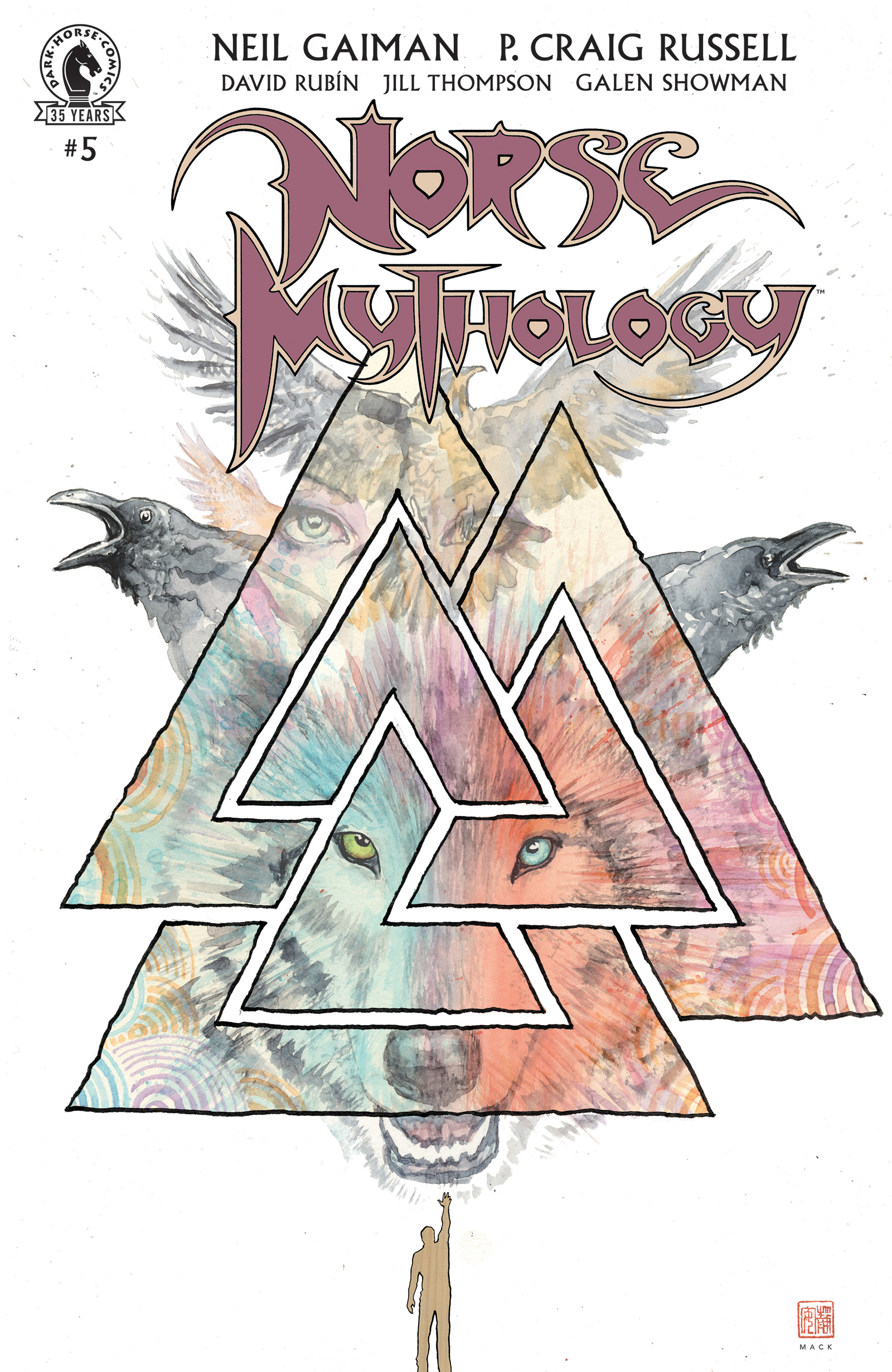 Norse Mythology Issue # 5 tells us how the gods bound Fenrir, the mighty wolf.

As we now know, Loki had many children, and one of them was an enormous cub, who grew larger and fiercer every day.

He had a friend in one of the gods, his name was Tyr. Tyr played with him and respected him; he did not fear him. 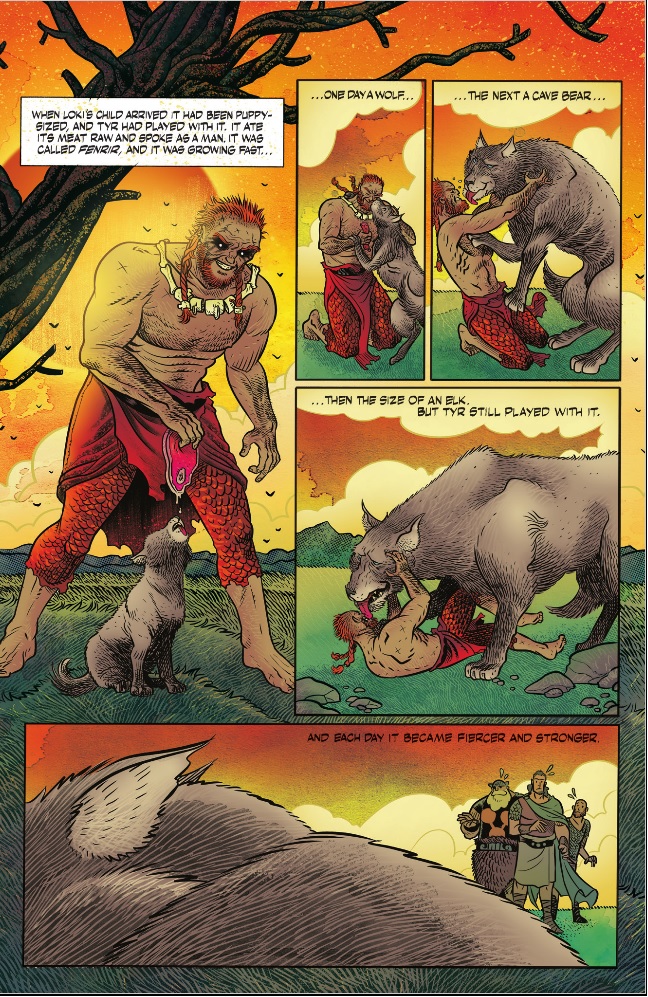 Odin did. Odin was very worried about Fenrir, and devised a set of chains that would be unbreakable, made by dwarfs and magic, as to bind and contain this mighty strength. He feared he would destroy the world, you see.

Faced with them, Fenrir breaks all the chains. When they present him the silken ribbon made by the dwarfs, the wolf′s only request is to have his friend′s hand in his mouth: if they do not release him, he will bite into it and leave Tyr one handed.

And yes, Odin will not release him. Fenrir said he would have been a friend of the gods, if they had released him, but now he would eat the sun and the moon and kill Odin, thus bringing upon them Ragnarok, the end of all things.

This is a classic mythological tale: how do you prevent your manifest destiny? You can′t, and by fearing and reacting to it, you just accelerate and ensure the result; it’s our human paradox, one we seem unable to resolve.

And here we finish the tale of Loki′s children. Up next: Freya′s unusual wedding… 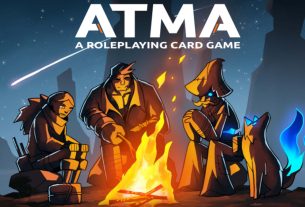 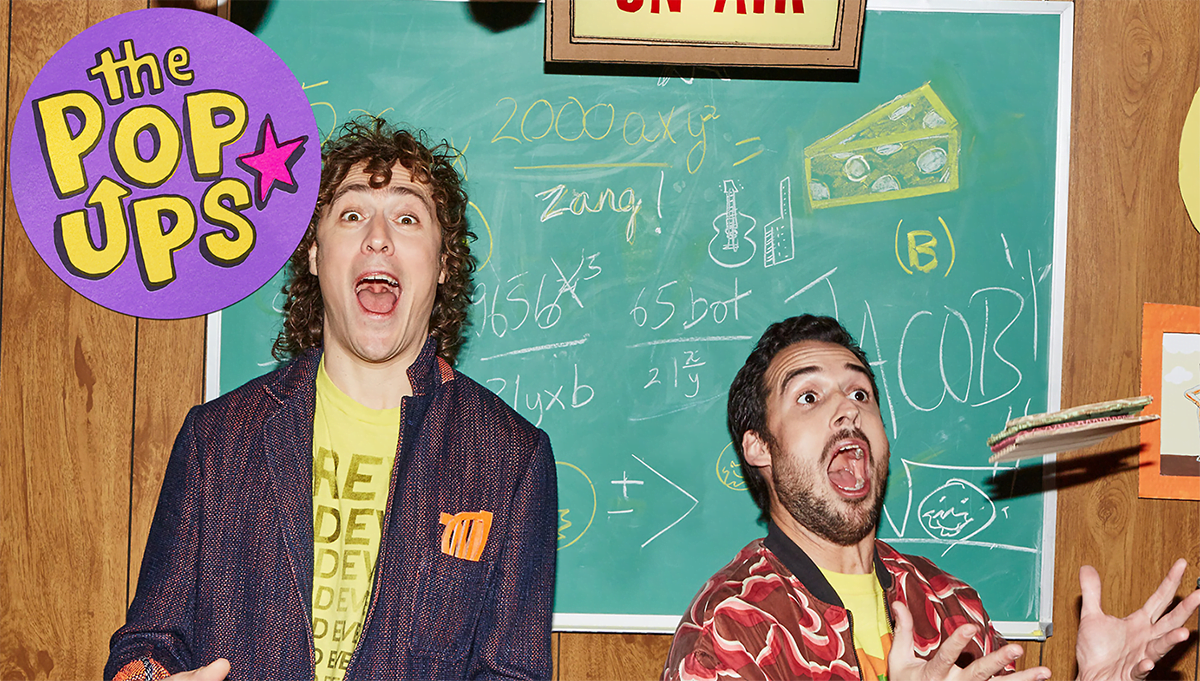 Raise Your Kids’ IQ (and Dance Ratio) With the Pop-Ups 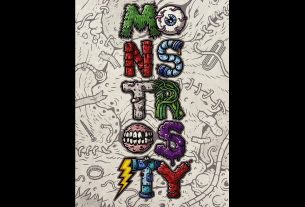 Kickstarter Tabletop Alert: Be the First to Bring Your Creation to Life in ‘Monstrosity’