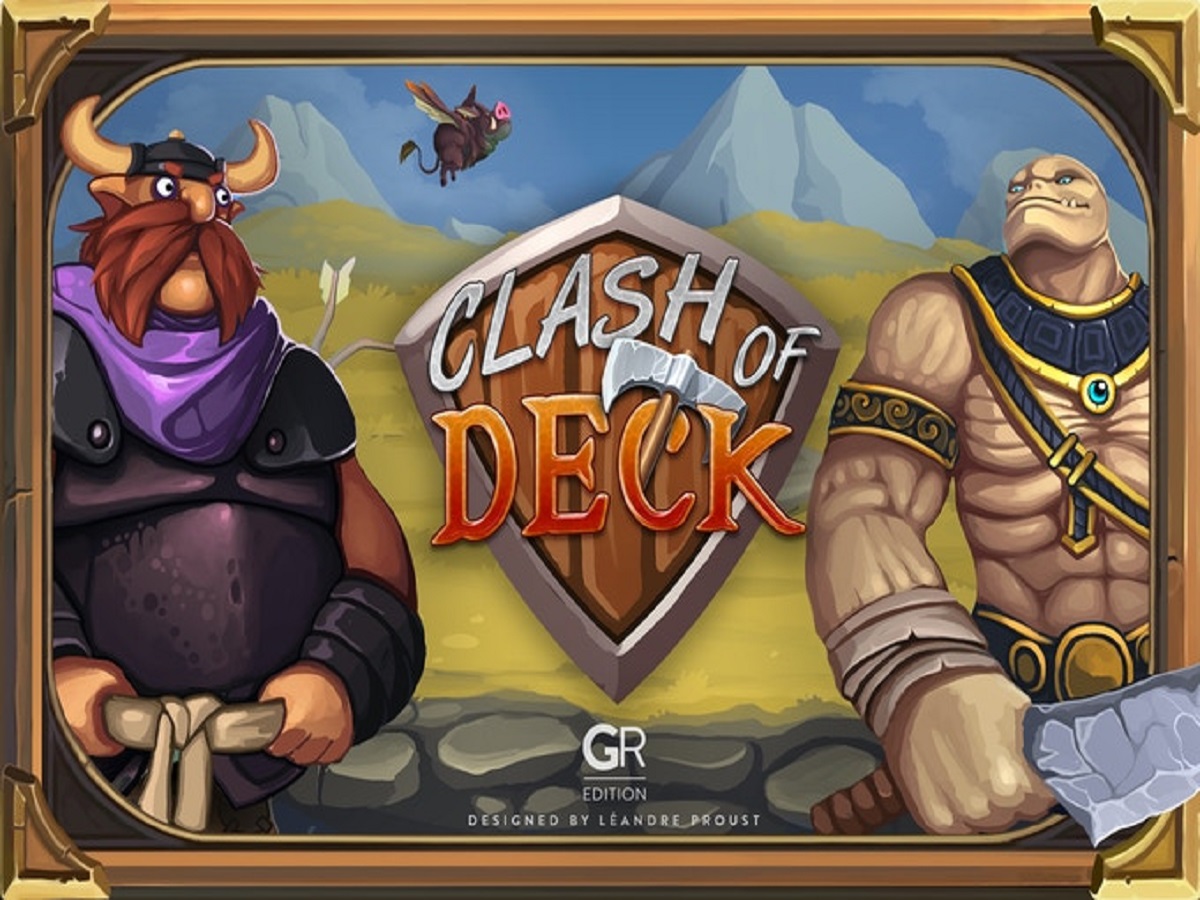 The Erret Archipelago is comprised of hundreds of islands connected together by huge bridges. These bridges once allowed trade between the islands and prosperity and wealth for everyone. However, times have changed and a cataclysmic imbalance afflicts the archipelago with islands sinking down into the sea on a daily basis. Lord-Sorcerers rule the remaining islands and fight to control the safest islands. As one of these Lord-Sorcerers, you must fight to cross the bridges and take control of the islands of others like yourself.

What Is Clash of Deck?

Clash of Deck is a game for 1-4 players, ages 10 and up, and takes about 15-30 minutes to play. It’s currently seeking funding on Kickstarter, with a pledge level of $30 for a copy of the Base Box and $48 for the Deluxe Box. Clash of Deck was designed by Léandre Proust, published by Grammes Édition, with illustrations by Studio Rexard and Clément Proust. The game features six different play modes: solo, duel, everyone for themselves, cooperative, 2v2, and Legacy.

Here is what you get in the Base Box:

The Deluxe Box includes all of the above plus:

Unit cards are the main cards you play with in your deck. Spell cards can be played during the game and act instantly while hero cards provide bonuses to your unit cards. The prototype which I received only contained unit cards. Each has a mana cost in the upper right corner, an attack value in the lower left, and a health value in the lower right. Some also have special abilities as indicated by the icons in the center of the lower half of the card.

Bridge cards are used to divide the play area between the two players and form two lanes along which unit cards are played. The double-sided Watchtower/Stronghold cards are used in the players’ hands to keep track of damage to that player’s stronghold and to determine victory.

How to Play Clash of Deck

Download a copy of the rules here. The description which follows is for a duel between two players.

The goal of the game is to inflict enough damage on the opponent’s stronghold to defeat them.

Each player starts off with a Watchtower/Stronghold card. Place two bridge cards in the play area and then shuffle all of the other cards into a draw pile. Reveal the first 4 cards. Player A picks one, then player B picks two of the remaining cards. Player A then takes the last card. Repeat this draft but Player B goes first this time. Repeat this process until each player has 8 cards. Shuffle these cards to form a hand and then place the Watchtower side of the Watchtower/Stronghold card in the leftmost position in that hand. You are now ready to play.

For this setup, I described the draft format. However, there are also two other formats for creating your deck. Initiation format uses preconstructed decks and is great for easing new players into the game. Finally, the Constructed format allows players to create their own deck of eight cards to allow for powerful combinations of special abilities. For this format, players pick 10 cards of their choice, then their opponent gets to banish two of them.

During the Mana Regeneration phase, a player’s mana for the turn is calculated by counting the number of cards in their hand, including the Watchtower/Stronghold card. Some cards in play may provide mana to the player’s total as well. During the first turn, each player gets only six mana.

Mana is spent during the Summoning phase. Here players use the mana to play cards from their hand. They can only play the four cards leftmost in their hand, not including the Watchtower/Stronghold card. The cost in mana to play a card is listed in the upper left corner of the card. Players can play as many cards as they wish as long as they have sufficient mana to pay for them. Played cards are placed one at a time in the play area on the player’s side of the bridges. The play area consists of two lanes, and upper and a lower, with a bridge in the middle of each lane. Player A places their cards to the left of the bridges while Player B places them to the right of the bridges. The first card in each lane is placed adjacent to the bridge with each additional card placed in the next space behind cards already in play. There is no limit to the number of cards that can be placed in a lane and players can place cards in any lane they choose.

After a player has played all of the cards they would like to play, the Assault phase begins. At the bottom of each card is an attack value on the left with an axe behind it and health points on the right with a shield. A unit cannot attack in the same turn it was summoned (unless a special ability allows for this). Units automatically activate and attack in a predetermined order. It starts on the upper lane with the unit farthest from the bridge to the unit adjacent to the bridge. Then the units in the lower lane attack in the same order.

During an attack, the attack value of the active card is compared to the health value of the opposing card in the same lane, starting with the one closest to the bridge. If the attack value equals or exceeds the health value of the target unit, that unit is returned to the owner’ and placed in the rightmost position in their hand. The defending units in that lane are then move towards the bridge to fill in the gap.  If a unit is not destroyed outright, the active player then attacks with the next unit in that lane. Damage is cumulative for the round, so a second or third unit could attack and inflict more damage. However, for those units who are not defeated, their health points are restored at the end of the round. If there is no opposing unit that can be attacked, then the damage is inflicted directly to the opponent’s Watchtower/Stronghold.

Many of the cards have special abilities printed on them. Some allow the unit to attack in the turn they were summoned, but cannot attack the Watchtower/Stronghold. Others inflict damage on not only the target card, but also the card behind it or the card in the same position in the other lane. There are also flying units and the ability to attack flying units. The Shield ability allows a unit to absorb all damage from the first unit that attacks it during a turn without losing any health. A second unit attacking it then can inflict damage.

The game ends when a Stronghold card in a player’s hand reaches the rightmost position. That player loses the match and the other player wins.

Why You Should Play Clash of Deck

Clash of Deck may look like other battling card games out there. There are mana costs to play cards and each card has an attack value and a health value. However, that is where the similarities end. The fact that you only have eight cards, in addition to the Watchtower/Stronghold card, and those cards are either in your hand or in play at all times is a change. The only randomness in this game is when you shuffle your cards at the start of the game which then sets up which four cards you can play for your opening summons. Also, with only eight cards, if one of your cards in play is defeated, chances are you can get it back into play on the next turn or two. You also know exactly which cards your opponent has in their hand right from the start no matter which format you are playing.

The way in which the Watchtower/Stronghold card is used to show damage is unique and at first seems a bit confusing. I admit I had difficulty understanding how it would really work in a game until I actually played a game of Clash of Deck. This mechanic is something completely unique and requires playing differently than other games. As you play cards from the left of your Watchtower/Stronghold card, you actually move this card to the left in your hand (as you remove the cards from the left) and as your cards in play are defeated, they return to your hand on the right side, essentially healing you. It is important to keep some cards in your hand. If you were to ever play all eight of your cards, you would then lose since the only card left is the Watchtower/Stronghold, making it in the rightmost position in your hand. This fine balance between playing cards so you can attack as well as defend in the play area and keeping cards in your hand to avoid defeat creates an interesting and new challenge that further adds to this game.

The special abilities on many of the cards let you create some great synergies and can really add a twist to the game. Clash of Deck features 28 of these special abilities, so you will mostly likely have only a fraction of these in your deck for any one game. Knowing when and where to play cards with special abilities further adds to the tactics of this game. The Legacy cards, which are included in the Deluxe Box, allow you to play a legacy game where you add special ability stickers to these cards to upgrade them as you play through the campaign of twelve plays. These cards can then be used in other formats of the game.

I really enjoyed playing Clash of Deck. If offers something different along with something familiar. This game is one that is easy to pick up and learn, but also provides some great depth making it challenging to master. The various options for selecting the cards in your deck and the variety of play modes makes this a great, quick game which can be played solo as well as with 2 or 3 or 4 players. This makes it ideal as a starter for a game night or as the main course for a mini tournament. While the Basic Box allows for up to four players, the Deluxe Box not only adds Legacy mode, but also has enough cards for eight players whether you have four duels or two 4-player games going at the same time. Clash of Deck makes a great addition to any game collection whether large or small.

For more information or to make a pledge, visit the Clash of Deck Kickstarter page! 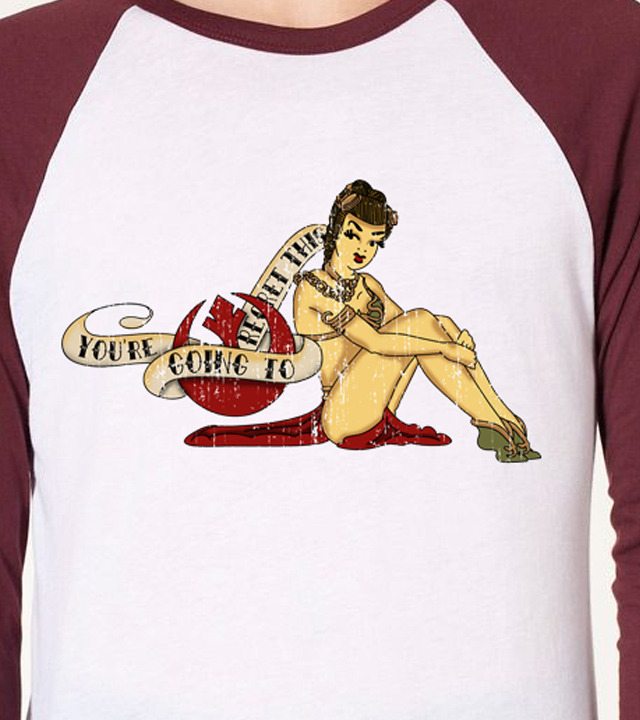 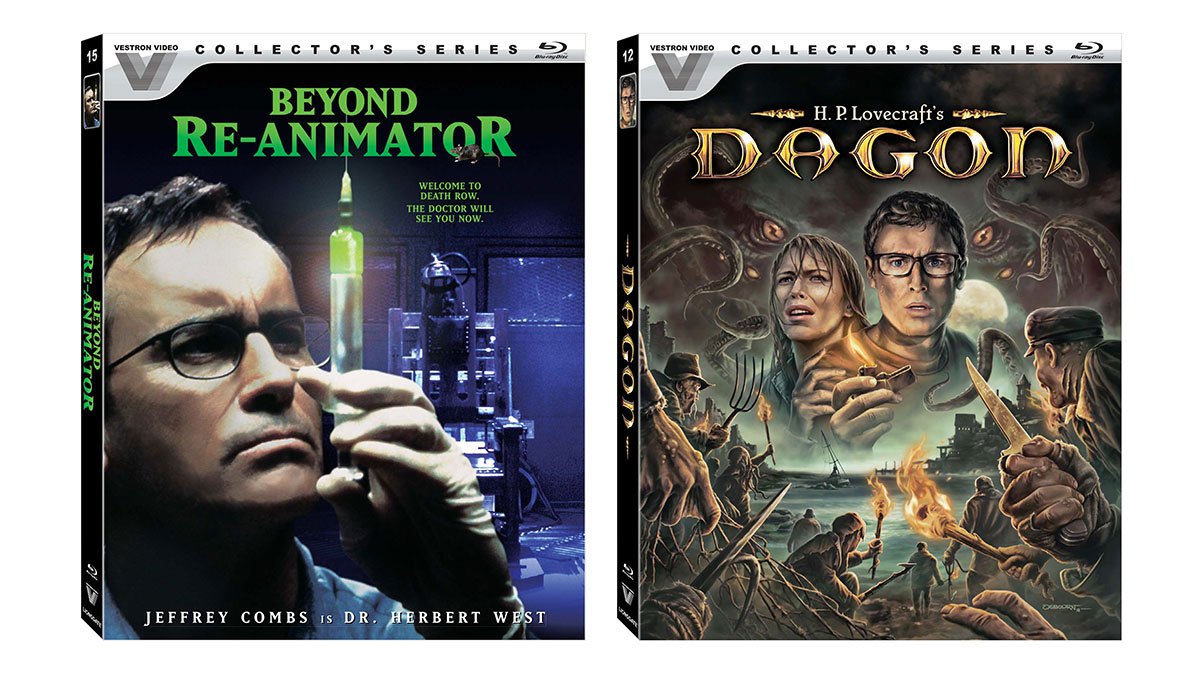