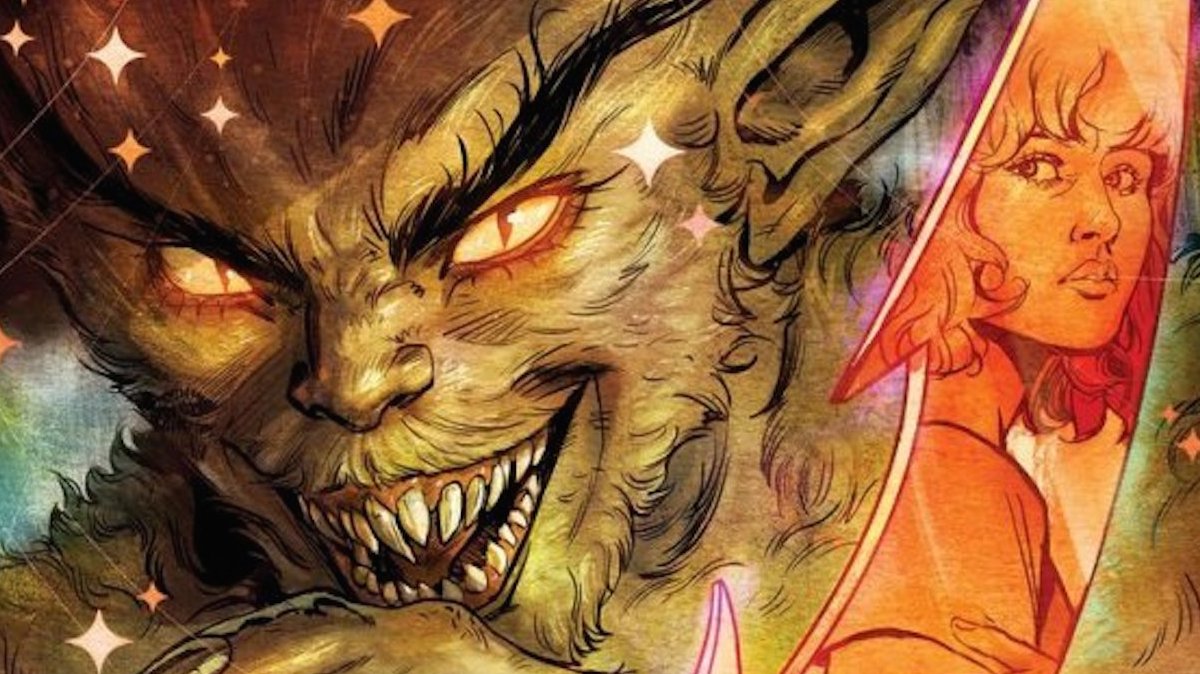 Ray: We’re taking a break from our main narrative this issue, as Lindy finally gets her doctorate and Ruin tries to make amend in brief segments. But that doesn’t mean things are going to be any less compelling this issue—as we’re introduced to some new players and one old one gets a much bigger role. A young priest in training named Benedict decides to leave the service, despite some enthusiastic—maybe too enthusiastic—encouragement from his Bishop. I’m a little suspicious about the Bishop, but this brief segment is a compelling look at what it’s like to be a minority in the Church. The main meat of this issue, though, goes to Heather. First introduced as a young trans woman with deep ties to magic a few issues back, we get a better look at her world this issue, including her role as a rave DJ, but it’s not long before her past actions come back to haunt her—in the form of the demon Puck.

Slashed with a Vorpal Blade and cursed to bleed to death—as well as to be hunted by various demonic creatures—she flees for her life and winds up collapsing at a hospital. There, she calls on John Constantine for help and finds herself under attack not just from demons but from bigots. Transphobia has been a major topic in Britain over the last few months, with medical neglect and direct violence both being a major concern that’s reflected here. I don’t know when this script was written, but it feels very timely. Javier Rodriguez takes over on art for Nick Robles this issue, drawing the two-part bridge storyline before the main players return, and he does an amazing job. His colors—provided by him as a solo artist this issue—are vivid and can shift neatly from a neon disco to a darkened hospital room. This issue can be hard to read at times, but it might be the best of the series.