We do love to be entertained. This is certainly a universal human trait, but it definitely holds true throughout the geek communities. Be it the fresh smell of paper, the rattle of a projector, or sweet musical notes, we have enough suggestions this year to fill two guides. Read on for our picks.

Marking 100 years after the 19th Amendment to the U.S. Constitution was ratified, this book goes into how women (and some men) helped to bring that amendment about, and what has happened in the century since. Written by a creative and snarky author and filled with illustrations by 100 women artists, this amazing history book makes 19 major stops on the road of women’s rights history and entertains us along the way. It’s a fascinating and energizing read. Read my full review.

This hilarious semi-parody is a fantastic reflection of the reprehensible behaviors of men in all aspects of life and business. Created by Nicole Tersigni, this book features classic art overlaid with quotes men actually say to women, none of which are things anyone should say to anyone, ever. What makes this book so powerful, though, is that there is a real need for cultural growth, and women can relate to the many ridiculous things they’ve heard men say time and time again. This is a great gift for men, women, nonbinary folk, and even older teens. It’s a little too mature (in topic and language) for younger people, though.

This wonderful compendium by Megan Lynn Kott and Justin DeVine chronicles various unusual creatures who might just be your familiar. This book is filled with creatures you wouldn’t normally consider having as a companion, whether that’s in real life or in a role-playing game like Dungeons & Dragons. As a matter of fact, my D&D familiar is a burrowing owl, who made it into the book under “Partners well with: Witches who are most comfortable in sandals,” which applies well for both myself and my character. Who would have thought? Other creatures include the sun bear, the tanuki, the axolotl, the flying fox, and many more. Features include endearing descriptions of each creature, its star sign, its element, suggested names, strengths, and weaknesses. What unexpected familiar will you bring home?

This hefty tome features Legends, creatures from the Magic: The Gathering universe who define the story and show its growth over time and releases. Read biographies of legendary humans, angels, demons, goblins, dragons, sphinxes, and many more. This book walks you through 14 realms, telling the stories of each plane and its legendary heroes. Learn how Phyrexia’s corruption began, who created Ravnica’s Guildpact, and how Avacyn went from the paragon of faith and protection to the destroyer of hope. Along with the biographies, there is art from cards, concept art, and other art, like you, might find in Magic: The Gathering materials such as boxes, rulebooks, etc. Over 100 legends from countless stories are featured here, making this a great gift for any Magic: The Gathering fan.

One of the great joys of parenting for me is reading with my kids. I read to them when I was pregnant, I read to them to keep my sanity when they were newborns, I read to them still every night. But this is nothing compared to the joy I feel when I look over and see one of my kids engrossed in a book. I will be eternally thankful to authors like Jeff Kinney and Dav Pilkey, who have written series that so captivate my son, that some of his favorite days are when we take our annual book store dates to pick up their latest novel. Dog Man by Dav Pilkey is a series that he returns to time and time again, and so we were both excited to see that a new series from that universe was being written. Generally, I will try and have one of these books waiting for him on Christmas morning, but for a new series, neither of us could wait!

Cat Kid Comic Club features one of our favorite characters, Li’l Petey who, along with Flippy the Fish and Molly, try to teach twenty-one baby frogs how to create their own comics. To catch you up, the twenty-one baby frogs were saved from the fair fairy, who was good then turned evil, in a previous story, and were then adopted by Flippy the Fish, who was evil but is now good. It’s a really accessible way of looking at various art forms and approaches to creating stories. I like that Pilkey emphasizes that mistakes are all part of the creation process. That even a mistake can mean you are making progress, and if you persist and have patience you can achieve your goal. The frogs can’t come up with any good ideas and so Cat Kid and Molly tell them to come up with terrible ideas and work from there. For half of this book, you are reading their terrible creations. Flippy, their new father, gets to approve all the stories and wants them to be more appropriate. He gradually learns that he needs to let their creativity lead them, even if he doesn’t like poop jokes himself. A lesson I had to learn as a parent very early on! Toby’s favorite thing was that halfway through the book Cat Kid and Molly tell the frogs to end each story with “Coming Soon” and a teaser of the next story. We also each have a new favorite character, for him, it’s Chubbs McSpiderbutt, but for me, it’s twenty-one cute baby frogs!

When the opening page is a tree frog telling you that you won’t believe what you’re about to read, chances are you about to go on another adventure with the National Geographic Society. Whether your penchant runs to sports, history, or science, there is a chapter in this book for anything you could want to share with the tiny humans you have created. Through photos, infographics, and Q&As with in-the-field experts, you can learn a little bit about everything with this book. Always a sucker for a good infographic, I was most interested to learn about the color chemistry of fireworks. I won’t be setting any off any time soon, but it’s nice to know that if I do so, I need only Strontium and Copper to create purple sparks. Like much of the series of books from National Geographic, this book asks questions you didn’t know you wanted the answer to. Who was the first tourist to visit the International Space Station? What is the Grand Watermelon? Just how close are we to driverless technology.

There is always something more to learn about this amazing world we live in, and what I love about the National Geographic book series is that they are hell-bent on showing you absolutely everything. It is a never-ending mission, but one that my son has wholeheartedly embraced. The quality of the book, and of the information it contains, is superb. It will stand up to many re-reads and there will always be something new to discover. These books are the kind of books that I can happily snuggle up with together with my eight-year-old with, as we take a journey around this crazy universe we live in together. He might not sit still for The Hobbit, but he will sit still for the ancient city of Nan Madol or the alternative energy sources that can be gleaned from dog poop in Massachusetts.

What better way to pay tribute to the late Chadwick Boseman than with this stunning release of the soundtrack for his most iconic film? For the first time ever available on vinyl, Mondo has produced a limited 3XLP pressing of the original soundtrack for Marvel’s Black Panther.  The score is composed by Ludwig Göransson, who also composed the music for The Mandalorian. The album is housed in a tri-fold silver foil jacket, with illustrated artwork by Martin Ansin. And the three discs have been pressed on 180-gram silver and black-colored vinyl.

The Flash is the fastest man alive and that comes with some pretty impressive storylines over his 80-year history. Step into the world of the Flash and the storylines of the slew of people who have held the scarlet mantel over the years. This book covers the top 100 greatest moments of the Flash and includes appearances by his allies like Batman and Superman as well as his famous villains including the rogues and Reverse-Flash.

Follow the adventures of Harley Quinn, Mera, and Catwoman as they navigate their world and decide if it’s better to take orders and sit back and obey or resist, revolt, and rebel against the people in control. These three titles are a perfect way for young readers to get started in DC Comics.

Perfect for young readers looking to get into DC Comics, Teen Titans: Raven and Beast Boy follows the adventures of the young future heroes and how they navigate their 17-year-old lives and the pressures of being different. 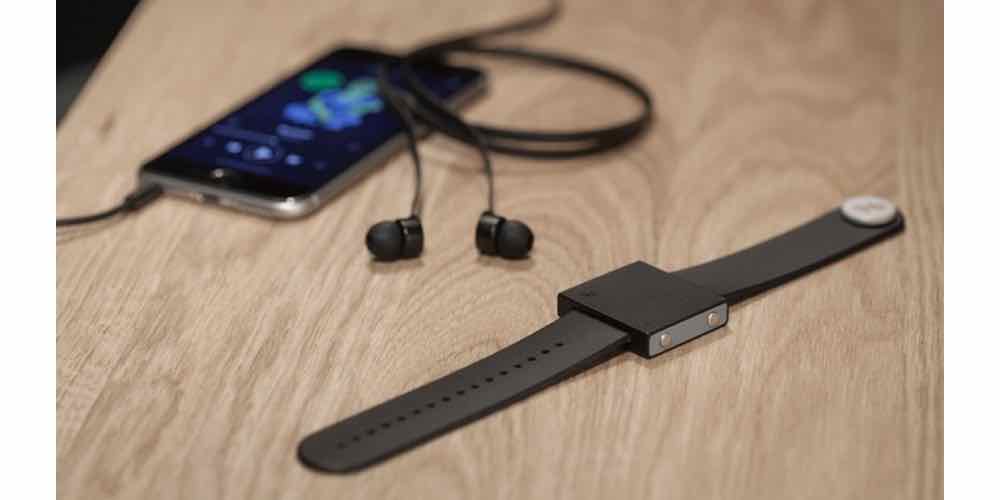 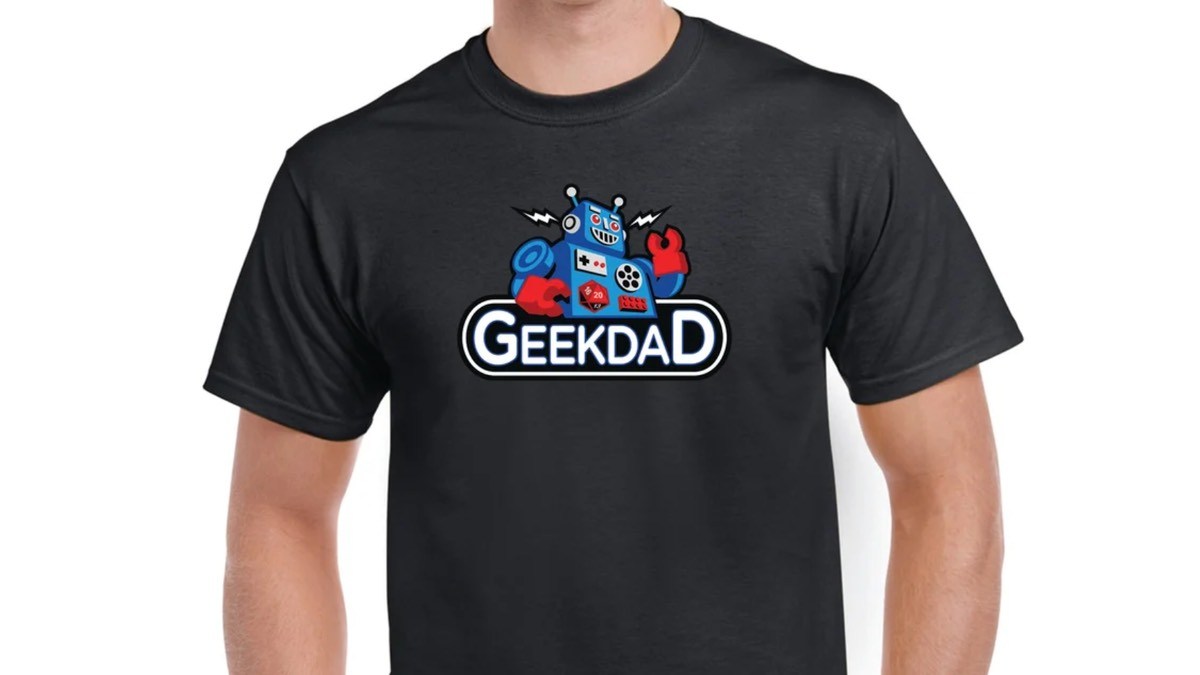