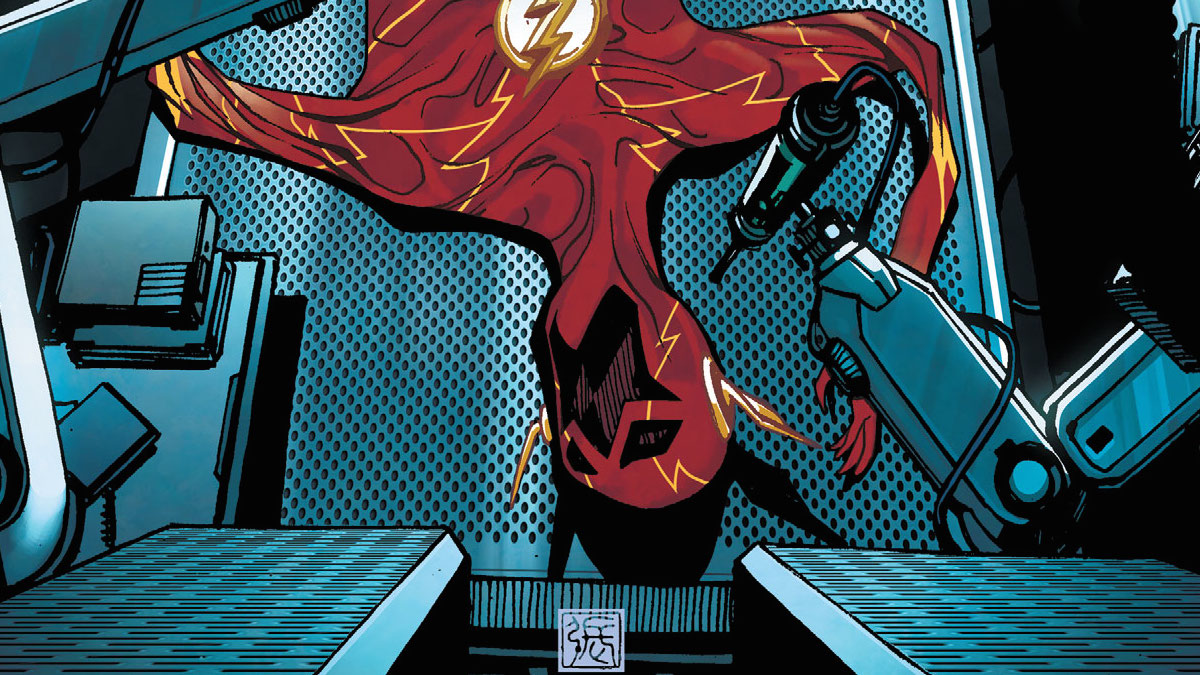 Ray: As this run of The Flash comes to an end before a series of mini-events starting next month, Kevin Shinick sets up the final showdown with Doctor Alchemy. This mostly-forgotten Flash villain has been a compelling foe, with the creative team taking full advantage of his reality-warping powers thanks to the philosopher’s stone. However, last issue added the interesting wrinkle that this isn’t just Barry’s old rival Albert Desmond – it’s the spirits of every mad alchemist through history possessing him. This puts Barry in an interesting bind similar to the one Batman faces every time he goes up against Two-Face – how do you defeat an enemy who you’re also trying to save? With Alchemy’s powers getting stronger and the alternate personalities becoming a bigger threat, Barry is forced to consider a risky approach – building his own philosopher’s stone to counter Doctor Alchemy’s.

This brings in Dr. Will Magnus to consult, although he warns Barry that using the stone could drive him mad. Iris also has her worries – as we’ve seen through this storyline, she’s not afraid to call Barry out on his recurring hangups. By the time the final battle starts, we see just what Alchemy’s powers can do to a city when unleashed. I wasn’t really a big fan of the last act twist, though, as it pulls the rug out from the most interesting part of the story. It also felt like we’ve seen the resolution for how to deal with a villain the hero doesn’t want to kill and who can’t be contained easily before, although a story doesn’t have to be totally original to be good. This definitely feels like an old-school Flash story, and one that nicely sets up the next chapter of Barry and Iris’ relationship. Next up is Endless Winter and then a Future State story, but whoever the next Flash writer is long-term will have a strong foundation to build on. 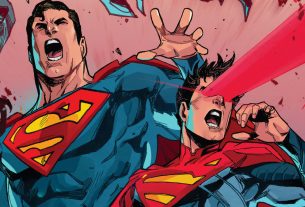 The American Way: Those Above and Those Below: Preview