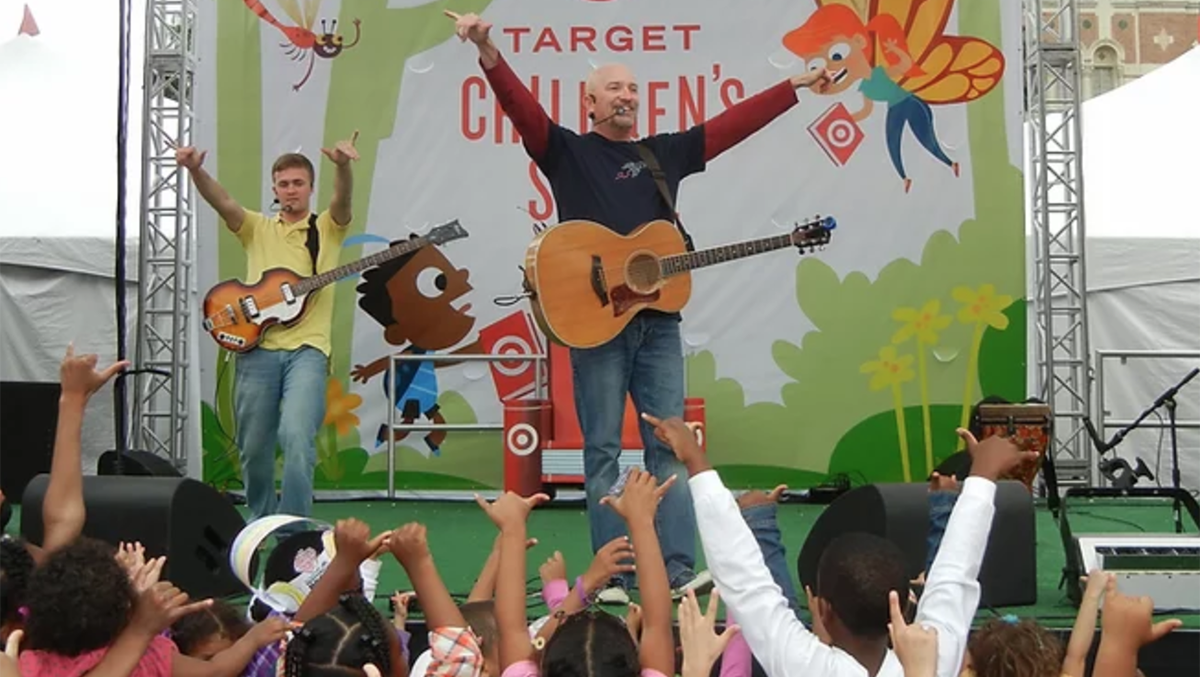 Roger Day was one of the first children’s music artists that my son Ben was excited to seek out and see live, in person. We’d heard “It’s a No-No To Kiss a Rhino” on Spare the Rock, but the chances of a drivable performance seemed remote, as Roger lives in Tennessee. However he planned a two-week New York summer tour, and we wangled tickets for a library show in Roslyn, Long Island through a family friend whose parents lived in that municipality.

At that time, more than a decade ago, Roger was performing songs from his first two CDs. Since then, as his own children have grown (oldest son Thomas is finishing medical school), he has crafted a new path for both his recorded music and live stage show. Roger is more science-directed (one stage show is entitled “Zoo Keeper’s In the House”) and his latest release, “Invincible!”, promotes positivity and the value of facing your challenges head-on.

Roger has pivoted from traditional children’s music performances to themed sets targeting schools. The “Invincible!” show comes complete with study guides and student worksheets. I don’t recall the Wiggles ever providing such materials (To be fair, I’m not throwing the Aussie quartet under the bus here).

“I can do anything at all,” is the power-pop chorus of the title track, with the codicil, “through the pages of a book.” Followup “No Ordinary Super Hero” stresses that imagination is key to developing what makes someone special. “Get A Robot First” digs a southern rock vibe as Roger urges future scientists that:

And if they get on your nerves,
You can press restart
Many children’s music releases these days are focused on distraction from the world outside. Roger doesn’t deal directly with the pandemic, but he assures kids that they can master their own destinies. Songs like “Solve the Problem, Save the Day” and “The Everyday Hero Song” encourage children to think for themselves. Album-closer “Love Is My Super Power” reminds the most self-reliant child that they are not alone, and that we can all work together to get through the day. Parents may not be invincible, but “Invincible!” affirms that there are modern-day heroes walking amongst us every day.
“Invincible!” is available from Roger Day’s website, Amazon, Spotify, and Apple Music.
Here is the video for the title track of Roger Day’s new album, “Invincible!”:
Liked it? Take a second to support GeekDad and GeekMom on Patreon!