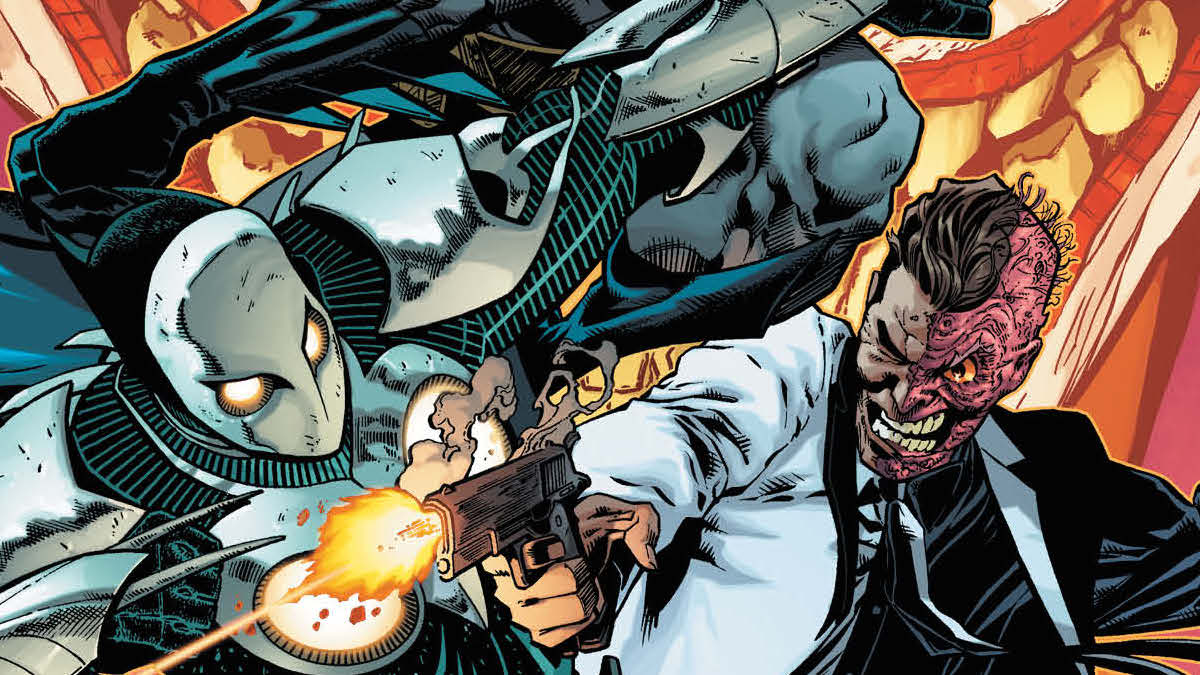 Ray: If you ever wanted to see how chaotic a Batman comic could get, the first half of this issue makes a good case. Not only is Batman dealing with an increasingly unstable Two-Face whose fragile psyche has been shattered by a bullet to the head, but Joker is gearing up his assault on Gotham and has unleashed the Court of Owls to finish the job. This includes Batman’s “brother,” the deranged Lincoln March. I could quibble with the fact that Lincoln, the big bad of some of Snyder’s biggest stories, has mostly been reduced to a mook here, but it’s hard not to like a comic where Two-Face is wearing Jim Gordon’s Bat-armor and fighting alongside Batman against an army of killer zombie assassins. It’s Gotham City at its craziest, and the art by Brad Walker is particularly strong in the action scenes.

But then the issue takes a pretty interesting twist, with Two-Face switching back to his more dangerous personality and Batman having to perform a risky battlefield surgery to remove the bullet and restore his old friend’s personality. Joker is watching, but doesn’t do much this issue beyond provide color commentary to the over-the-top fight. I’m most interested in the new status quo that’s set up at the end of the issue, with Two-Face safely in Blackgate—not Arkham—working as a jailhouse lawyer with his Harvey personality firmly in control. Will it stick? Probably only until the next writer wants to write Two-Face, but Tomasi has done a good job emphasizing the bond that Bruce and Harvey still share. It’s one of the more complex links Batman has to his enemies. A fun issue, but as a Joker War tie-in it’s really more of a side story that leads into bigger upcoming plots. Still, any comic with Rookie vs. zombies gets my recommendation. 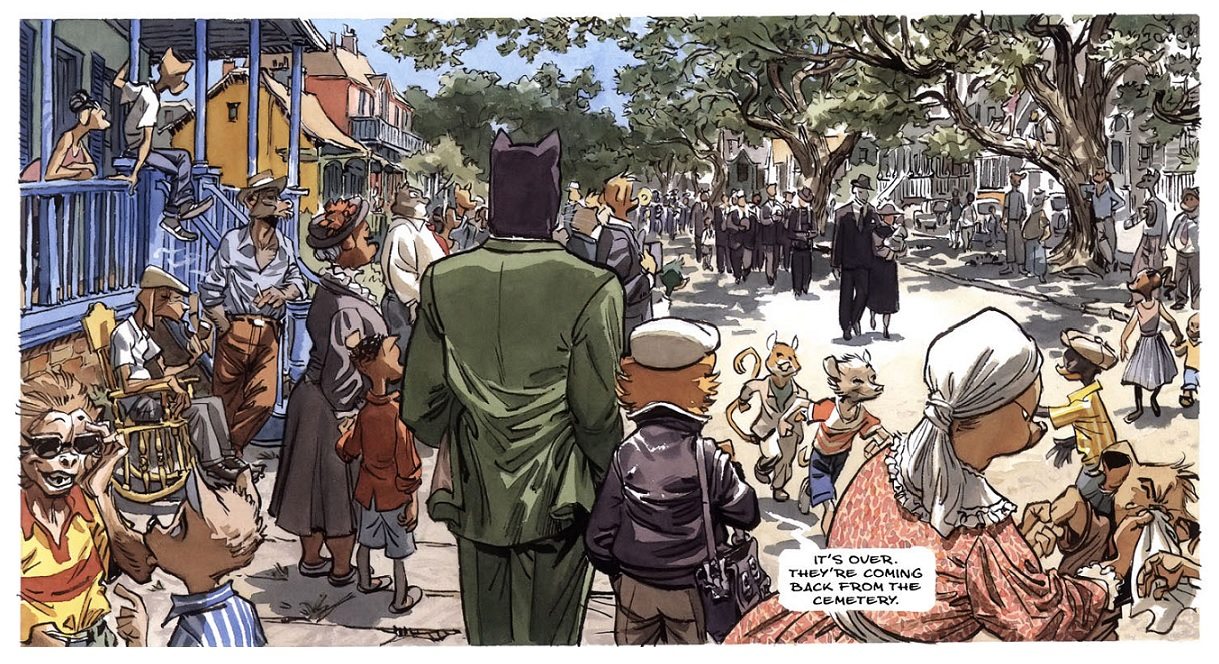 ‘Blacksad’ Is Everything a Grown-Up Comic Book Should Be