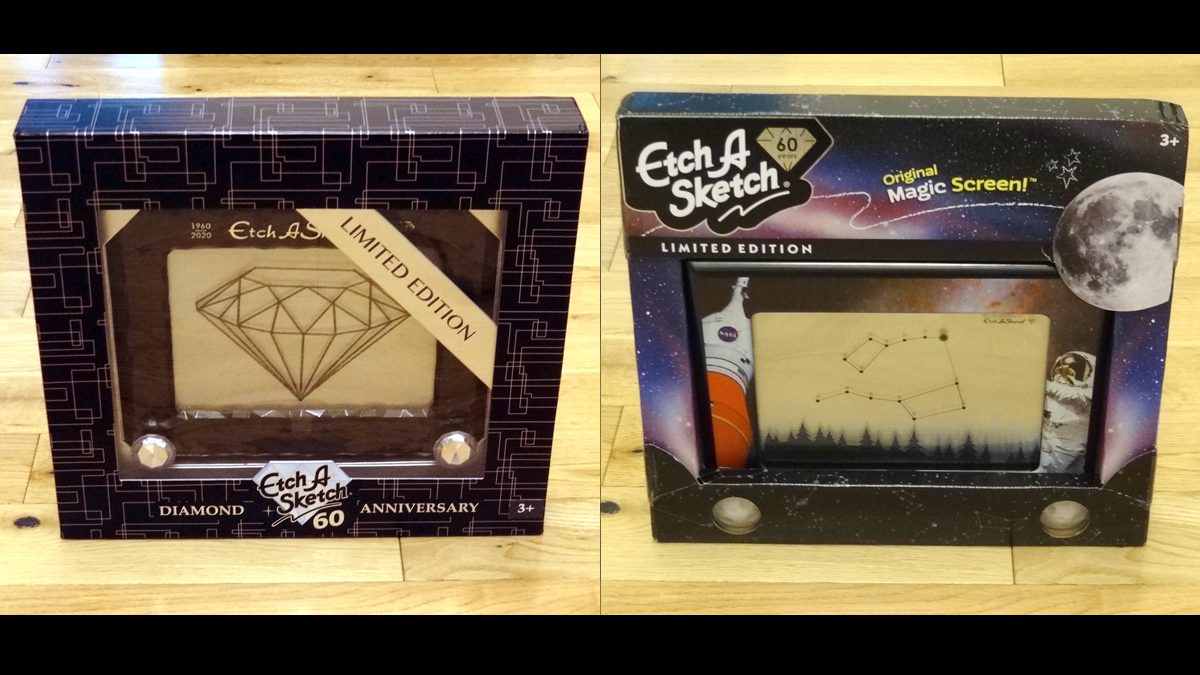 60 years ago this month, the Ohio Art Company introduced the world to the Etch A Sketch, a remarkable (and sometimes remarkably frustrating) drawing toy. The concept was simple: one knob moved the stylus left and right, and the other knob moved the stylus up and down. Combine the two knobs, and you could draw anything (in one continuous line, of course)! That was easier said than done, of course, and many of us grew up drawing variations of stairs and boxes before turning the Etch A Sketch over and shaking it up to erase it.

I grew up playing with Etch A Sketches, though I can’t remember if I ever owned one myself as a kid. I particularly liked drawing what I called “mazes”: space-filling patterns made entirely of horizontal and vertical lines. I rediscovered the toy during college, when I discovered I had a knack for drawing on them, and it’s been my silly party trick ever since. I’ve since made some permanent Etch A Sketch drawings, and I’ve also done drawings during Inktober that I called my Etchtober series.

This year, to celebrate the anniversary, Spin Master (who acquired Etch A Sketch in 2016) has created several special limited editions. They sent me two of them to try out: the NASA edition and the Diamond Anniversary edition.

The NASA edition has a black frame, printed with an image showing NASA’s Space Launch System (SLS) rocket on the left, and an astronaut on the right, with a starry expanse across the top and bottom. The knobs are moon-shaped: rounded domes with craters. NASA’s 60th anniversary was in 2018 and the 50th anniversary of the moon landing was last year, but earlier this year we also witnessed an important date in space exploration: the successful launch of SpaceX’s first crewed mission. I drew a picture of astronauts Robert Behnken and Douglas Hurley to celebrate. The one detail I didn’t really care for is that there’s an “Etch A Sketch 60th” logo printed at the top right corner of the screen. At first when I saw it in the package, I assumed it was printed on the little plastic cover that has the constellation “drawing” for display, but it’s actually on the Etch A Sketch screen itself.

The Diamond Anniversary edition is pretty fancy! Unlike the rest of the anniversary editions, this version actually uses a special mold for the black frame, giving it a beveled surface that extends around the edges of the toy as well. The knobs are beveled like giant diamonds as well, with a combination of silver and clear plastic. Over the screen itself, there’s also a glittery plastic film that sparkles in the light. The glitter can make the lines a little less sharp and dark than a regular Etch A Sketch, but it’s a neat effect. On the top of the frame, the embossed Etch A Sketch logo also has the dates “1960–2020” and a diamond “60th” icon next to it—I’m glad that this one doesn’t have the words printed on the screen itself.

There are three other editions as well: Stan Lee, featuring a cartoon Stan on the frame and on the knobs; Rubik’s Cube, with colorful cubes on the frame and square-shaped knobs, and Monopoly, with the monopoly board as the frame, including the “Go” and “Go to Jail” spaces as the knobs themselves. They’re all pretty cute, though I do wonder how well I’d be able to draw with the square knobs. All of them are available exclusively from Walmart, and they all cost $19.96 except for the Diamond Anniversary edition, which is $29.96.

If you’re a fan of Etch a Sketch (or, I suppose, Stan Lee or Rubik’s Cube or NASA or Monopoly), these editions are a fun way to celebrate! I wish they were available somewhere other than Walmart, but I’ve been told that these are limited and there aren’t plans to manufacture more once they’re sold out.

Happy anniversary, Etch A Sketch! Here’s to another 60 years of battery-free screen time! 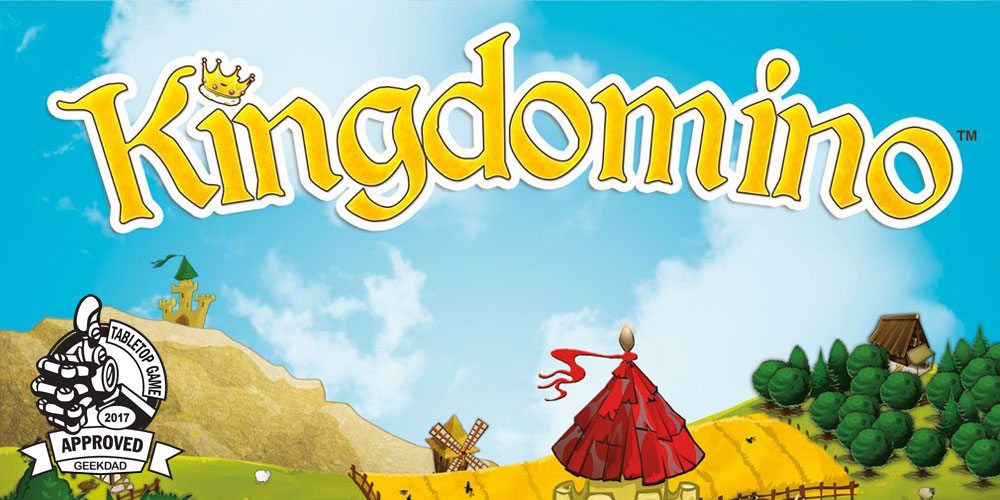 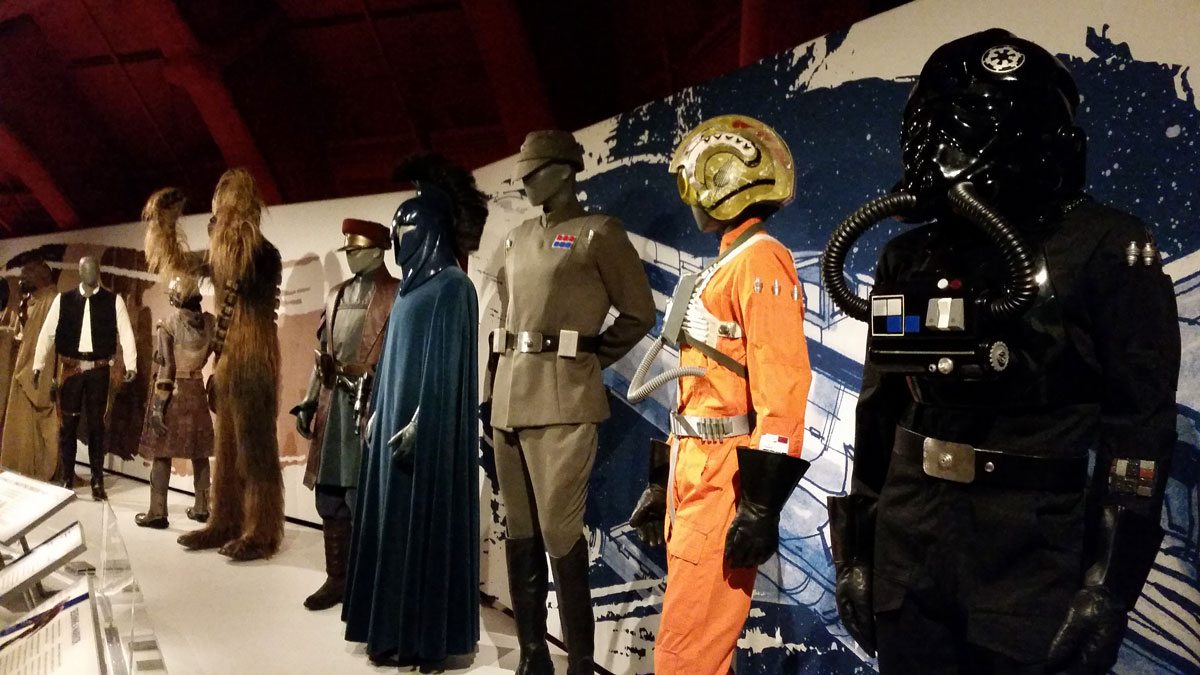