Ray: Steve Orlando’s Wonder Woman run is turning into a fascinating experiment now that it’s doing its own stories, pulling characters and plot threads from some super-obscure DC books – not all of which are WW-related. Last issue’s introduction of Valda, who I thought was an original character it’s been so long since she appeared, turned into a medieval brawl as Diana stopped her from killing more violent bar patrons and joined her in combat against a massive chrome minotaur.

It’s as over-the-top as it sounds, but Orlando clearly has a good take on Diana’s character. The ultimate resolution of the story in Wonder Woman #753, which has Valda returned to her time and Diana forced to answer for her unorthodox approach to the situation, is very well done. I like that Orlando has a good grasp on how Diana deals with justice differently than other heroes – she’s not wedded to the American system by any means.

Also interesting is the ongoing plot of Warmaster collecting her four horsewomen. She already had the chaotic villain Devastation under her thrall, and this issue she approaches the half-ogre recluse Armageddon. This is another character I’m unfamiliar with, but a brief google reveals the original version was a Nazi-affiliated villain from the 1970s.

This version is a victim of her family’s legacy, which continues the theme of Warmaster being twisted by her own parents’ evil. This is an intriguing mix of villains so far, but there are apparently two more coming – one from Diana’s side, and one the notorious Gail Simone-era villain Genocide. Orlando seems to be building to something big here, but before that he introduces a character who comes completely out of nowhere from a previous Supergirl run. At some points it feels like this run has a master plan, others it feels almost like a trip through the DC sourcebooks, but it’s always entertaining and unpredictable. 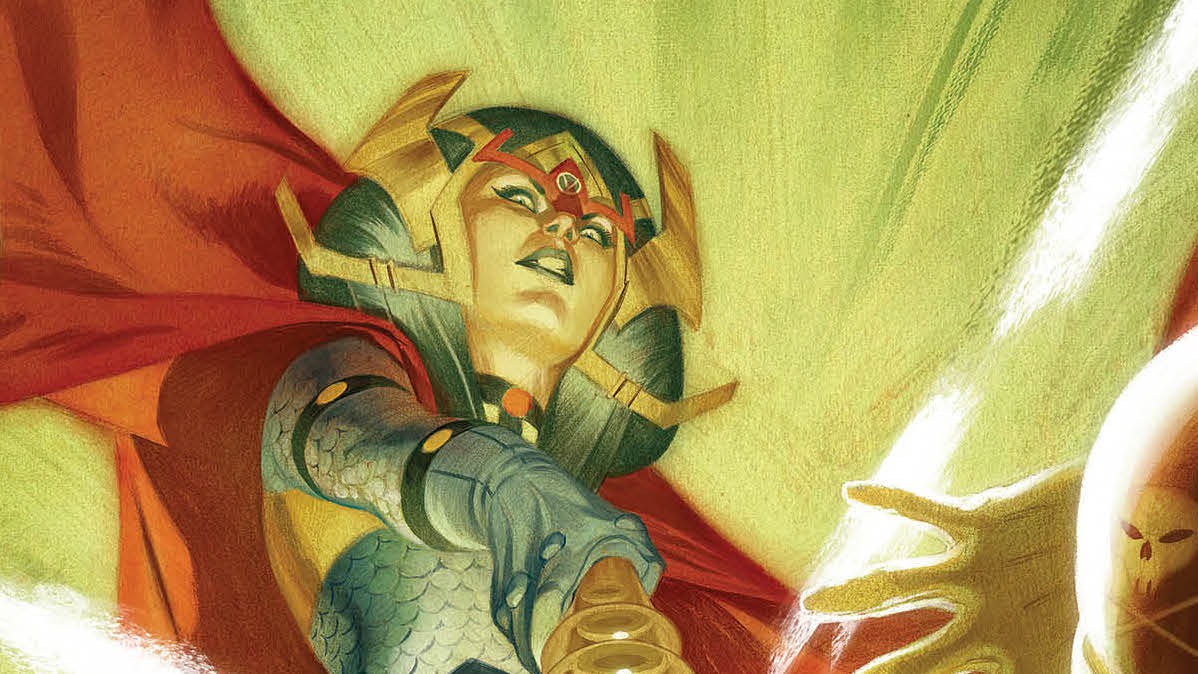