Warcaster: Neo-Mechanika is a new tabletop miniatures from Privateer Press, currently seeking funding on Kickstarter. At the time of this writing, there’s just over a week and a half to go in the campaign. Pledges range anywhere from a single force starter box at $70, all the way up to full core sets for all three factions for a whopping $900. Privateer Press will be shipping out in waves, and expect the first wave (which includes two of the core faction starter sets) to go out in July, with the subsequent waves to follow in August, September, and October. They are currently funded at $284K, with over 1400 backers. You can check out their campaign here.

Warcaster: Neo-Mechanika is set 5000 years in the future of the Iron Kingdoms, which is the world of Privateer Press’ other popular miniatures games, Warmachine and Hordes:

There was a time, the Keepers tell us, when all of humanity huddled upon a single rock, awaiting their end. The only world our forefathers knew was laid siege by an unstoppable horror.

Mighty heroes of their age rose up and held back the darkness until the Great Machine opened a path to the stars. We have never looked back.

Five thousand years have passed since we forged a new future a billion light years from where it began. We fought the Architects to share their space, and we fought their Guardians to master the void gates that connect our worlds. We unlocked the ancient secrets to a new form of mechanika…and then we used it to fight each other over the Thousand Worlds we had spread across, for it seems there is no planet, system, or galaxy big enough to satisfy the appetite for conquest our kind possesses.

Alas, it may have all been for naught. The Keepers have warned us that our galaxy is dying. Too much have we plundered from Cyriss, and yet more is stolen every day. Eventually, the Arcanessence that flows through our worlds will be depleted, the life force of our planets greedily harvested to feed our machines.  And even now, a darkness lurks on the fringes of our existence, promising the doom of man as we hurtle toward our moment of weakness when the only hope for humanity will once again be put in the hands of the heroes of our age: the Warcasters.

There are three different factions represented in the Kickstarter. As with most tabletop miniatures games, the number of factions will grow. In the meanwhile, here are the command groups for the initial factions:

This is a hobby tabletop game that uses 20-30 models per player, landing Warcaster: Neo Mechanika midway in size between a skirmish-level game and an army-level game. The multi-part miniatures are made out of both metal and resin, and require assembly and painting.

Privateer Press sent me out a few of the miniatures from their Marcher Worlds faction: a convention-exclusive Weaver model, a member of a Ranger Fire Team squad, and a Dusk Wolf Warjack. The Warjack can be built with several different weapons options; I just opted to put mine together with what I thought looked the best.

Here is a gallery of the miniatures, both in unassembled and completed forms:

You can find a preliminary copy of the rulebook, cards, and unit stats for the game at Privateer Press’ Warcaster page.

Warcaster: Neo-Mechanika is a high-speed hobby miniatures game for two players who each take on the role of a powerful Warcaster in command of a formidable battle force. Players assemble and customize a force of 20–30 models and fight a scenario-driven battle using dice and cards to control their mighty units and to cast epic Cyphers. The game is played using an alternating-activation turn sequence with a round tracker that governs scoring opportunities and the duration of ongoing effects. Players take turns activating units one at a time and using their rack of Cyphers: reality-warping spells that can be used to enhance their troops and warjacks or to devastate their opponent’s forces.

Something important to note for anyone that has played Warmachine and/or Hordes before is that you cannot win simply by killing your opponent’s warcaster as you could in those games. Victory is instead based on seizing objectives in scenario-based games.

For a good in-depth look at how Warcaster plays, I recommend watching this game featuring the starter box forces of the Iron Star Alliance and Marcher Worlds:

Why you should check out Warcaster: Neo-Mechanika

Since launching Warmachine back in 2003, Privateer Press has developed a reputation for delivering beautiful models and great gameplay, as well as some truly inspired worldbuilding. They look to continue that trend with Warcaster: Neo Mechanika.

Despite the far-flung setting, you can see the DNA of Warmachine and Hordes in the models and the gameplay of Warcaster. But this is not a simple reskin of the previous games, but rather present an evolution from the original source material. I used to play Warmachine, but one of the things that turned me off from the game was the “warcaster kill” mechanic. You could bring your whole force into your local games store and carefully set it up, only to find your opponent take down your warcaster on the very first turn, ending the game in minutes. It was definitely not enjoyable to be on the receiving end of that.

Removing the warcaster kill is far from the only change. There are gates that your models can deploy, to allow your forces to get summoned onto different parts of the battlefield. You can use “Arc” to power attacks not just in your warjacks, but in your troops and solo characters. And there is an alternating activation that allows you to activate both a unit and a solo on your turn.

From what I’ve seen so far, Warcaster: Neo-Mechanika is looking to be a fun, exciting tabletop miniatures game. But why back it now, instead of at retail?

For one, if you’re looking forward to the game, you’ll be able to get your hands on it and start learning and playing well in advance of those who wait for retail. And by backing the campaign on Kickstarter, you’ll be helping to unlock stretch goals, some of which include more models that will be added to your pledge. And it’s worth mentioning that if you’re in the United States, you’re going to get an additional bonus: free shipping!

Having gotten my hands on some of the models as well as reading about the different factions and watching gameplay videos, I’m personally excited for Warcaster: Neo-Mechanika. I feel like it’s going to provide some really engaging, fast-paced gameplay along with great painting opportunities when the first wave starts shipping this summer.

If you’d like to know more, take a look at the Warcaster: Neo-Mechanika website and you can back the game at their Kickstarter campaign page. 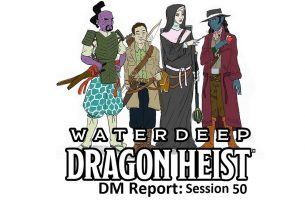 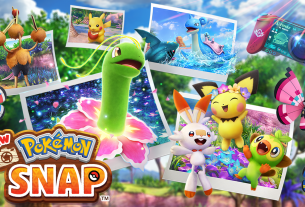