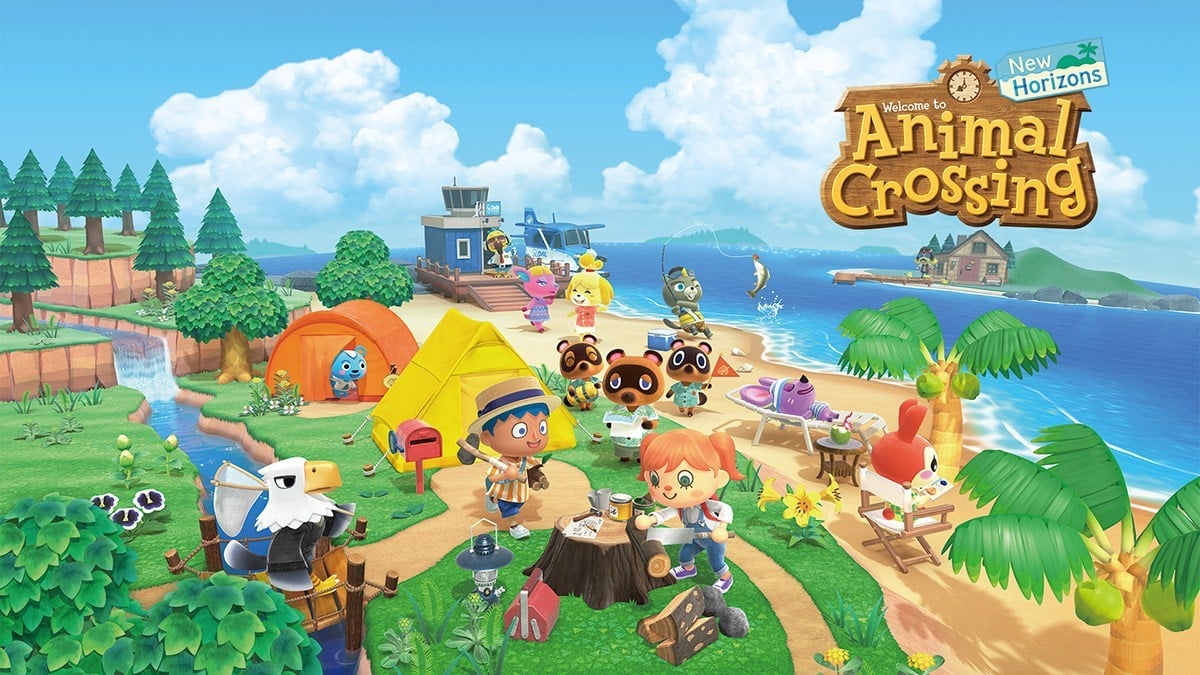 I haven’t yet had a chance to get any proper hands-on time with the upcoming Nintendo Switch title Animal Crossing: New Horizons—and, for the record, I plan to die mad about it—but like a lot of fans, I did tune in yesterday morning for the game’s long-awaited Nintendo Direct presentation. If you, however, managed to miss it, I’ve embedded the video in its entirety below. Go and sin no more.

There’s a lot of information packed into the above 28ish minutes, including new characters, new features, and lots of returning favorites. While I’ll try not to belabor the point or bore you with my own hot takes, there are a few items of particular note, so let’s dive right in.

Since it’s initial reveal, New Horizons has obviously been focused on not just island living but on how you as a player will work to grow, change, and customize said island to your liking. This begins by choosing your island destination from a number of available layouts—similar to the “Is this your town?” lead-in of previous games, though this time you can even specify your preferred hemisphere so that the in-game seasons match that of your own locality.

After an initial orientation from the team at Nook, Inc., you’ll be left to roam your island and erect your starter tent, and you’ll help existing island residents do the same. Early on this promises to be a fairly spartan existence, as Animal Crossing: New Horizons has an emphasis on crafting (a la the mobile phone iteration, Animal Crossing: Pocket Camp) that puts the creative onus directly on the player.

While this challenge to explore and gather resources promises to break up the incessant fetch-quests that typify the traditional early Animal Crossing experience, it also hints at this new chapter’s subtle evolution, as your island will slowly transform from a modest paradise with few occupants to a developed tourist hotspot complete with additional amenities, custom homes, and, in a fascinating new development, the ability to sculpt the very landscape to your liking!

All Things Old Are New Again

Alongside a suite of new features and residents—we’re looking at you, Flick the bug-collecting lizard—a lot of classic Animal Crossing elements are now confirmed to be returning. For starters, Isabelle and Tom Nook will once again be on hand to help you manage your island experience and continually shake you down for Bells, respectively.

Your island can host both more human residents (up to 8 per island) and multiplayer visitors, just as in previous releases, and party play is both available and encouraged. Custom clothing and item designs are again supported, this time using the new NookLink smartphone app to scan QR codes like those available in both Animal Crossing: New Leaf and Happy Home Designer. Even the Nook Miles program appears to be a variation on a theme, drawing inspiration from Pocket Camp‘s Daily/Event Goals system.

Perhaps most surprisingly, support for both amiibo figures and amiibo cards is included. This means you’ll be able to scan in all your favorite visitors—although access to some characters will have to be rolled out in future updates—with options to invite them to stay on long-term and use them to set up creative shoots on the new Photopia island.

Where, How, and When to Buy

If you’re a longtime fan, chances are you’ve already started making plans for New Horizons‘ March 20 launch. If you’re a newbie, a latecomer, or just a procrastinator, though, perhaps you haven’t yet explored existing pre-order and launch product options.

You can pre-order Animal Crossing: New Horizons from most major retailers, as well as digitally through the Nintendo Switch eShop. Unfortunately, while Asian and European regions seem to have their pick of cool pre-order bonus swag, offerings Stateside are a little underwhelming.

Currently, Walmart offers a tote bag festooned with the faces of the Nooks, Target bundles New Horizons with a themed Animal Crossing journal, and while Best Buy no longer seems to be offering their Tom Nook phone and tech badge, they will let you pick up a plush Bell bag (MRSP $19.99) with the game for a mere $5 more—if that’s something you’re into.

The much sought-after Animal Crossing: New Horizons Edition Nintendo Switch has long since sold out at most domestic retailers, with Covid 19’s serious shake-up of the Asian manufacturing sector likely contributing to the shortage. That said, Amazon has (briefly) brought back pre-orders for the system twice already, so you can at least add that to your wish list and cross your fingers.

On the accessory front, the Aloha-edition cases for both Switch and Switch Lite are still available for pre-order, as is a bevy of import-only options via reputable outlets like Play-Asia and Amazon.co.jp. (I’ve used both extensively in the past and have nothing but glowing recommendations.)

And that is—at least for the moment—it. If you have lingering questions about Animal Crossing: New Horizons that weren’t answered in the helpful F.A.Q. at the end of the Nintendo Direct or if you just want to share you hopes, dreams, and concerns about what I’m already pretty sure will be my game of the year, feel free to toss them in the comments below.

Oh, and don’t forget to follow the official Animal Crossing Twitter account for more news and reveals as we draw ever closer to that March 20 release date. Although, fair warning: they have handed the reins over to Tom Nook, so expect it to devolve into a raccoon-fronted multi-level marketing scheme in a matter of days. 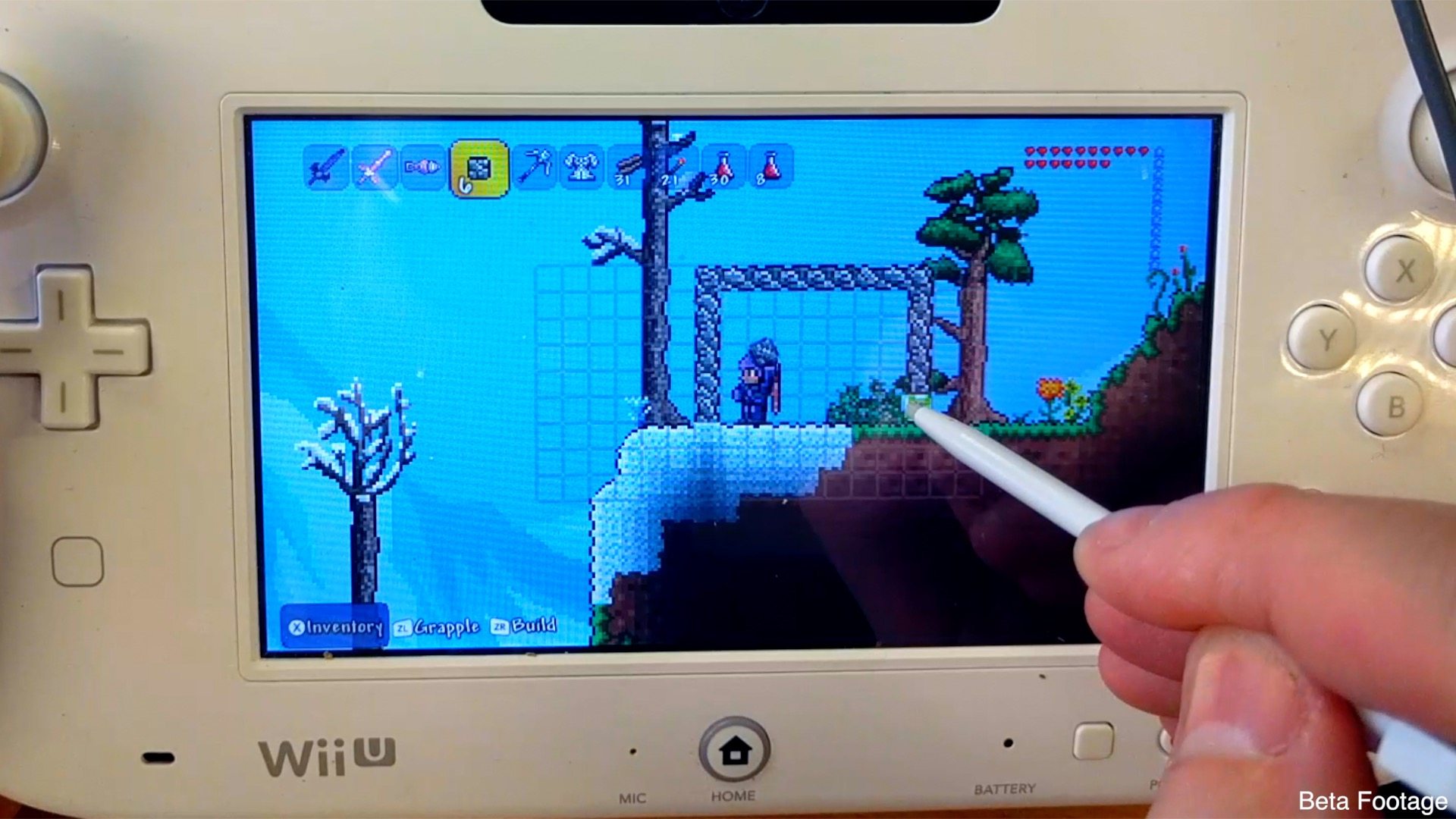 ‘Terraria’ Finds Its Home With Wii U Specific Features