Back in late October, I was approached by the makers of nTablet, who grabbed my attention right away. I’m normally wary of getting involved in crowd-funded devices (I’ve been burned before), but they were ready to ship me one – a final production model.

What makes the nTablet stand out? By being the ultimate open-source tablet – it’s not just the software that’s OS, but the hardware. This is a tablet for Makers.

The nTablet is a nice thick slab with a 7″ IPS display. The company wisely included both a full-sized USB and a MicroUSB that supports USB OTG (it also works as a charger). The Micro HDMI port works well for video output, and I’m always happy to see a headphone jack in 2019. There’s also a MicroSD port, then the usual volume and power buttons. There’s a pin connector for the cool charging dock (which has a built in wireless serial port that I have not gotten to play with).

But the absolute killer hardware feature on the nTablet are the two removable screws. Those hold the access panel in place, and removing that gives you access to a world of possibilities.

There are several different possible General Purpose Input/Output GPIO you can add to the nTablet (it takes both 20 Pin and 4 Pin boards and comes with the connection cables) to do, well, anything your tiny Maker heart might want, really.

Heck, you can even swap out the core board and have multiple case-uses.

What About nTablet Software, You Ask?

Now, I’m not a maker. For me, the appeal of the nTablet was flashing the OS. Which they make it very easy to do via tools online. I had some teething troubles, but despite a language barrier, they were able to make me a brilliant walk-through.

I traded the Linux install that came with the nTablet for a nice version of Android 8.1. There’s no Google Play store but installing the Amazon App store via APK was easy-peasy. I loaded some of my existing apps such as Plex and Sonic. I was impressed at how well the nTablet handled media

In fact, since the nTablet is 99% Raspberry Pi compatible (according to the parent company), I am strongly debating building the nTablet into a handheld game emulator.

Just one of the many fun possible uses.

Another fun possible use will be as a webOS device. Yes, nTablet is coming out with a take on Open webOS. As a former Pre and TouchPad user, this makes me giddy.

Who Is This For?

Don’t get an nTablet for most people. Get this for a Maker or Maker in the Making. Get it if your idea of fun is a quiet afternoon compiling a program or swapping out a system board. Grab this if the word “Rom Kitchen” means something to you.

In short, this is a TechGeekTablet. Perfect for many who come here.

The Kickstarter has been successful way beyond the original goals: $20,105 when they were only trying for $7,712. And that’s from just 80 backers…with three days left as I write this.

They finish Saturday, January 11th. For a base $299 you can join that select crowd…and you can get more if you pay a bit more (as is the norm for crowdfunding sites). Check it out and see what you can get.

Note: nTablet sent me this tablet for review purposes and has been patiently waiting for me to get this up. How about a big round of applause? 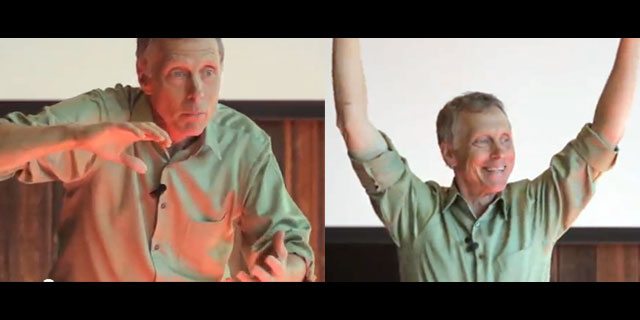 1 thought on “Review: nTablet is Made For Hacking”