Ray: The indie world is full of incredible talents that don’t get the attention they should, and topping that list is Daniel Warren Johnson. A writer/artist who draws a post-apocalyptic world like no one else, he had not one but two underrated masterpieces – the deeply personal future war comic Extremity and the heartbreaking surreal cancer saga Murder Falcon.

So I was thrilled to hear that DC Black Label was giving him a massive new platform for the first Wonder Woman story to debut in the line. Wonder Woman: Dead Earth #1 is unmistakably a Johnson comic, filled with his vivid, often gruesome depictions of the dark world of the future. It keeps the source of the apocalypse vague, but it reminds me a lot of classics of the genre like Alas, Babylon where a nuclear war unleashed humanity’s worst.

Diana is the main character here, but in many ways we’re not seeing the story through her eyes. Our point of view characters are a group of survivors who scavenge in a world ruled over by monsters for enough supplies – and other darker things – to get their rations from their local warlord.

With a human madman on one side, and a group of inventively gruesome monsters named Haedras on the other, the odds are against the heroes and we lose some of them just as we’ve barely gotten to know them. When they discover a confused, weakened Diana in a tube, she quickly turns the tide – and discovers she’s the last survivor from her group of heroes. There is little time to adjust, though, as she’s quickly betrayed by some of her new allies and turned over to our villain.

Some of the themes in this comic definitely earn the Black Label banner. Not only is there quite a bit of gore and body horror, but the elements of sex slavery are front and center – at least in dialogue. I think this was likely introduced to make it all the more satisfying when Diana gives the warlord exactly what he deserves. The futuristic society has elements of the most debauched eras of ancient Rome, complete with a gladiator arena where Diana is banished after angering the warlord – where she meets a grotesque version of one of her oldest enemies and discovers just how twisted this world actually is. Johnson is a master of sneaking horrifying details into the art to keep you a little uneasy in every scene.

Ultimately, this comic could have easily descended into post-apocalyptic tropes, with Diana’s journey from captive to leader being a bit rushed. But this comic understands Diana a lot better than most writers. It brilliantly explains why she’s so driven by love and what actually draws her to humanity. It leads her to forgive traitors, punish rather than kill her enemies, and fight to defend people she’s barely met. It’s easy to see why Diana ends the issue as a beloved leader – I would follow her into hell too. Daniel Warren Johnson is just starting to get a mainstream profile, but this should go a huge way to elevating him in the conversation. It’s one of the best Black Label books yet.

Did You Miss It? The Final Week of Maker Camp Is Here! 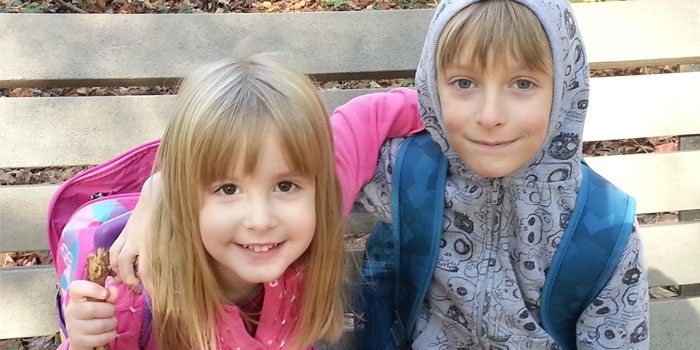