Ray: One of the hardest acts for any comic book writer is to jump on in the middle of someone else’s storyline, and that’s what’s kneecapped the first act of Steve Orlando’s run, including Wonder Woman #83. His first annual was a strong original story introducing a major new villain, but in the main title he’s wrapping up the loose threads from G. Willow Wilson’s run to mixed effect.

When we last left off, Cheetah had invaded Themyscira to attack the Amazons, hoping to get the attention of the Gods so she can kill them. It’s a much more unhinged version of Cheetah than we’ve seen before, maybe due to the influence of the Godkiller sword, and she’s tearing her way through Maggie and the Amazons when Diana shows up. The art on Cheetah is better than last issue, but she still looks much more animalistic than in past runs and seems to spend most of her time rambling at Wonder Woman as she tries to scratch her.

The two fight until Cheetah crashes the Invisible Jet in Boston and attracts the attention of the locals – including Silencer, who is vacationing with her family and is more than a little upset at being interrupted. I wasn’t sure if we would see Silencer again once that line wrapped, but I always liked her status quo and I’m glad she’s not getting lost in the shuffle. Unfortunately, here she doesn’t quite feel like herself. She’s brash, reckless, and trigger-happy, not at all like a highly trained assassin. She actually reminds me of Red Hood in places in her dialogue. Diana is trying to not get killed by Cheetah and keep Silencer from killing Cheetah.

The one thing Orlando definitely gets right is his characterization of Diana – she’s having a good week overall – but she’s stuck in a story that doesn’t quite live up to her potential. The cliffhanger introduces a major new player, so I’m hoping this run picks up as Orlando gets more into his own storyarc. 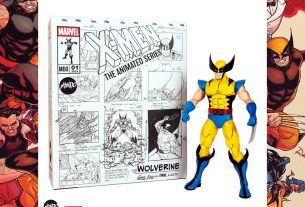