Blackest Night was the biggest event comic of Geoff Johns’ career, and it took his epic run of Green Lantern from a single-book hit to a line-wide phenomenon. Equal parts Zombie thriller and cosmic adventure, it was plenty dark as is – so taking it darker is a hell of a task. Fortunately, former Green Lanterns writer Tim Seeley and up-and-coming horror artist Kyle Hotz are up to the task. I don’t envy anyone doing a zombie comic right now after DCeased broke the doors down, but the Black Lanterns were always a different breed – highly intelligent, cunning, and driven to spread their plague by a cosmic evil. The personal element of the horror added a disturbing edge to it that remains here.

Surprisingly for a cosmic comic, this book has the smallest cast of the three one-shots so far.

The divergence point is when Sinestro gained the White Lantern ring. In the original comic, he decided to spread the power and a new Corps was born. Here he tries to hold onto it out of spite, loses control, and winds up one of the few survivors in the universe before eventually killing himself out of grief and madness. Weeks later, only Dove – immune to the Black Lanterns because of the nature of her power – and the near-unkillable Lobo surviving. Lobo’s received a mysterious communication from Takron-Galtos that’s hired him to kidnap Dove and bring him to the prison planet.

Into the middle of this comes Sinestro, returning from limbo and now caught between life and death – and holding the power of the black and white rings, able to briefly resurrect Black Lanterns only to return them to death with a new sense of horror.

Despite the grim tone, Dark Multiverse: Blackest Night #1 feels a lot like a road-trip odd-couple comedy. Dove’s optimism, Sinestro’s cynicism combined with a new sense of humility, and Lobo’s relentless lust for violence make an entertaining combo, and a fourth x-factor livens up the gang at Takron-Galtos (although his story takes a shockingly dark turn that some readers may not be comfortable with, but that’s the Dark Multiverse).

A full cast of guest heroes and villains returns as Black Lanterns in a world overrun by them, and it all ends to a twisted ending that delivers an unexpected development that would be funny if it wasn’t so hilarious. The Knightfall one and this one-shot feel like they added a genuinely new look at these iconic events, and there’s characters and developments in them I wouldn’t mind seeing revisited. That’s the key to a good alternate reality horror story – we know how we got there, and there’s an interesting story to be told. 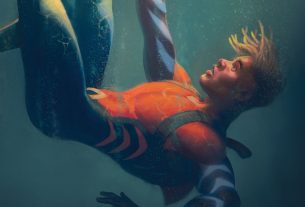